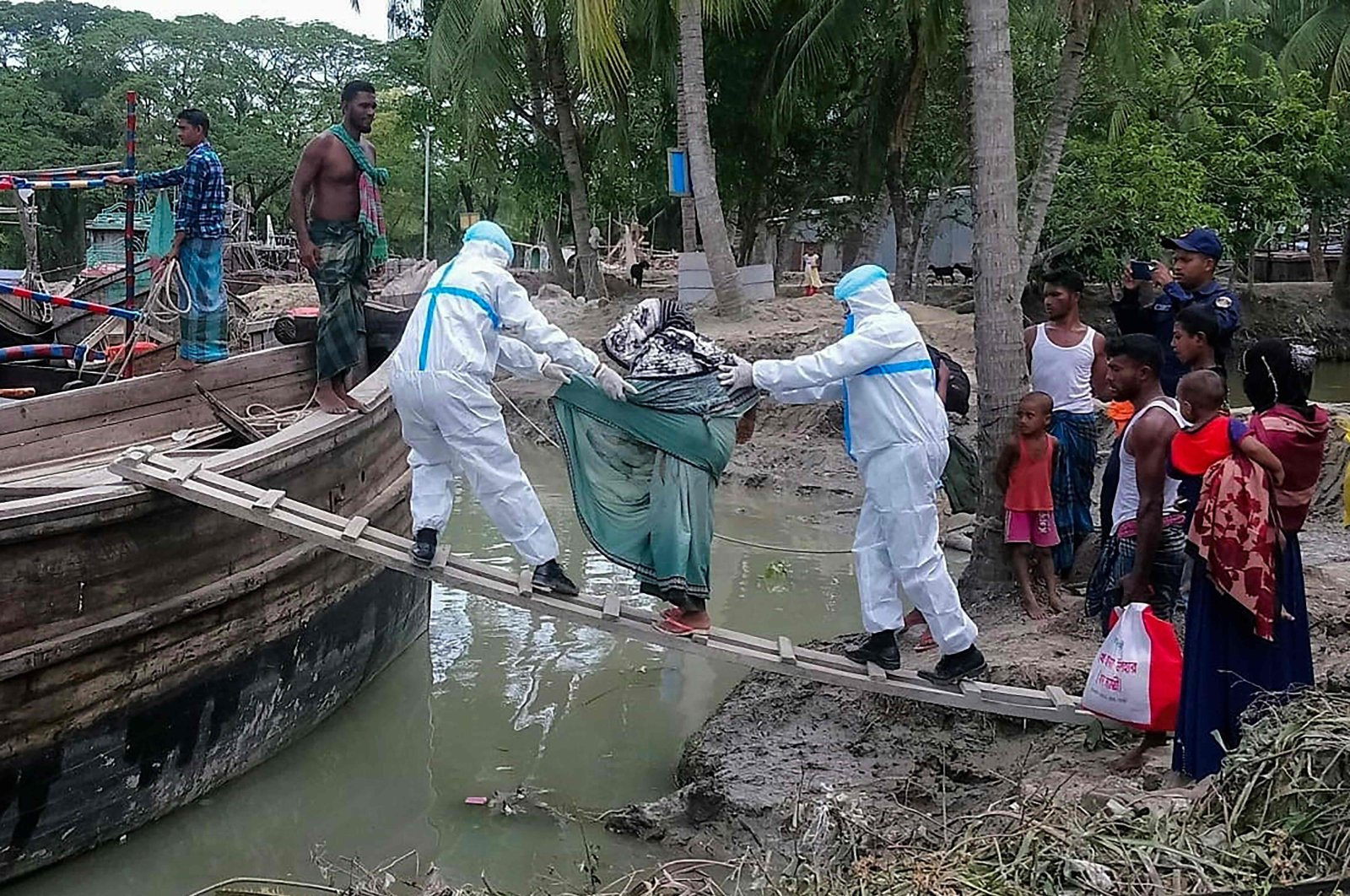 Residents are evacuted in Dhalchar village on the island of Bhola as Cyclone Amphan barrels towards Bangladesh's coast, May, 19, 2020. (AFP Photo)
by French Press Agency - AFP May 19, 2020 4:26 pm
RECOMMENDED

Millions of people were being moved to safety Tuesday as one of the fiercest cyclones in decades barreled towards India and Bangladesh, with evacuation plans complicated by coronavirus precautions.

Both countries are under various stages of lockdown because of the disease, with infections still surging.

Junior disaster management minister, Enamur Rahman, said the number of shelters had been doubled to ensure social distancing, and everyone would be made to wear face masks.

"We are also keeping separate isolation rooms in the shelters for any infected patients," he told AFP.

But the Catholic Relief Services (CRS) aid group said coastal dwellers faced "an impossible choice" of braving the cyclone by staying put, or risking being infected with coronavirus in a shelter.

CRS' Snigdha Chakraborty warned of "grim days ahead" as limited access to safe water and health facilities take their toll on locals whose livelihoods have already been devastated by the pandemic.

On Tuesday Amphon was still several hundred kilometers out to sea in the Bay of Bengal, packing winds of up to 235 kph and gusts of 255 kph. It was expected to make landfall on Wednesday afternoon or early evening.

In India, weather office director general Mrutyunjay Mohapatra told local media that Amphon would be the most powerful weather system since a super cyclone in 1999 killed 10,000 people in the eastern state of Odisha.

"Authorities are also supplying masks and sanitizers and making arrangements so that they can maintain a safe distance from each other," he said.

In Odisha, relief commissioner Pradeep Kumar Jena told AFP that 20,000 people had been evacuated, with 600 disaster response teams standing by.

"We will evacuate more people depending on the situation. No one will be allowed to stay in huts with thatched roofs in coastal areas," Jena said.

Indian Prime Minister Narendra Modi tweeted that he was praying for everyone's safety after chairing a virtual meeting on preparations Monday.

Although not predicted to be on the direct path of the storm, south-eastern Bangladesh is home to almost a million Rohingya refugees from Myanmar, most living in vast camps of shacks. The first coronavirus cases were reported there last week, and by Tuesday there were six confirmed cases.

The U.N. said emergency items such as food, tarpaulins and water purification tablets had been stockpiled.

Bangladesh's coast, home to 30 million people, and India's east are regularly battered by cyclones that have claimed the lives of hundreds of thousands of people in recent decades. A typhoon, tornadoes and flooding killed 139,000 in Bangladesh in 1991, while in 2008 Cyclone Nargis left 138,000 people dead or missing in Myanmar. While the storms' frequency and intensity have increased, blamed partly on climate change, deaths have fallen thanks to faster evacuations, better forecasting and more shelters.