Minors among dozen killed in mosque targeted by Afghan airstrike 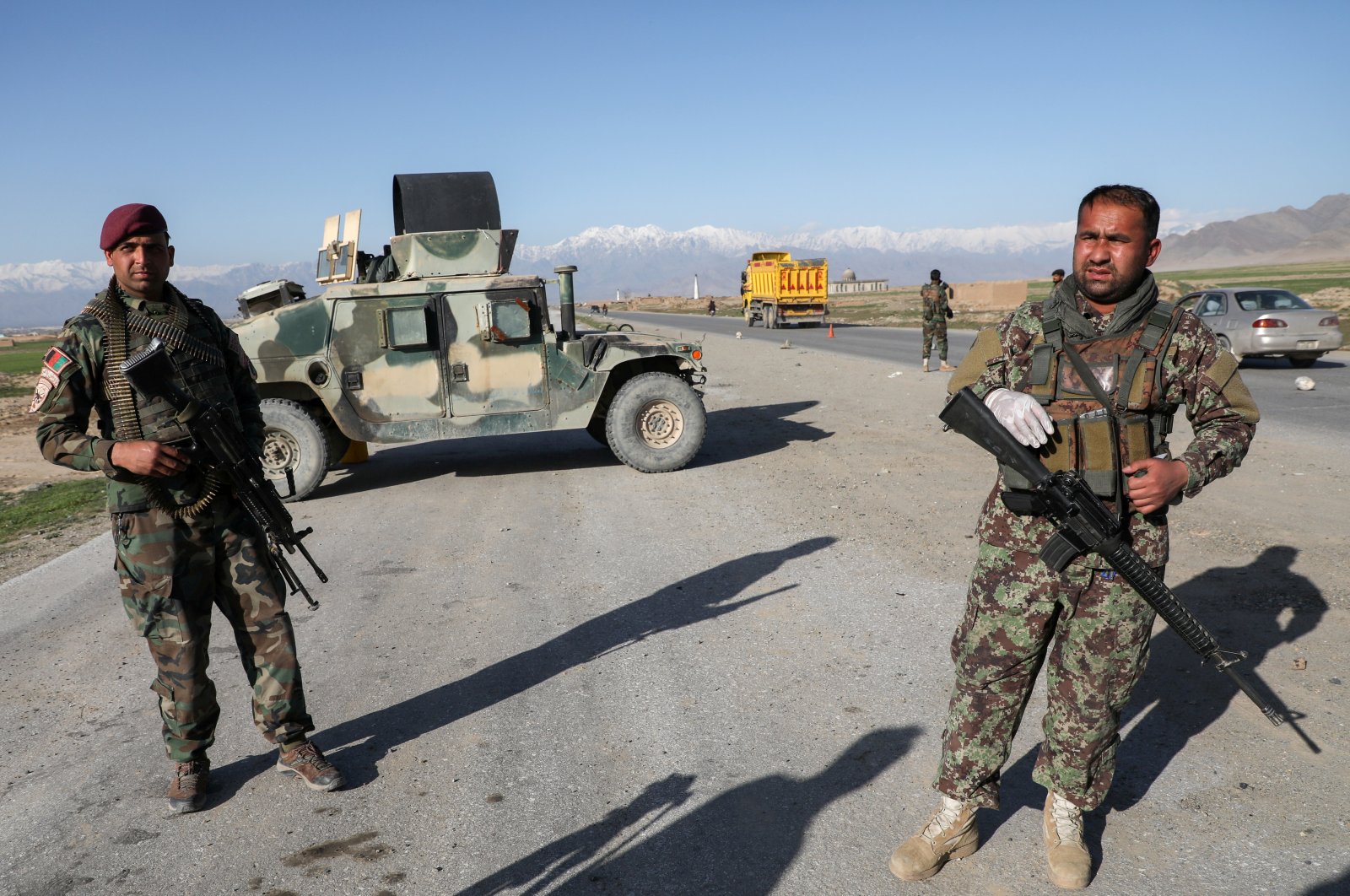 Afghan National Army (ANA) soldiers stand guard at a checkpoint near the Bagram Air Base north of Kabul, April 2, 2020. (REUTERS Photo)
by Agencies Oct 22, 2020 9:02 am
RECOMMENDED

An Afghan military airstrike targeting Taliban fighters killed at least 12 people, including children, and wounded 14 in an attack that hit a mosque in the northeastern province of Takhar, provincial officials said on Thursday. The strike came Wednesday after suspected Taliban fighters targeted Afghan security forces in the area.

"The airstrike was carried out when the victims were busy studying the Holy Quran," provincial police spokesperson Aseer said, adding that a prayer leader was among the dead. He did not give the ages of any of those killed.

Taliban fighters had killed at least 37 government troops in attacks over the past 72 hours as the insurgents mounted an offensive to overrun Baharak district in Takhar, prompting government forces to call in air support, provincial officials said. Abdul Qayoom Hayrat, head of the provincial health department in Takhar, said that 10 of the dead were members of Afghan special forces. A Taliban spokesperson, Zabiullah Mujahid, confirmed the insurgents were engaged in fighting with government forces in Takhar.

Afghanistan is suffering heightened levels of violence while talks are underway in Qatar that could help the United States find a way out of its longest war. Despite joining peace talks with the Afghan government in Qatar last month, the Taliban have only increased violence in a bid to wield leverage in the negotiations.

The U.S. signed an agreement with the Taliban in February to promote a negotiated end to the 19-year-old conflict, and talks between the insurgents and the U.S.-backed government began more than a month ago but have yet to yield any major breakthrough. The top U.S. envoy to Afghanistan, Zalmay Khalilzad, said earlier this week that fighting is threatening the peace process.