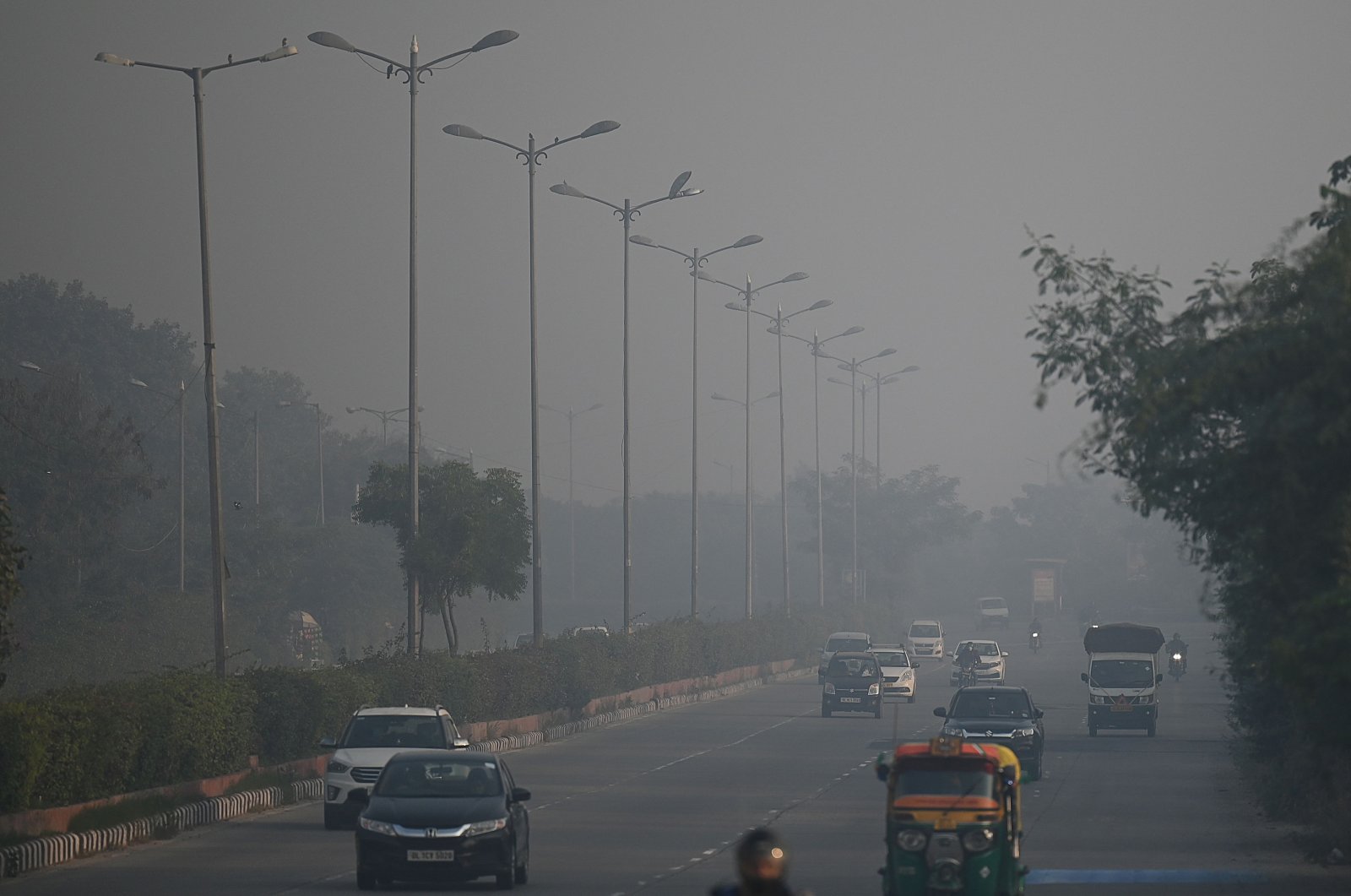 The national capital is in the middle of a severe air pollution problem, forcing authorities to take emergency measures.

"When one suffers from this ailment, it means the lungs are already compromised – whatever be the reason that led to lung problems,” said pulmonologist Jalil Parkar.

"When you have pollution, be it in any city, this pollution aggravates the compromised lungs. So the person starts coughing, getting an infection, and the person starts becoming more breathless. When there is the problem of breathless, it triggers underlying asthma... one has to use a nebulizer or oxygen or the patient may also need hospitalization," Parkar told Anadolu Agency (AA).

He said authorities should work on the issues that are creating pollution.

"You need to see it, the pollution which is triggering all the respiratory illness, during the period such as winter. Those factors, which are contributing to pollution – they are tackled rather than just treating the patients," he said.

"Patients will become better, but we will keep on getting this as and when the pollution rises. You need to tackle these issues, which are creating pollution," Parkar noted.

Air pollution has become a regular problem in the capital during the last few years. This week, authorities extended the closure of educational institutions and work from home in government offices.

Smog is blamed for more than a million deaths in India annually, and a recent University of Chicago study found that air pollution was likely to reduce life expectancy by more than nine years for four in every 10 Indians.

Authorities have struggled to address the root causes, with national coal consumption nearly doubling in the last decade.

India fought more ambitious curbs on dirty energy at this month's COP26 climate summit, a move driven by its need for cheap fuel to power its booming economy.

Rural agricultural workers meanwhile constitute a powerful voting bloc and year-end farm fires – the cheapest way to clear fields before the next growing season – continue unabated despite a ban two years ago.

Winters in the capital, once appreciated for their mild weather after the long and scorching summer months, have become an annual endurance test for its inhabitants.

Anumita Roychowdhury, executive director for research and advocacy, at the Centre for Science and Environment told AA that sudden spikes in pollution have an immediate trigger effect on vulnerable populations who are already suffering from respiratory conditions, asthma and cardiac conditions and the problem increases the number of patients in hospitals.

"The available data in Delhi shows that emergency hospital admissions due to these symptoms increase during winter due to elevated pollution. Also, children and the elderly are vulnerable. Long-term exposure to pollution weakens lungs and impacts other organs of the body which also reduces life expectancy and increases premature deaths. Several studies are pointing in that direction," she said.

Roychowdhury said while the Delhi government has taken several important steps to control the problem, it has not yet been rolled out in other regions and more action is needed.

"More action is needed to scale up public transport systems, walking and cycling infrastructure, electrification of vehicle fleet and complete processing of wastes to stop waste burning and strong action on construction and construction dust. Moreover, comprehensive and integrated action is needed not only in Delhi but across the national capital region to clean up the entire air-shed," she said.

"Only temporary emergency measures that have just been implemented to control smog, like shutting down schools, stopping of construction and coal-based industry and power plants among others, can at best prevent worsening of the current situation. But more systematic round the year action is needed to sustain the change," according to Roychowdhury.

Delhi-based pulmonologist Richa Sareen believes the government and the public need to work harder to combat the problem.

"We need more efforts not just from the government, but from ourselves as well. We have to be cautious, we shouldn't be going out during the smog hours, we should be wearing N95 masks as well. We should be using an air purifier indoors. We should not exercise outdoors in such conditions," she told AA.

"We should use our prescribed inhalers and medicines regularly and get in touch with the doctor if any symptoms emerge," Sareen said.