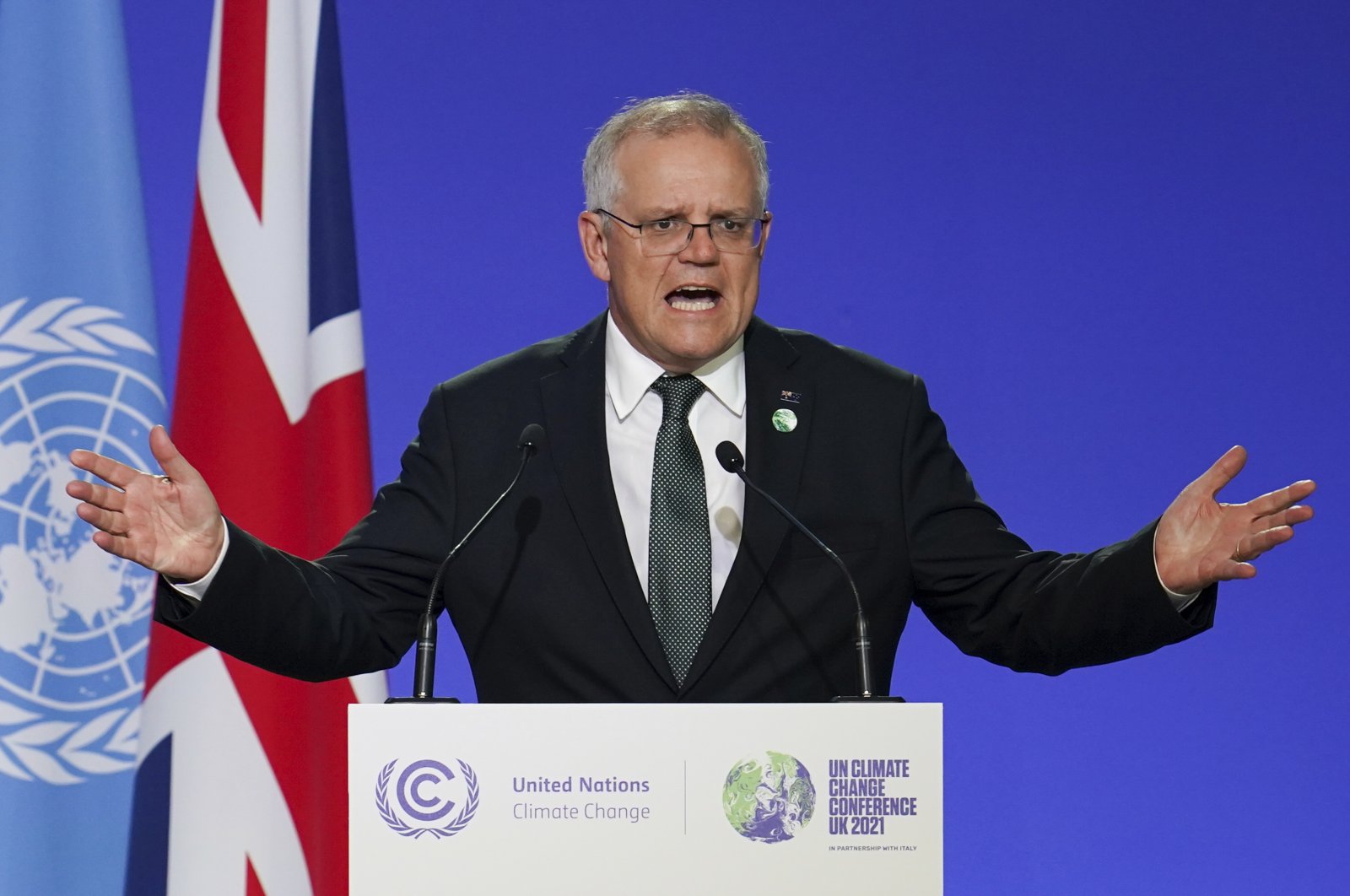 An Australian newspaper cast doubt on President Joe Biden’s explanation to Macron last week that the U.S. leader thought the French had been informed long before the September announcement that their AU$90 billion ($66 billion) submarine deal with Australia would be scrapped.

Macron this week accused Morrison of lying to him at a Paris dinner in June about the fate of a five-year-old contract with majority French state-owned Naval Group to build 12 conventional diesel-electric submarines.

Australia canceled that deal when it formed an alliance with U.S. and Britain to acquire a fleet of eight nuclear-powered submarines built with U.S. technology. Morrison told Australian reporters who had accompanied him to Glasgow, Scotland, for a U.N. climate conference that he made clear to Macron at their dinner in June that conventional submarines would not meet Australia’s evolving strategic needs.

Two days before Morrison, Biden and British Prime Minister Boris Johnson announced the nuclear submarine deal, Morrison attempted to phone Macron with the news, but the French leader texted back saying he was not available to take a call, The Australian newspaper reported. Macron asked: "Should I expect good or bad news for our joint submarines ambitions?” the newspaper reported Tuesday.

A journalist asked why Morrison decided to leak the text message after Macron accused him of lying, but the prime minister did not directly answer.

"I’m not going to indulge your editorial on it, but what I’ll simply say is this: We were contacted when we were trying to set up the ... call and he made it pretty clear that he was concerned that this would be a phone call that could result in the decision of Australia not to proceed with the contract,” Morrison said.

French officials said their government had been blindsided by the contract cancellation which French Foreign Minister Jean-Yves Le Drian described as a "stab in the back.” Macron said this week the nuclear submarine deal was "very bad news for the credibility of Australia and very bad news for the trust that great partners can have with Australia.”

Morrison said Macron’s accusation of lying, which the prime minister denies, was a slur against Australia. Most Australian observers see it as a personal insult against Morrison.

"I don’t wish to personalize this, there’s no element of that from my perspective,” Morrison said. "I must say that I think the statements that were made questioning Australia’s integrity and the slurs that have been placed on Australia, not me – I’ve got broad shoulders, I can deal with that – but those slurs, I’m not going to cop sledging of Australia. I’m not going to cop that on behalf of Australians,” Morrison said.

Sledging is a cricketing term for abusive needling of opponents.

Biden told Macron that the handling of the Australian submarine alliance was "clumsy” and ”not done with a lot of grace.”

"I was under the impression that France had been informed long before that the (French) deal would not go through. I honest to God did not know you had not,” Biden told Macron.

But a 15-page document negotiated by the White House National Security Council with Australian and British officials detailed to the hour how the world would be told about the trilateral submarine deal, The Australian reported.

Defense Minister Peter Dutton confirmed that the United States and Britain were kept informed on Australia’s dealings with France, saying the three nuclear-propulsion allies "worked very closely together in lockstep.”

"There was a no-surprises strategy,” Dutton told Sydney Radio 2GB. "The United States and the United Kingdom were kept informed of our every move, and similarly us of theirs, and the suggestion that we went outside of that or there was some other process is, of course, just plain wrong,” Dutton added.

Malcolm Turnbull, the Australian prime minister who signed the French submarine contract and considers Macron a personal friend, has accused News Corp newspapers, including The Australian, of being biased toward Morrison’s conservative government.

Morrison "can twist and turn and leak a text message here and leak a document there to his stenographic friends in the media, but ultimately the failure here was one of not being honest,” Turnbull said.

"The French president has an election coming up. There are all sorts of pressures on him and I think for us to lower the tone by leaking private text messages – really?” said Bishop, who was foreign minister and Morrison’s Cabinet colleague from 2013 until 2018. "I’m concerned that the rest of the world will look at Australia and say: Nah. Can Australia be trusted on contracts not to leak private messages?” she added.

Opposition leader Anthony Albanese, who aims to replace Morrison as prime minister at elections due by May, echoed Bishop’s criticism of the leaked text.

"The leaking of this text message is a considerable escalation of the conflict,” Albanese said. "Diplomacy requires trust and it requires somber engagement between leaders,” he added.

French Ambassador to Australia Jean-Pierre Thebault, who was recalled to Paris in protest at the scrapping of the submarine contract, will outline French complaints about the government’s behavior when he addresses the National Press Club of Australia on Wednesday.

Foreign Minister Marine Payne on Monday had her first meeting with Thebault since his return. Payne said in a statement the pair had a constructive discussion and their meeting was an important step in advancing the bilateral relationship.