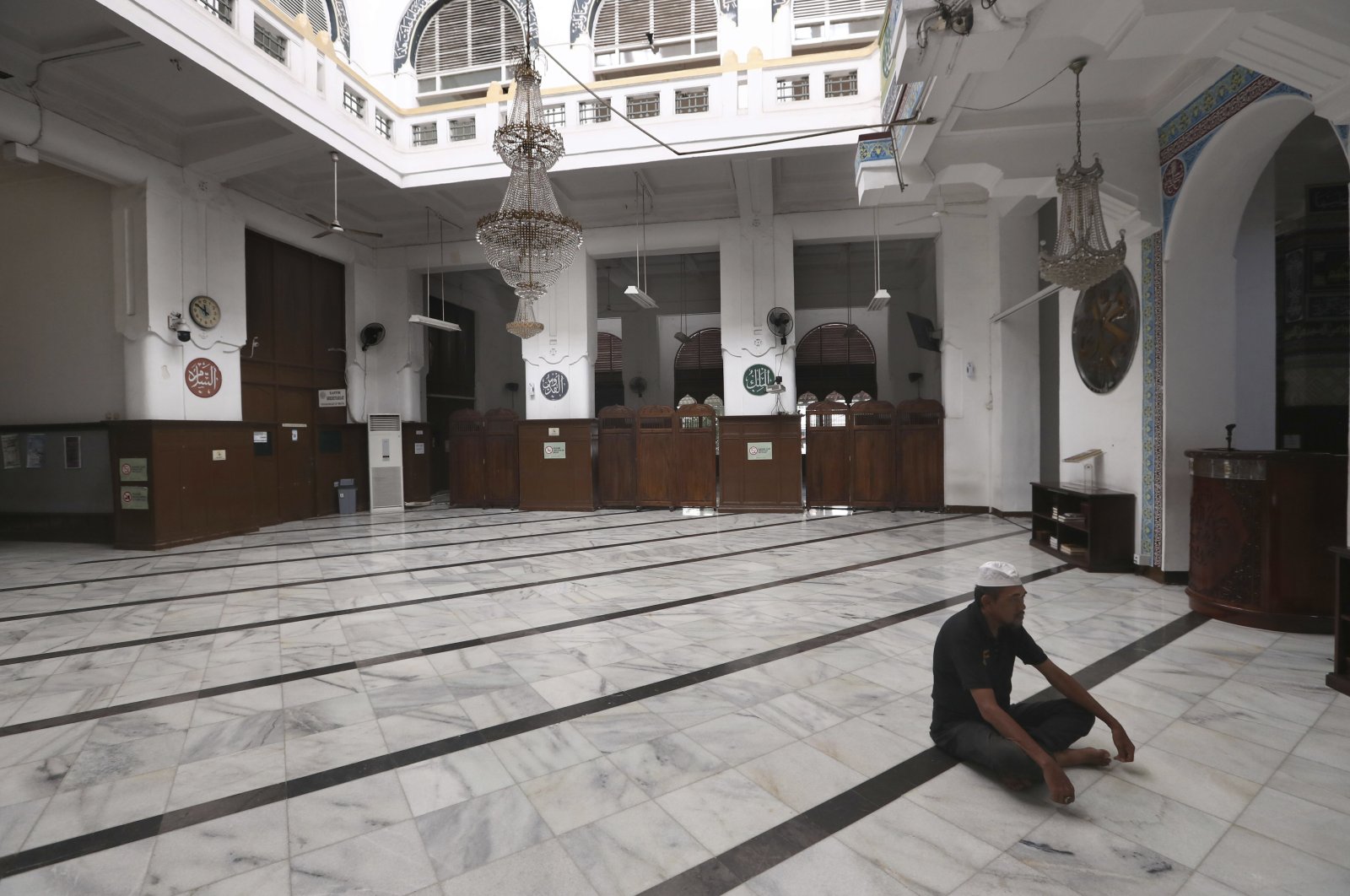 Mosques usually filled for Friday prayers and streets normally clogged with cars and motorcycles were empty as authorities in Indonesia’s capital enforced stricter measures to halt the spread of the new coronavirus after deaths spiked in the past week.

Under the new measures that went into effect Friday, Jakarta's mosques have been closed, as have shopping malls, restaurants and parks. Cars can only carry a maximum of three people, while motorcyclists can no longer carry passengers. Public transportation will now run at half-capacity and stop at dusk.

"There are no buses now," said Siti Maharani, who lost her job at a now-closed Jakarta mall and was trying to return to her home town. "This pandemic crisis makes life more difficult.”

The new measures come as pressure builds on President Joko Widodo to do more to stop the spread of the virus in this country of nearly 270 million people, the world’s fourth most populous.

Widodo has ruled out a complete lockdown for the country, citing Indonesia’s cultural characteristics, lack of discipline and the potential economic damage. Instead, he has pushed forward with social distancing measures – including a countrywide request for people to stay home – and plans for widespread testing, though the latter has proven difficult due to the country's ability to process only a few hundred of the most accurate tests a day.

That has put him at odds with Jakarta Gov. Anies Baswedan, who has been seeking tougher, enforceable restrictions amid growing concerns about undetected cases in this metropolitan area that's home to 30 million people. The Health Ministry finally agreed to Baswedan's request for widespread social restrictions on Wednesday.

"I know this policy is hard enough to carry out,” Baswedan said late Thursday night. "But this was made to save lives and break the chain of coronavirus transmission.”

Indonesia was one of the last countries in Asia to report a case of the virus. Various Indonesian officials attributed the lack of cases to everything from the population’s piousness to the country’s weather, though experts say it was more likely a lack of testing and the virus was spreading all along.

Finally last month a number of clusters emerged, including one linked to a gathering at a Jakarta mosque in which 73 of about 150 worshippers tested positive.

The virus deaths of six dentists who had unknowingly treated infected patients increased public suspicion about the real number of cases, So too did an unexplained surge in burials in Jakarta last month, when 4,400 people were buried, 40% more than any month in the past two years.

Indonesia now has more than 3,500 confirmed infections, more than 1,750 of those in the capital. Of the country’s 306 virus deaths, 154 have been in Jakarta.

Health workers have warned hospitals could be overwhelmed shortly, while rights groups have called on the government to provide more safety gear for medical personnel following the deaths of at least 19 doctors and six nurses from the virus.

The new measures in Jakarta, which will be reevaluated every two weeks, give authorities more power to press people to stay at home and force businesses to close. Police have the power to dismiss any event with more than five participants. Violators will face up to one year in jail and a 100 million rupiah ($6,350) fine.

On the first day of the measure, churches live-streamed services for Good Friday and are planning to do so for Easter Sunday in Jakarta.

The government's nonbinding stay-at-home request for everyone across this nation of 17,000 islands has already taken an economic toll. Manpower Ministry data released Friday showed that 1.4 million workers in both the formal and informal sectors have either been told to stay home or have been laid off.

There are concerns that many those put out of work in Jakarta could return to their hometowns in other provinces and potentially bring the virus with them.

Widodo has banned all civil servants, police, soldiers and employees of state-owned companies from returning to their hometowns to celebrate the end of Ramadan.

He said cash handouts would go to poor families to persuade them to stay in Jakarta, but that he couldn't stop them from leaving.