Mount Aso eruption sends up cloud of smoke in Japan 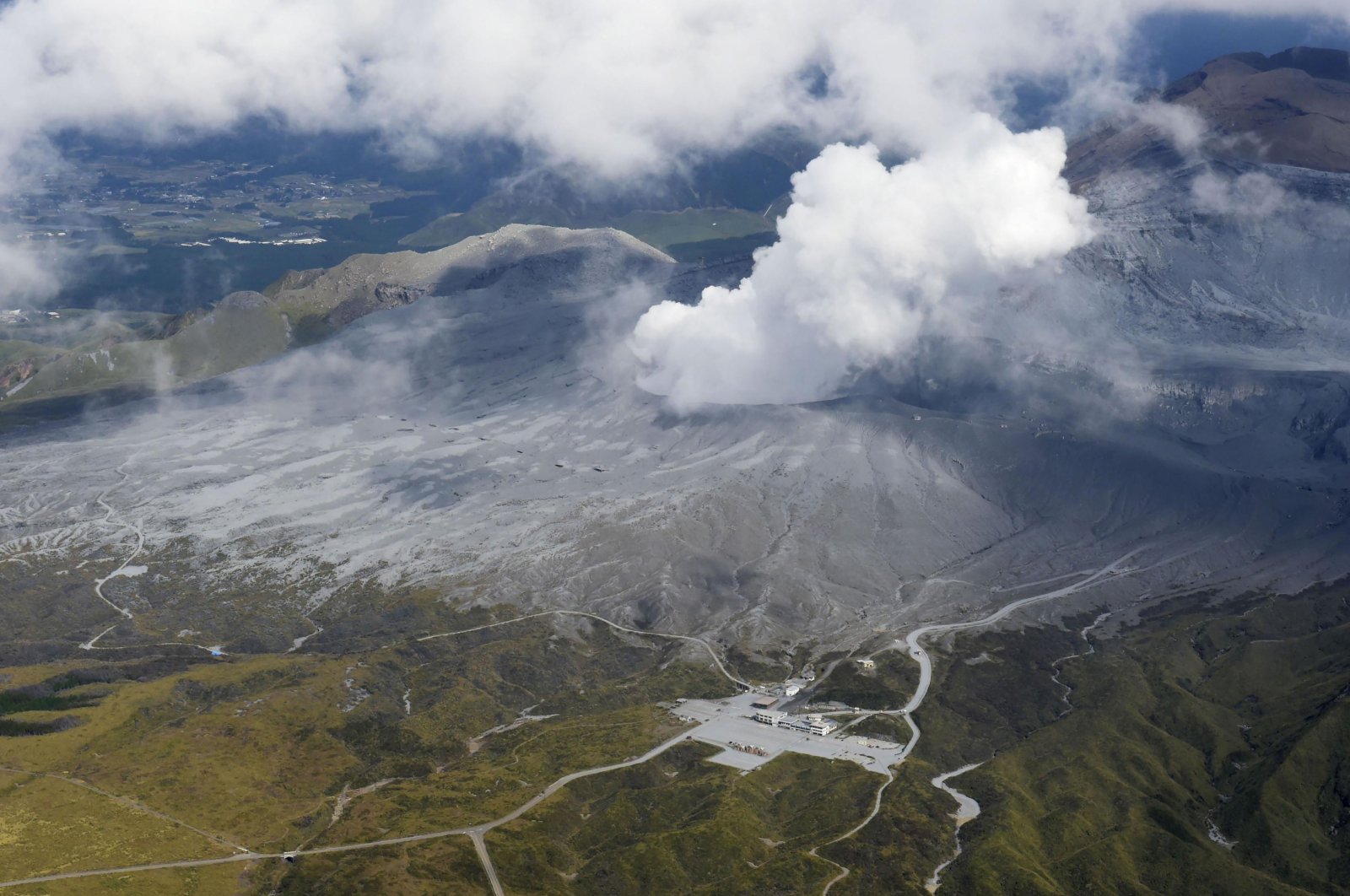 A volcano in southern Japan erupted Wednesday with a massive column of gray smoke billowing into the sky. The Japan Meteorological Agency raised the warning level for Mount Aso to three on a scale of five, warning hikers and residents to avoid the mountain.

Chief Cabinet Secretary Hirokazu Matsuno said there has been no report of damages or injuries. NHK national television aired footage of a massive smoke column above the volcano, as The Associated Press (AP) said. The smoke rose as high as 3.5 kilometers (11,480 feet) above the crater, with pyroclastic flow pouring out 1.3 kilometers (0.8 mile) down the western slope of the mountain, the agency said.

According to Reuters it told people not to approach and warned of a risk of large falling rocks and pyroclastic flows within a radius of about 1-kilometer around the mountain's Nakadake crater.

The explosion blew off volcanic rocks as far as 900 meters (2,950 feet) from the crater and ashfalls were detected in several towns in the Kumamoto and neighboring Miyazaki prefectures. The warning was issued for the city of Aso and two nearby towns in Kumamoto prefecture, which is in the north-central region of the southern island of Kyushu. Mount Aso has repeatedly erupted, sometimes fatally.

Its 1953 eruption killed six and injured more than 90, and another one five years later killed 12. Mount Aso had a small eruption in 2019, while Japan's worst volcanic disaster in nearly 90 years killed 63 people on Mount Ontake in September 2014.