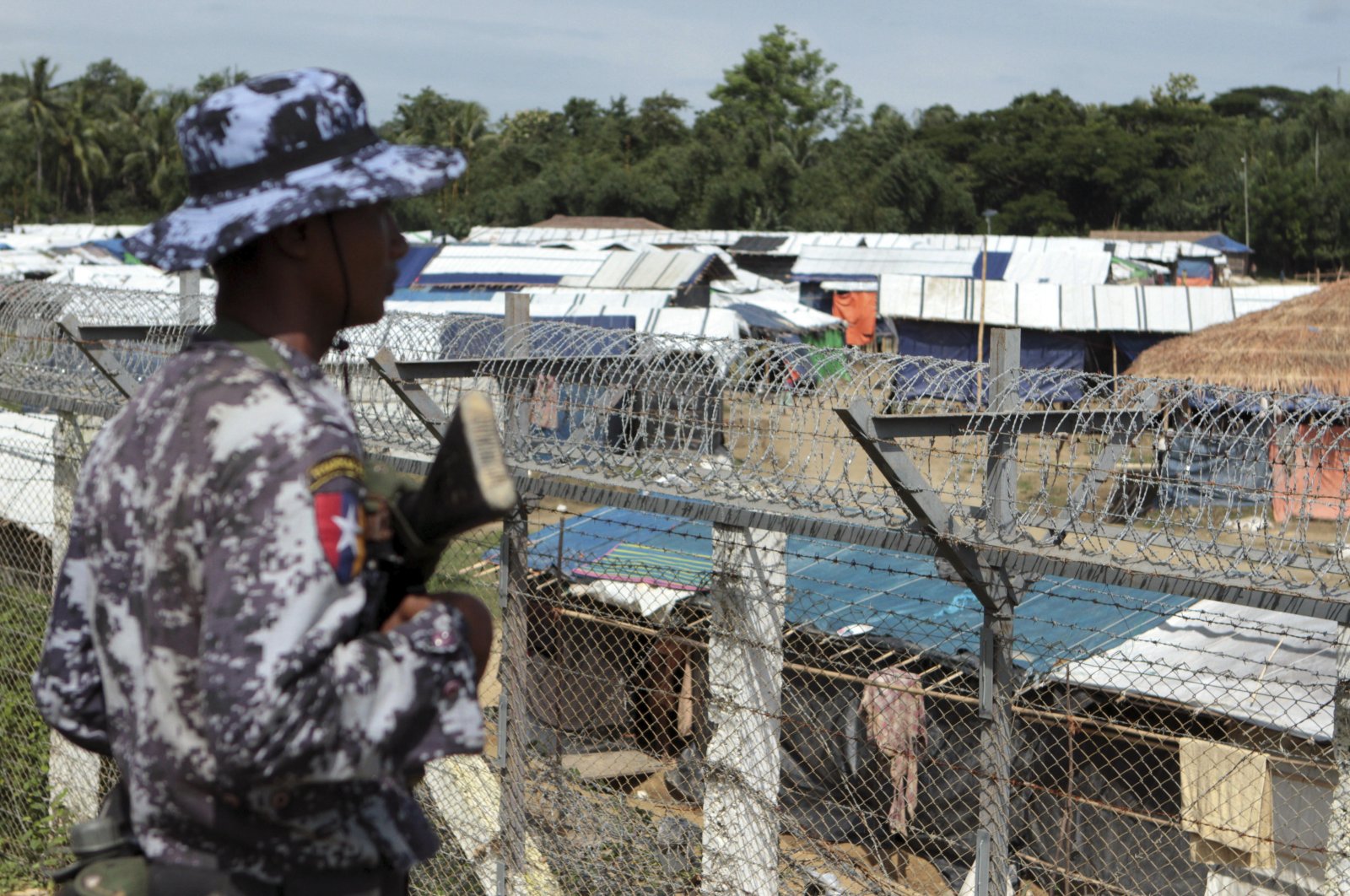 A Myanmar border guard stands to provide security near a fence at a no-man's land between Myanmar and Bangladesh, near Taungpyolatyar village, Maung Daw, northern Rakhine State, Myanmar, June 29, 2018. (AP Photo)
by REUTERS Aug 27, 2021 11:18 am
RECOMMENDED

Myanmar's ruling military on Friday pledged to vaccinate the long-persecuted Rohingya minority against COVID-19, insisting that no one will be left behind in its inoculation drive.

Hundreds of thousands of Rohingya Muslims fled to Bangladesh during military operations in 2017 and those who remain complain of discrimination and mistreatment in a country that does not recognize them as citizens.

Spokesperson Zaw Min Tun said authorities were making progress in reducing coronavirus infections and increasing vaccinations and aimed to inoculate half of the country's population by the end of this year.

Myanmar reported 2,635 new coronavirus infections and 113 additional deaths on Thursday, though the number of daily cases and reported fatalities have come down from a peak hit in July.

The vaccinations would include Rohingya people in the Maungdaw and Buthidaung districts bordering Bangladesh, he said.

He referred to them as "Bengalis," a term used for decades in Buddhist-majority Myanmar to describe Rohingya, a group many regard as unwanted immigrants from neighboring Bangladesh.

"They are also our people as well," Zaw Min Tun told a regular news conference. "We will not leave anyone behind."

It was not immediately clear whether the vaccination campaign would extend to Rohingya Muslims living in densely packed camps in Rakhine state and what the qualification criteria would be.

The issue is deeply sensitive in Myanmar, where animosity about Rohingya runs deep. International rights groups say hundreds of thousands of stateless Rohingya should be entitled to citizenship rather than be discriminated against and branded illegal immigrants.

A junta-appointed administrator earlier this month said there was no plan to include Rohingya in camps near the state capital Sittwe.

At least 700,000 Rohingya fled Rakhine for Bangladesh in 2017 during operations by the army under the command of Senior Gen. Min Aung Hlaing, who is now prime minister and head of Myanmar's junta.

U.N. investigators said those operations were carried out with "genocidal intent," but the army denied that and said they were aimed at countering Rohingya "terrorists."