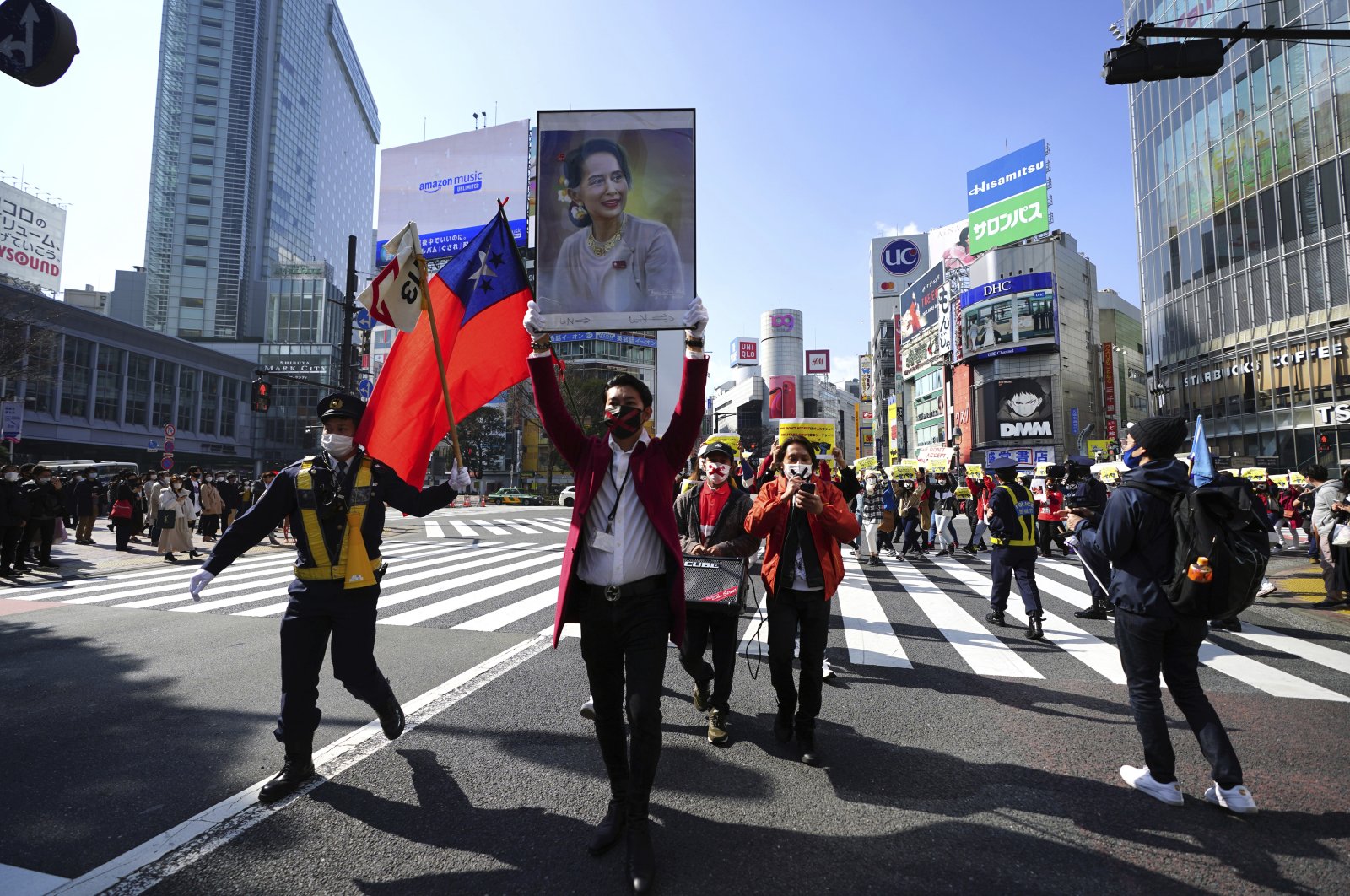 Thousands of mostly silent demonstrators paraded through central Tokyo on Sunday in protest against the coup in Myanmar, many carrying photos of detained leader Aung San Suu Kyi in what organizers said was the largest such march in Japan to date.

More than 4,000 took part in the protest, organizers said, streaming through the downtown shopping areas of Shibuya and Omotesando with posters saying "Help us save Myanmar" and "Stop Crimes Against Humanity." Tokyo police said they couldn't comment on how many people attended the event.

The march came as tens of thousands took to the streets on Sunday in a ninth straight day of protests in Myanmar. Several demonstrations have been held in Japan since the Feb. 1 coup, mainly by Myanmar residents of Japan.

While the detention of elected leader Suu Kyi is currently due to end on Monday, the coup has been denounced by Western countries, with the United States announcing some sanctions on the ruling generals. While other countries also considering measures, Japan and some other Asian nations are unlikely to cut ties given Myanmar's strategic importance in the region.

"It is very heart-rending," said Thant Zaw Htun, 45, originally from Yangon and now an employee at a recruitment agency, referring to the protests in Myanmar.

"I want to go back to Myanmar to join them but cannot because of the situation (the travel ban due to the coronavirus pandemic). Instead, I join here today to do what I can do."

While some carried portraits of Suu Kyi, others wore face masks and even earrings bearing Suu Kyi's image. Most remained silent rather than shout slogans as they marched in an effort to prevent the spread of the coronavirus.

"As a Myanmar national, I absolutely cannot accept the military's coup in Myanmar," said Thwe Thwe Tun, 27, who works at a construction company.

"I think all Myanmar people in Japan have the same opinion."