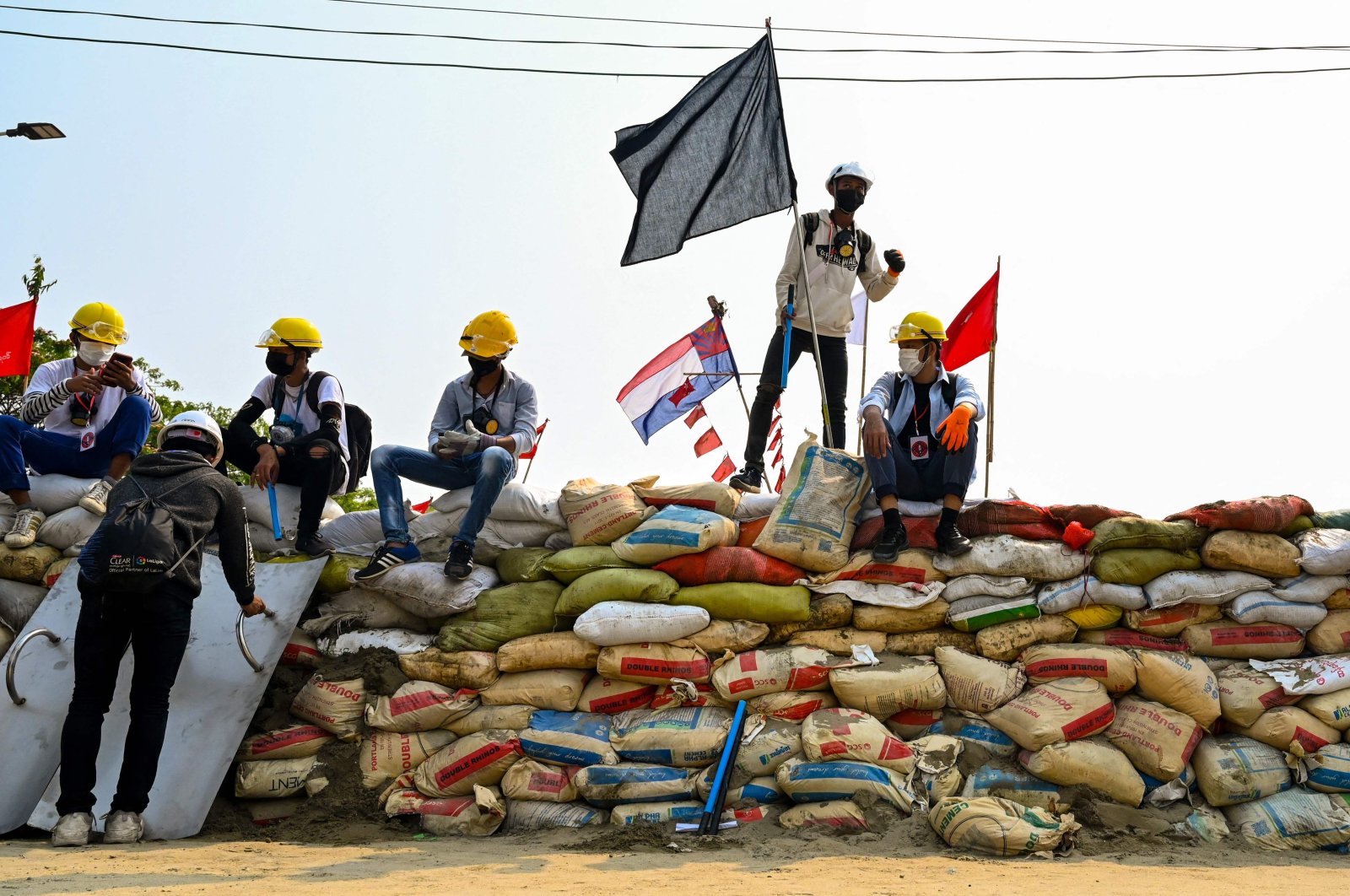 Anti-coup demonstrators pushed on with protests Sunday as Myanmar neared its seventh week under military rule and a group of MPs in hiding urged them to move with "invincibility" to overcome the nation's "darkest moment."

The country has been in turmoil since the military ousted civilian leader Aung San Suu Kyi from power in a Feb. 1 putsch, triggering a mass uprising that has seen hundreds of thousands protest daily for a return to democracy.

The Myanmar junta has repeatedly justified its power grab by alleging widespread electoral fraud in November's elections, which Suu Kyi's National League for Democracy party had swept in a landslide.

In response, a group of elected MPs, many of whom are in hiding, had formed a shadow "parliament" called the Committee for Representing Pyidaungsu Hluttaw (CRPH) – the Burmese word for the country's governing bloc – to denounce the military regime.

The junta's security forces have staged near-daily crackdowns against demonstrators calling for a return to democracy, deploying tear gas, rubber bullets and live rounds to quell anti-coup protests which have seen more than 70 killed.

Despite the growing death toll, Myanmar protesters have continued taking to the streets – Sunday saw sit-ins in commercial hub Yangon, marches through the coastal city of Dawei and civil servants hoisting Suu Kyi's poster defiantly at a gathering in the central city of Monywa.

"May the fallen heroes who have given their lives in this spring revolution rest in peace!" changed protesters wearing hard hats in Yangon's Thaketa township – which has seen bouts of violence this week between security forces and residents.

Their daytime gatherings come a day after the acting vice president of the CRPH called for the people to continue protesting against the military's "unjust dictatorship."

"This is the darkest moment of the nation and the light before the dawn is close," said Mahn Win Khaing Than in a recorded video posted on the CRPH's Facebook page Saturday night.

"This is also a moment testing our citizens to see how far we can resist these darkest times," said the politician, a high-ranking NLD politician who served as speaker of the house during Suu Kyi's previous administration.

Along with other top Suu Kyi allies, he had been placed under house arrest during the Feb. 1 power grab, according to the Assistance Association for Political Prisoners monitoring group.

His address Saturday would be his first appearance in his capacity as CRPH's acting vice president, and he echoed the anti-coup movement's calls for a "federal democracy" – which would allow ethnic minority groups to have a role in Myanmar's governance.

"This uprising is also the chance for all of us to struggle together hand-in-hand to establish a federal democracy union which we – all ethnic brothers and sisters who have been suffering various kinds of oppression from military dictatorship – have long desired," he said.

"The federal democracy union ... is waiting for us in the near future if we move forward unitedly with invincibility," Mahn Win Khaing Than said.

"We must win the uprising."

The committee has issued several statements since its formation, but the protest movement on the ground appears largely leaderless – with daily rallies organized by local activists.

The junta – self-anointed as the State Administration Council – had said the CRPH's formation is akin to "high treason," which carries a maximum sentence of 22 years in jail.