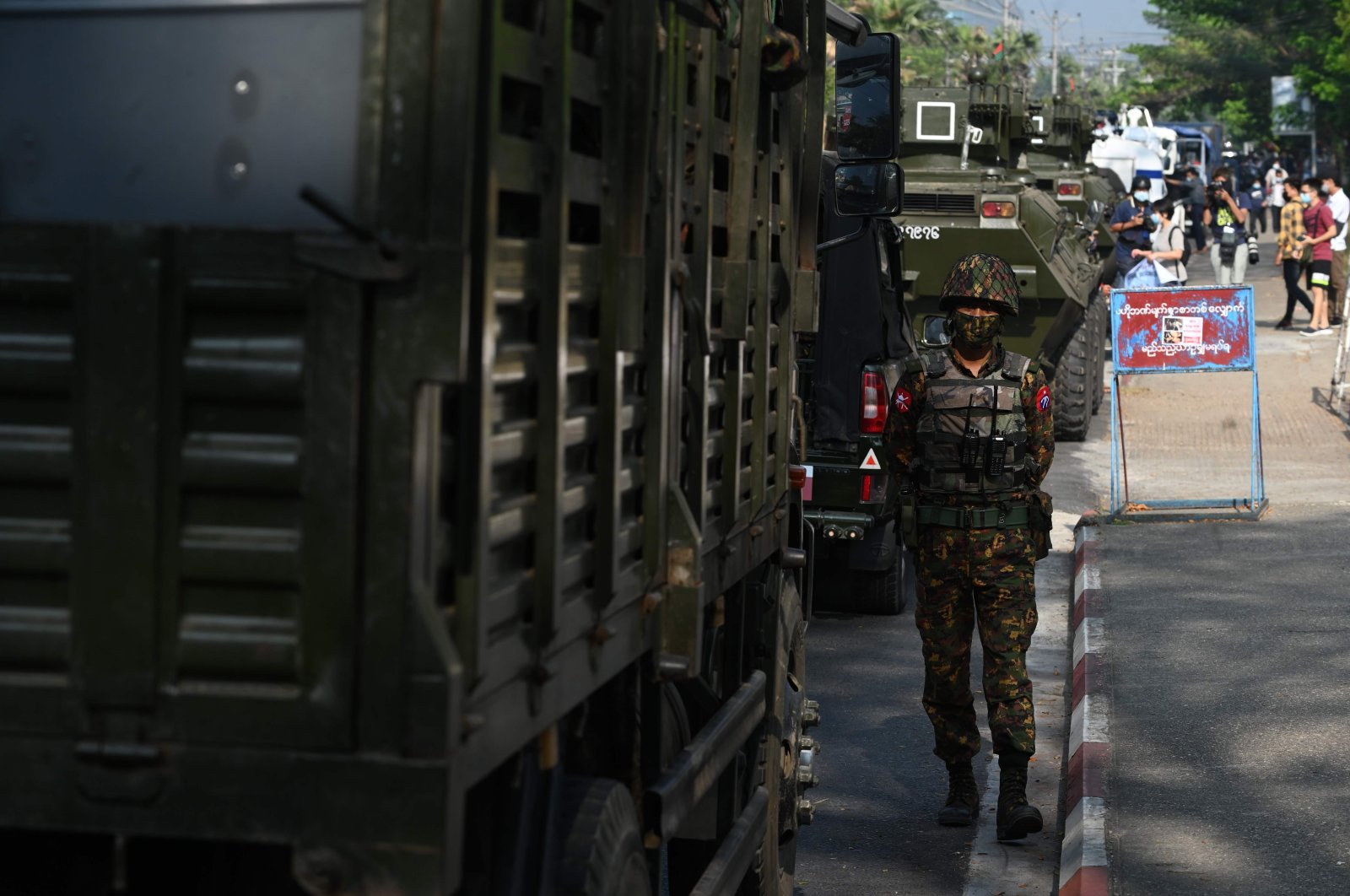 A soldier stands next to a line armoured vehicles outside the Central Bank of Myanmar, as people gathered to protest against the military coup, in Yangon on Feb. 15, 2021. (AFP Photo)
by Anadolu Agency Mar 09, 2021 8:37 pm

Another member of Myanmar's deposed ruling party died in detention on Tuesday, according to a family member of the deceased.

Zaw Myat Lin was the third member of the National League for Democracy (NLD), the party of ousted State Counselor Ann San Suu Kyi, who lost his life during the detention of the security forces.

Two Muslim members of the NLD also died during the security forces' overnight detention on Sunday.

Police and soldiers arrested dozens of people late Monday night when residents of Yangon took to the streets to demand that the security forces allow about 200 protesters to leave Snachaung township which was surrounded by them.

The police and security forces dispersed the crowd and arrested several dozen people for defying the curfew at night.

Lin, the head of a vocational institute named after Suu Kyi in the city's Shwe Pyi Tar township, was arrested by the security forces in a raid on his office on Monday night.

His family was informed about his death at around 3 p.m. local time (0830 GMT) and his body was kept in a military hospital in Yangon.

"We still have to see his body," the family member who asked not to be named told Anadolu Agency by phone.

"Police didn't say anything about the cause of death, but it must be because of torture," she said.