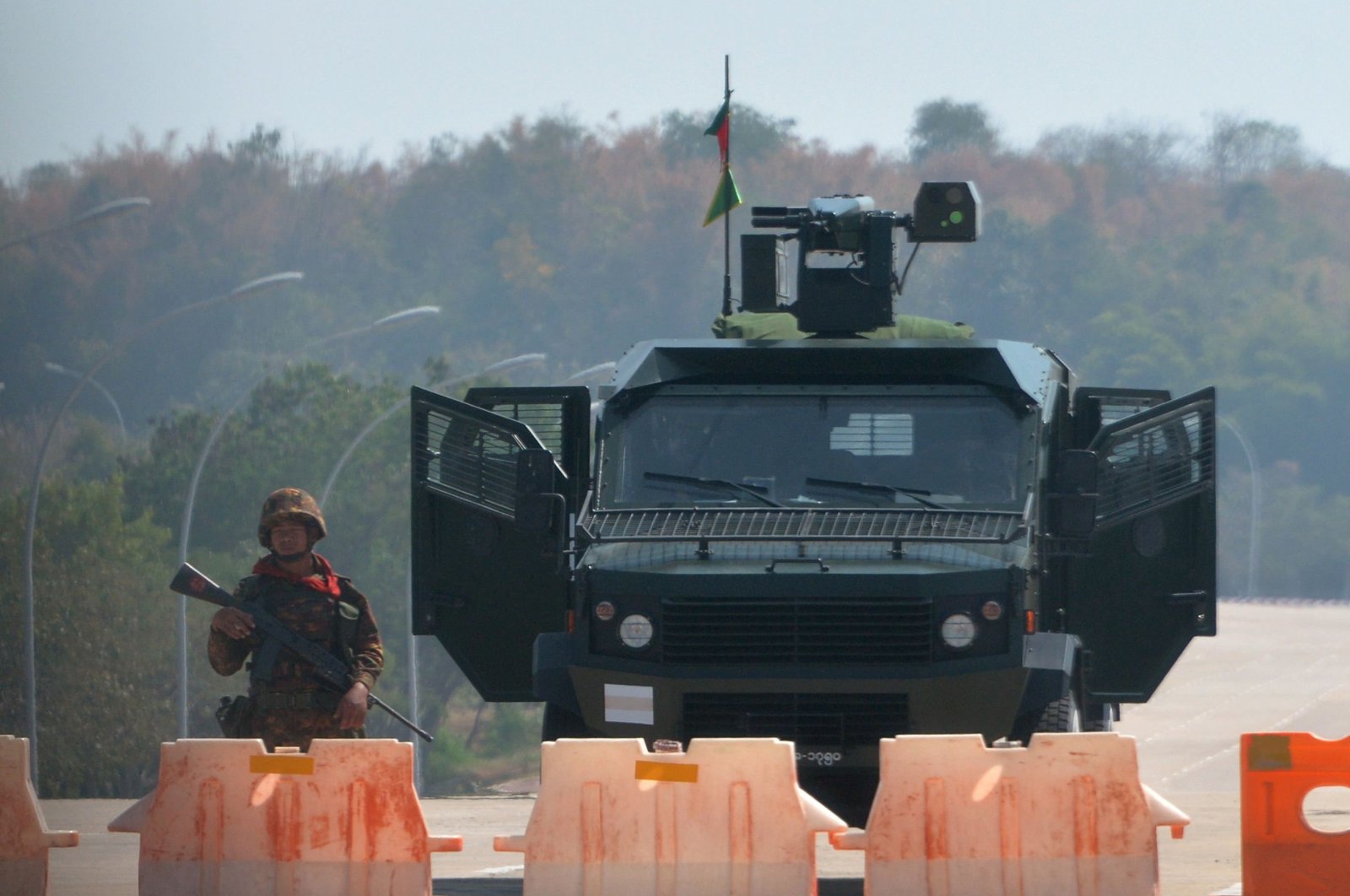 A soldier stands guard on a blockaded road to Myanmar's Parliament in Naypyidaw Feb. 1, 2021, after the military detained the country's de facto leader Aung San Suu Kyi and the country's president in a coup. (AFP Photo)
by REUTERS Sep 06, 2021 9:39 am
RECOMMENDED

Myanmar's military rulers have agreed to an Association of Southeast Asian Nations (ASEAN) call for a cease-fire until the end of the year to ensure distribution of humanitarian aid, Japan's Kyodo News agency said, citing the envoy of the Southeast Asian bloc to the crisis-torn nation.

Following a coup in February, ASEAN has been trying to end violence in Myanmar, where hundreds have been killed, and open a dialogue between the military rulers and their opponents. The envoy, Erywan Yusof, proposed the cease-fire in a video conference with Foreign Minister Wunna Maung Lwin, and the military had accepted it, he told the agency.

"This is not a political cease-fire. This is a cease-fire to ensure safety, (and) security of the humanitarian workers" in their effort to distribute aid safely, Erywan said, according to Sunday's report. "They didn't have any disagreement with what I said, with regards to the cease-fire," it quoted the envoy as saying.

Erywan had also passed his proposal indirectly to parties opposed to rule by the military, it added.

A military spokesperson did not answer calls from Reuters to seek comment. In an interview with Reuters on Saturday, Erywan said he was still negotiating with the military over the terms of a visit he hoped to make before late October and had sought access to ousted leader Aung San Suu Kyi. "What we are calling for now is ... for all sides to undertake a cessation of violence, especially with regards to the distribution of humanitarian assistance," he said.

ASEAN nations and dialogue partners had pledged $8 million in aid for Myanmar, he added. The military seized power after alleging irregularities in an election swept by Suu Kyi's National League for Democracy party. International monitors and the electoral commission at the time said the army accusations were wrong.