Nearly 250 killed in Myanmar protests as pressure mounts on junta 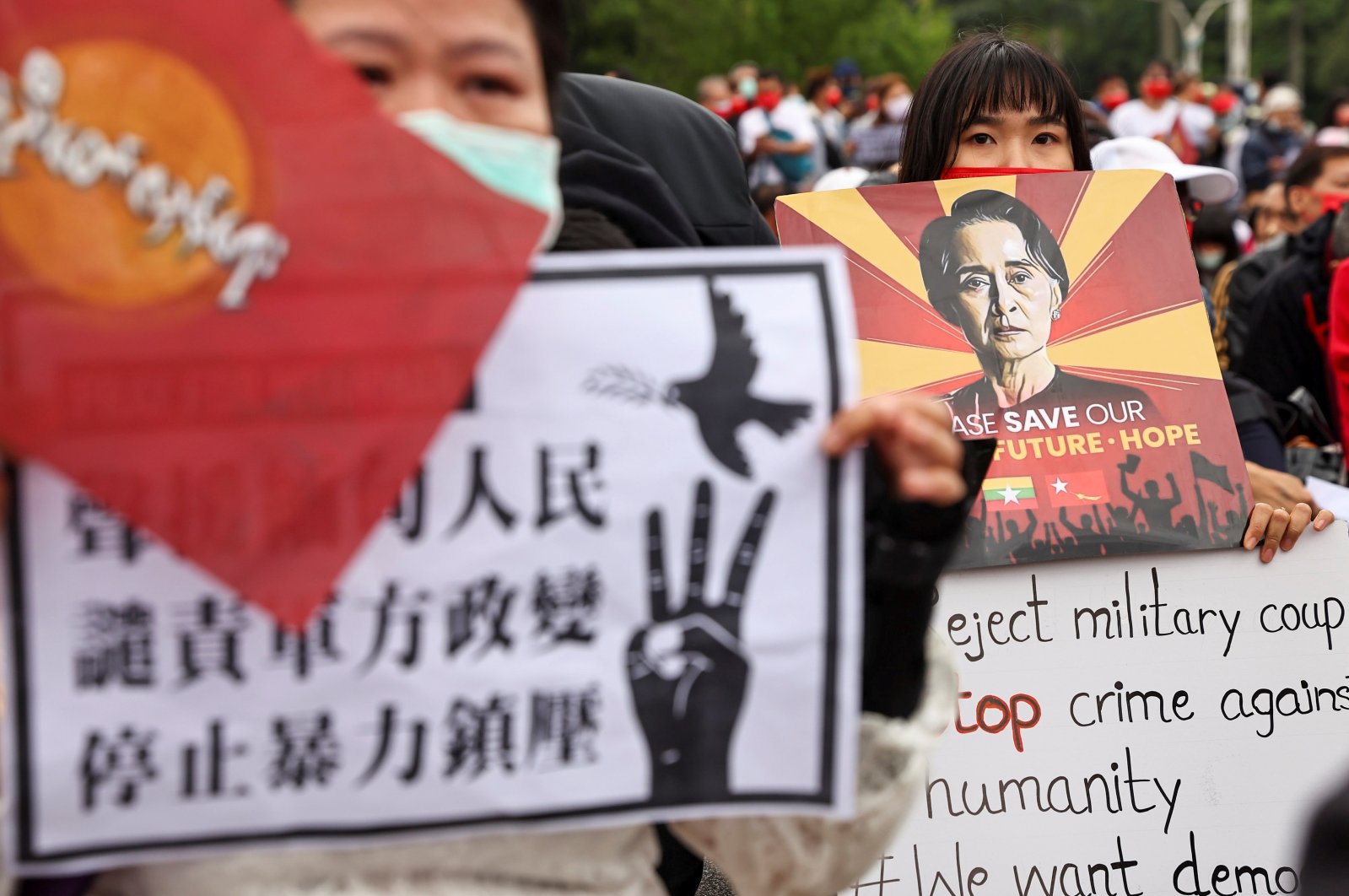 Demonstrators in Myanmar maintained their dogged opposition to military rule on Sunday despite a rising death toll, with two more people killed as the junta appeared equally determined to resist growing pressure to compromise.

The country has been in turmoil since the military overthrew an elected government led by Nobel peace laureate Aung San Suu Kyi on Feb. 1, bringing an end to 10 years of tentative democratic reform.

One man was shot dead and several were wounded when police opened fire on a group setting up a barricade in the central town of Monywa, a doctor there said as a community group issued a call on Facebook for blood donors.

Later, one person was killed and several were wounded when security forces fired on a crowd in the second city of Mandalay, the Myanmar Now news portal reported.

At least 249 people have now been killed since the coup, according to figures from the Assistance Association for Political Prisoners activist group.

The violence has forced many citizens to think up novel ways to express their rejection of a return to army rule.

Protesters in some 20 places across the country staged candle-lit, nighttime protests over the weekend, from the main city of Yangon to small communities in Kachin State in the north, Hakha town in the west and the southernmost town of Kawthaung, according to a tally of social media posts.

Hundreds of people in the second city of Mandalay, including many medical staff in white coats, marched in a "Dawn protest" before sunrise on Sunday, a video posted by the Mizzima news portal showed.

Protesters in some places were joined by Buddhist monks holding candles while some people used candles to make the shape of the three-fingered protest salute.

Others came out later on Sunday, including the crowd in Monywa, where police opened fire.

"Sniper, sniper," people can be heard shouting in a video clip shortly after the man was shot in the head and more shots rang out.

The spokesperson for the junta was not available for comment but has previously said security forces have used force only when necessary.

State media said on Sunday that men on motorbikes attacked a member of the security forces who later died. The military said two policemen were killed in earlier protests.

The junta says a Nov. 8 election won by Suu Kyi's party was fraudulent, an accusation rejected by the electoral commission. Military leaders have promised a new election but have not set a date.

Western countries have repeatedly condemned the coup and the violence. Asian neighbors, who have for years avoided criticizing each other, have also begun speaking out.

Indonesia, Malaysia and Singapore have denounced the use of lethal force and called for the violence to stop. The Philippines has expressed concern.

Indonesia and Malaysia want an urgent meeting of Southeast Asia's regional grouping, of which Myanmar is a member, on the crisis.

But the military, which sees itself as the sole guardian of national unity and ruled for nearly 50 years after a 1962 coup, has shown no sign of even considering back-tracking on its seizure of power.

Coup leader General Min Aung Hlaing visited the Coco islands, one of Myanmar's most strategically important outposts, 400 kilometers (250 miles) south of Yangon, on Saturday and reminded members of the armed force there that their main duty was to defend the country against external threats.

The state-run Kyemon newspaper prominently featured a quote from independence hero Aung San, Suu Kyi's father, who in 1947 said: "It is everyone's duty to sacrifice their lives and defend and fight back against foreign countries' insults."

Suu Kyi, 75, faces accusations of bribery and other crimes that could see her banned from politics and jailed if convicted. Her lawyer says the charges are trumped up.

Australia's SBS News reported that two Australian business consultants were detained as they tried to leave Myanmar, but it was not clear why. The broadcaster quoted an Australian foreign ministry spokesperson as declining to comment on the two for privacy reasons.