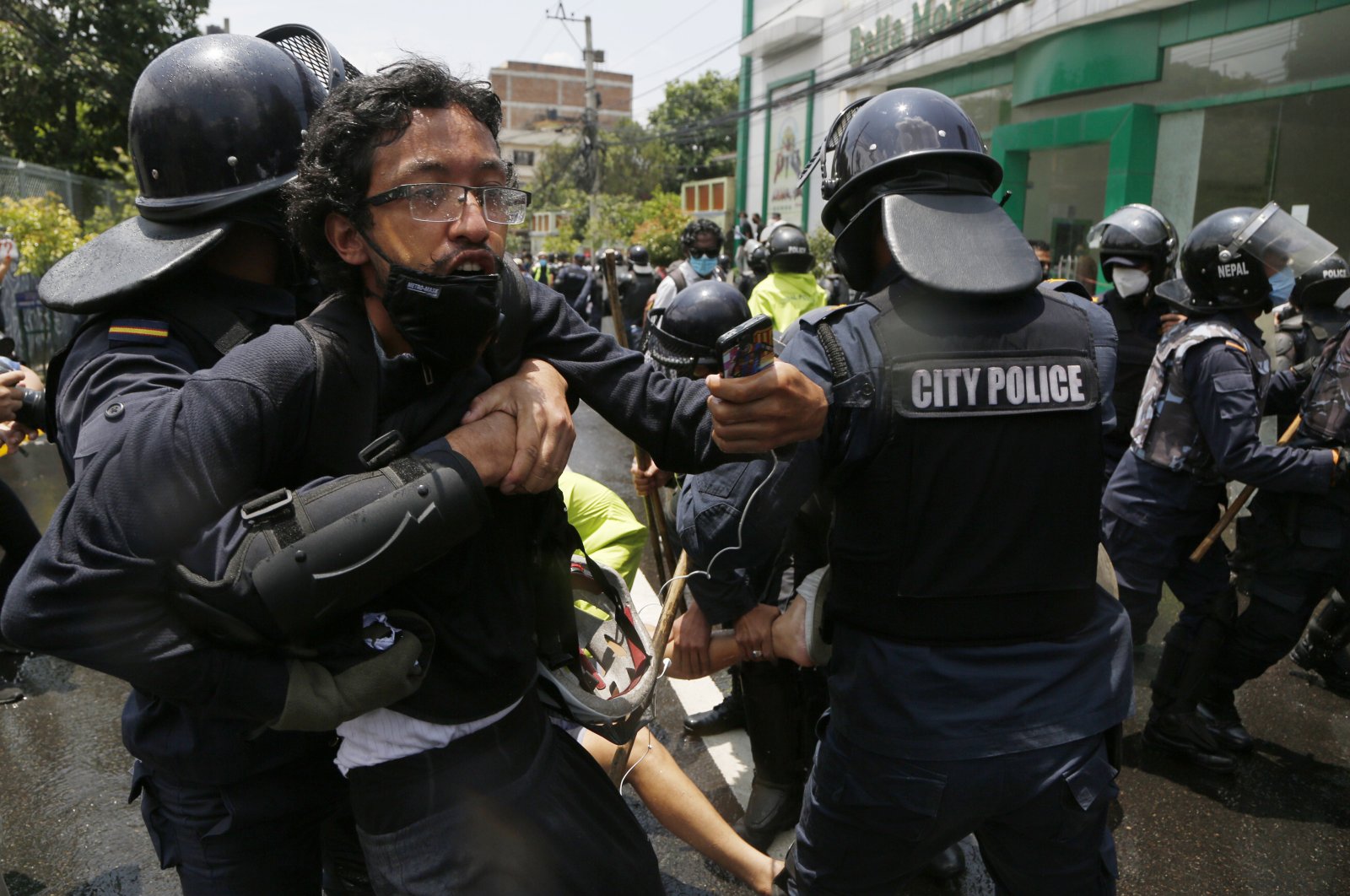 Police fired water cannons at about 500 people who staged a demonstration in Kathmandu on Tuesday against the Nepali government's handling of the coronavirus crisis.

Ten demonstrators who gathered near the prime minister's residence were arrested, police said.

Nepal imposed a nationwide lockdown on March 24 when the country had two confirmed coronavirus infections. The number of cases currently stands at 3,762 with 14 deaths.

"The economy is in shambles, the government has pushed our health and the health system in crisis, and they have been ineffective and incapable," Jagannath Lamichhane, a mental health expert who took part in the protest, told Agence France-Presse (AFP).

Tens of thousands of migrant workers have returned to Nepal from India and the Middle East after losing their jobs, overwhelming testing and quarantine facilities in border areas.

"The government had time and could have prepared much better. We were there to call on the government to do better," photographer Prajwal Bhattarai, 29, who was among those arrested, told AFP by telephone.

Nepal's coronavirus lockdown is scheduled to run until June 14.