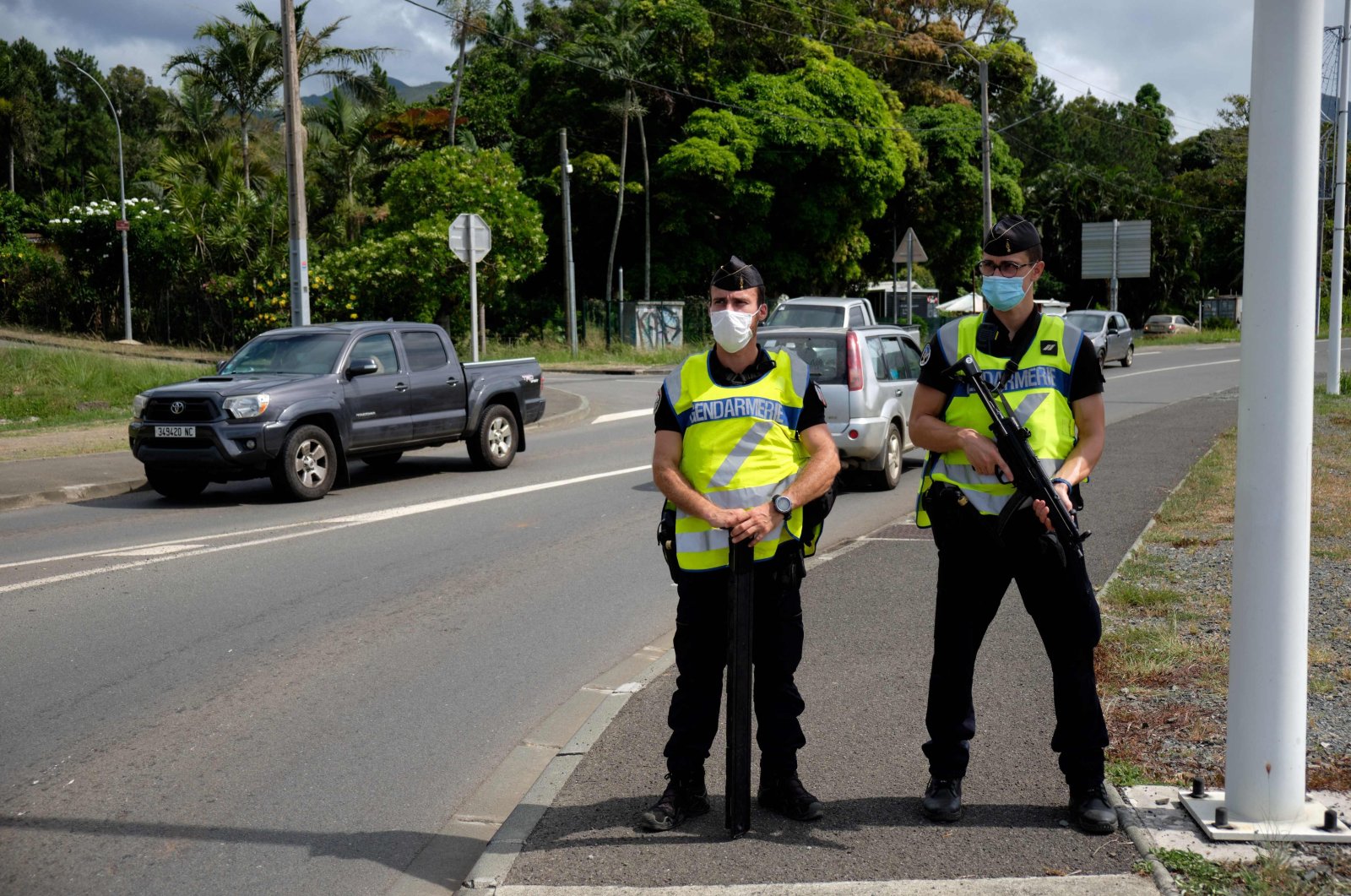 The French Pacific territory of New Caledonia located near Australia in the southwest Pacific Ocean held a referendum Sunday on whether to break away from France, as 58% of eligible voters boycotted the referendum amid calls to do so by pro-independence groups because of the pandemic and what they cited as unfair French government actions.

The official results show that the independence bid failed, with 96% of those who took part choosing to stay in France. However, the overall turnout was just 42% – less than half the numbers who showed up in a previous independence referendum last year, where support for breaking away was 46.7%.

Despite less than half of eligible voters turning up to vote, French President Emmanuel Macron hailed the result as a "resounding confirmation" of France's role in the Indo-Pacific, and announced negotiations on the territory's future status. Separatist activists expressed disappointment or resignation.

It remains to be seen whether the referendum results would be called to question due to the extremely low turnout.

Separatist activists had urged a delay in the vote because of the pandemic, and were angry over what they said were French government efforts to sway the campaign. So they called on their supporters to stay away from voting stations.

“Tonight we are French, and we will stay that way. It’s no longer negotiable,” said Sonia Backes, president of the Southern Province region and a fervent loyalist.

Sunday’s vote was the third and last in a decadeslong decolonization process that stemmed from violence in 1988, which led to the French government handing New Caledonia broad autonomy under the Noumea Agreement. The process was aimed at settling tensions between native Kanaks seeking independence and those who want the territory to remain part of France.

The process does not end with the last referendum. The state, separatists and non-separatists now have 18 months to negotiate a new status for the territory and its institutions within France.

Although a tropical storm also threatened to dampen enthusiasm for the vote, lines snaked out of some polling stations anyway as winds whipped palm trees lining the streets of the regional capital Noumea. Turnout at some polling stations was lower than during two previous referendums on independence.

The referendum is important for French geopolitical ambitions in the Indo-Pacific, and it is being closely watched. The vote was monitored by the United Nations and regional powers, amid global efforts toward decolonization and amid growing Chinese influence in the region. New Caledonia, colonized by Napoleon's nephew in the 19th century, is a vast archipelago of about 270,000 people east of Australia that is 10 time zones ahead of Paris.

“Do you want New Caledonia to gain full sovereignty and become independent?” This was the question put to people in the archipelago's 307 voting stations. Masks and social distancing measures were required.

The three votes have been part of a decadeslong decolonization process that stemmed from violence in 1988, which led to the French government handing New Caledonia broad autonomy.

The campaign and voting day were unusually calm because of the boycott call.

“There are a lot less people" than during previous referendums, said Laura Vendegou, assessor at a polling station welcoming New Caledonians from the Loyalty Islands. “The opening was very calm,” she added.

In the first such referendum in 2018, 43.6% of voters supported independence, and 46.7% favored it in a second vote held in 2020. While support for a “yes” vote seemed to be growing, the region’s first COVID-19 outbreak in September threw the political debate into disarray. Until then, New Caledonia had been one of the few virus-free places left on the planet.

By November, the archipelago had reported 271 COVID-19 deaths, and the regional Senate decreed a year of traditional Kanak mourning. Independence activists felt they couldn’t campaign out of respect for their dead, and demanded that the referendum be postponed.

But pro-France groups insisted the vote should take place as scheduled to end uncertainty over New Caledonia’s future and to boost its economic prospects. Pro-independence activists announced they would refuse to take part, accusing the government in Paris of imposing the referendum date and violating neutrality by publishing a document seen as casting the consequences of independence in a negative light.

France is trying to cement its presence in the Indo-Pacific region after it lost a multibillion-dollar submarine contract because of a partnership Australia formed with the United States and the United Kingdom. The secretly negotiated nuclear submarine project, announced in September and aimed at countering Chinese ambitions in the region, was a huge blow to France. New Caledonia hosts one of two French military bases in the Pacific.

He did not address the boycott. Noting that the electorate “remains deeply divided,” Macron pledged “respect for all Caledonians," including those who voted to break away. He said the vote sent an important message to the Indo-Pacific region while it undergoes “recomposition” and faces “strong tensions.”