Next phase of COVID-19 vaccinations target workers in Philippines 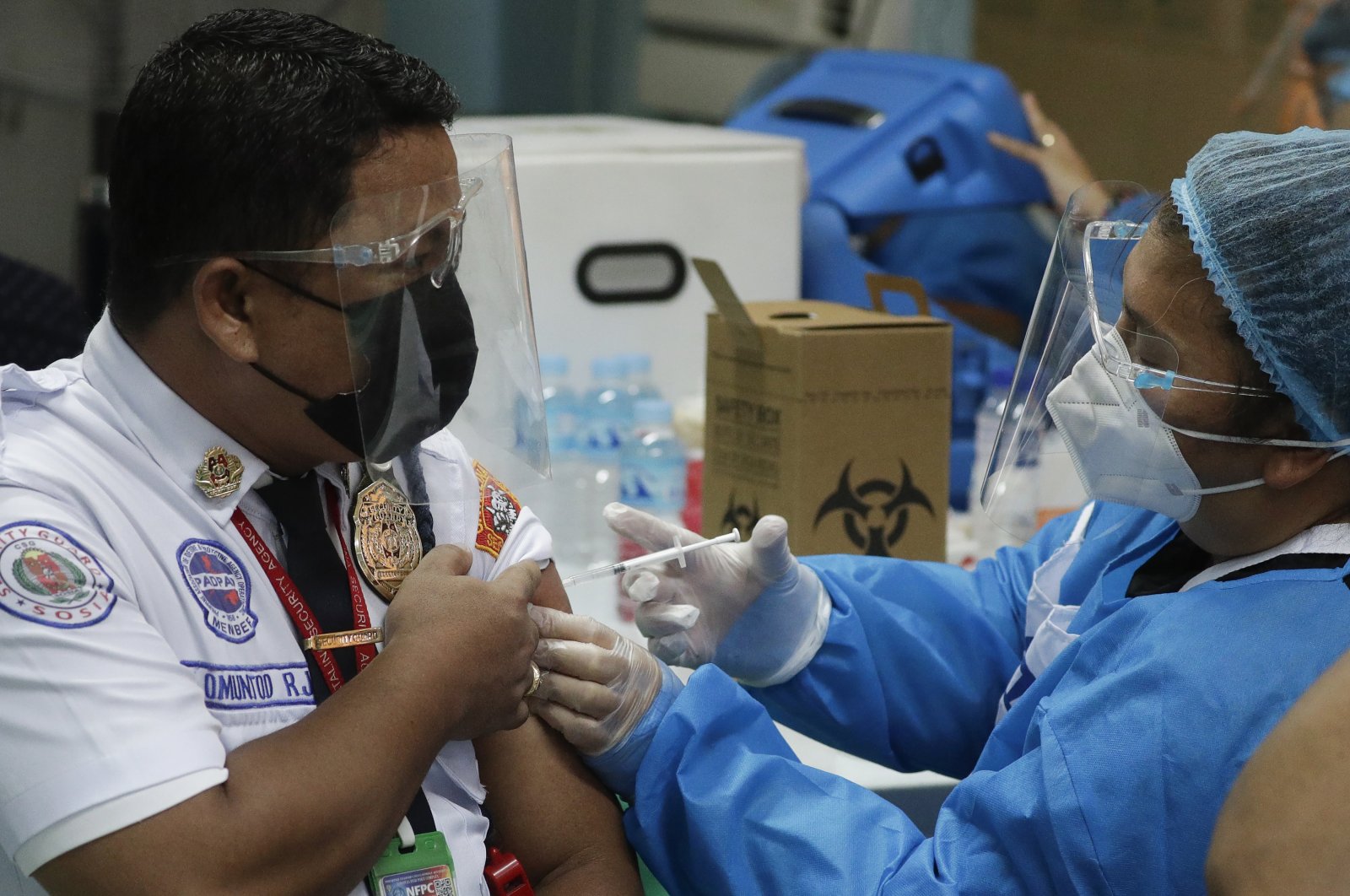 The Philippines will this week start vaccinating around 35 million people working outside their homes, such as public transport staff, in a bid to curb COVID-19 transmissions and open up the economy, officials said.

The next phase in the rollout that started in March comes after vaccines were first targeted at health care workers, senior citizens and people with existing health conditions.

Presidential Spokesperson Harry Roque said those eligible to join the new phase, which includes workers in the informal sector, will be able to register from Wednesday.

The Philippines has so far received more than 9 million doses, mostly supplied by China's Sinovac Biotech, but has a long way to go to meet its goal of immunizing 70 million people this year out of a population of 110 million.

The country is also lagging behind some neighbors, with only 4.4 million people having received their first dose and more than 1.5 million getting two shots so far.

Carlito Galvez, who is leading the government's vaccine procurement program, said in a separate briefing that close to 22 million doses of COVID 19 vaccines were expected to arrive between this month and next.

The Philippines on Monday also allowed the emergency use of Sinopharm COVID-19 vaccines and granted the Department of Health's request to accept Sinopharm shots to be donated by China, the head of its Food and Drug Administration said.

Opening the vaccination campaign to more people will allow the "process of reopening (the economy) to continue," Trade Secretary Ramon Lopez told reporters.

"This is the shot in the arm needed by our economic frontliners and our economy so that the signs of recovery will continue."

The Philippines, which is battling one of the worst COVID-19 outbreaks in Asia, has reported 1.27 million infections and almost 22,000 deaths.