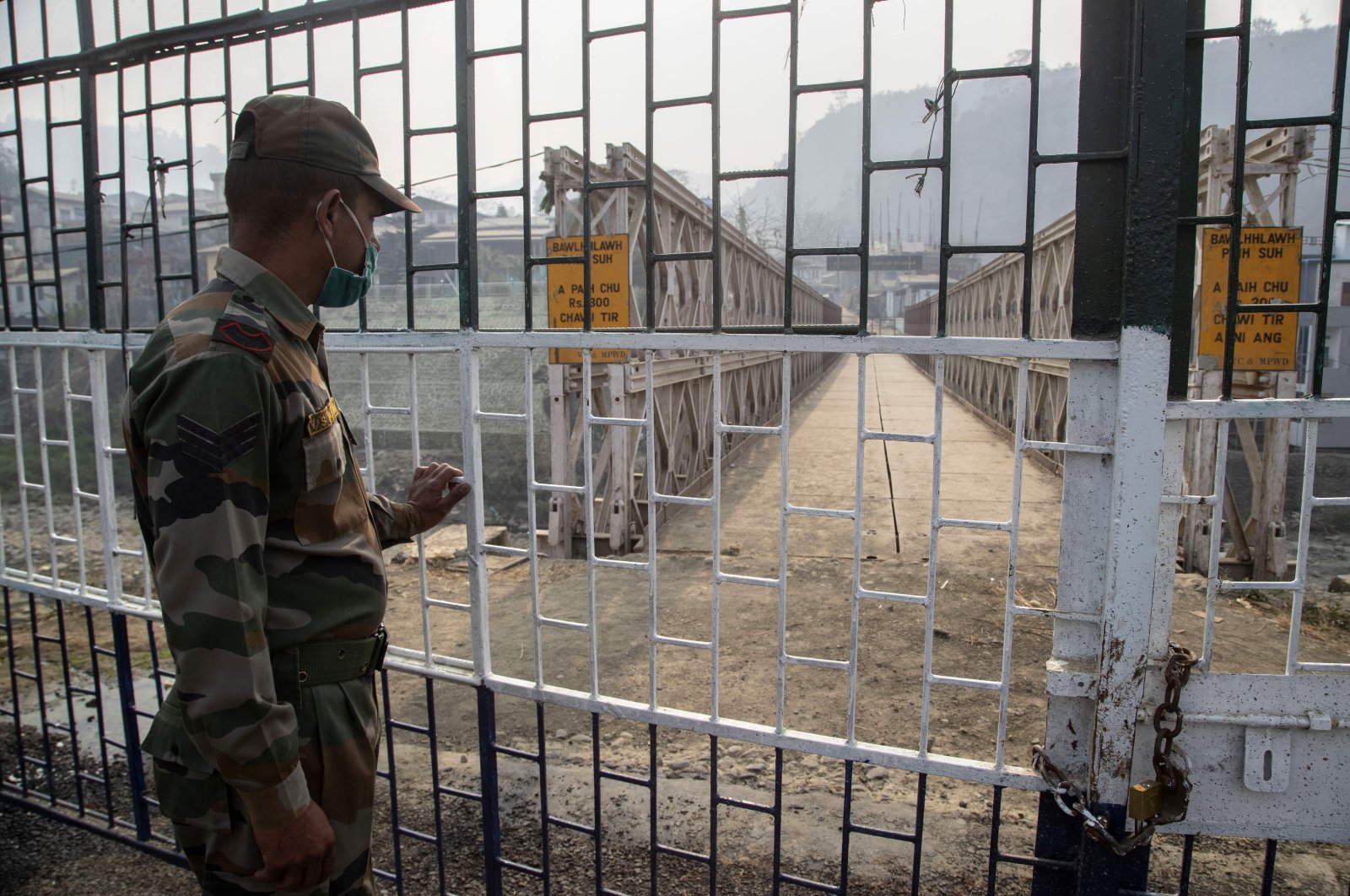 An Indian paramilitary soldier stands guard near the bridge on the Tiau river along the India-Myanmar border in Mizoram, India, March 20, 2021. (AP Photo)
by ASSOCIATED PRESS Mar 21, 2021 1:47 pm
RECOMMENDED

Myanmar police officers who fled to India after they said they defied orders to shoot people protesting their country’s military coup are urging India’s government not to send them back and to grant them asylum on humanitarian grounds.

One of the officers who has sought refuge in a village in the northeastern Indian state of Mizoram along the border with Myanmar said they didn’t want to return to their country until the problems there are solved.

That officer and others who spoke to The Associated Press (AP) did so on condition of anonymity out of concern for the safety of family members still in Myanmar.

Another officer who fled told the AP that soldiers ordered them to “arrest, beat, torture the protesters” and said police were always sent to the front whenever there was a protest. She said the officers had “no choice” but to leave Myanmar.

The security crackdown following Myanmar’s Feb. 1 coup has forced scores of refugees over the border into India. India’s state and federal authorities haven’t given any figures, but some state ministers have said the number could be in the hundreds. One Indian village has given shelter to 34 police personnel and one firefighter who crossed into India over the last two weeks.

The AP has not been able to independently verify their claims that they were ordered to shoot protesters, though images and accounts of the security forces’ crackdown inside Myanmar have shown intensifying violence against civilians. More than 200 people have been killed by security forces since the coup.

India’s federal government and the state of Mizoram are at odds over the influx of refugees. Earlier, the Mizoram government had allowed refugees to enter and provided them with food and shelter.

The ministry said the states were not authorized to accord refugee status to anyone entering from Myanmar, as India is not a signatory to the U.N. Refugee Convention of 1951 or its 1967 Protocol.

Zoramthanga, who uses one name, wrote in the letter that the people of his state, who share ethnic ties with the refugees from Chin communities in Myanmar, “can’t remain indifferent to their plight.” He urged the federal government to review its order and allow refugees into India.

Earlier this month, Myanmar asked India to return the police officers who crossed the border.

India shares a 1,643-kilometer (1,020-mile) border with Myanmar and is home to thousands of refugees from Myanmar in different states.