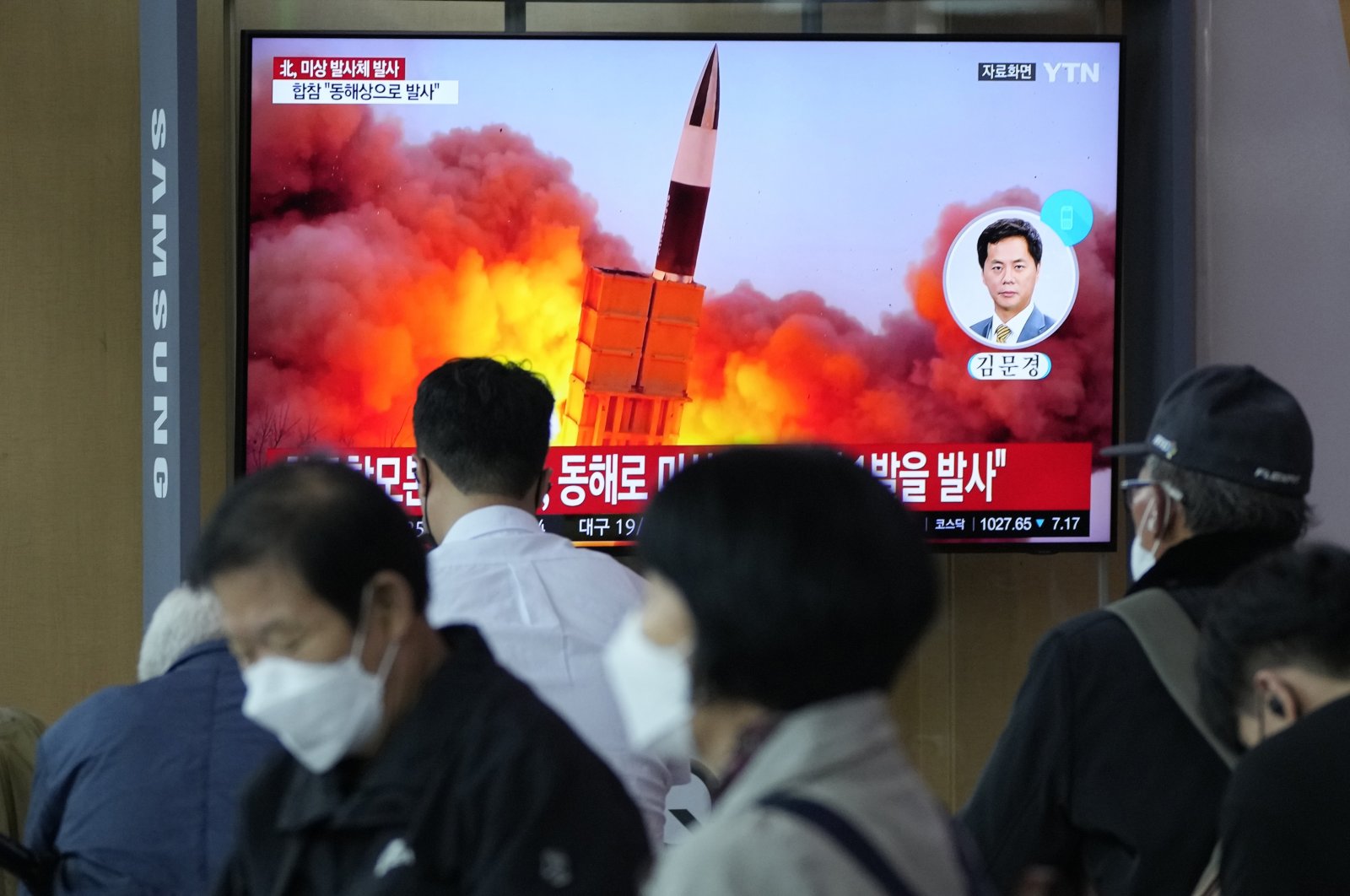 The missile was fired from Chagang Province on the border with China and flew towards the Sea of Japan, known as the East Sea in South Korea, the South Korean Joint Chiefs of Staff (JCS) said.

It was not initially clear from the JCS how far the missile flew and whether it was a ballistic missile.

The Japanese government, which also confirmed the launch, thinks it was a ballistic missile, Kyodo news agency reported.

U.N. resolutions have barred North Korea from testing ballistic missiles, which can be capable of carrying nuclear warheads depending on their design.

Pyongyang tested two short-range ballistic missiles a few weeks ago. North Korea said afterward it had been a successful test of a new type of long-range cruise missile, marking the first test launch in six months.

At the time, South Korean President Moon Jae In called those tests a "provocation."

Yonhap reported the Tuesday test could have been an effort by Pyongyang to test whether Seoul would still brand a similar launch as a provocation.

Meanwhile, North Korea's U.N. ambassador said his country had an indisputable right to develop and test weapons systems of any kind, in a speech at the U.N. General Assembly on Monday.

Kim Song accused the United States of pursuing a hostile policy against Pyongyang – which Washington denies – and called on the U.S. to halt joint military maneuvers with South Korea permanently.

For years, Pyongyang has been developing missiles that are capable of hitting not only South Korea and Japan, but that could carry warheads as far as the U.S.

North Korea has declared itself a nuclear power. According to estimates by the U.S. organization Arms Control Association from August 2020, there are 30 to 40 nuclear warheads in North Korea.

She said Seoul's proposal to declare a formal end to the decades-long Korean War was "interesting and admirable" but at the same time accused South Korea of a hostile attitude and "double standards" in self-defense measures.

Despite a 1953 armistice, the Korean War has never officially ended.

A thaw in relations between North and South Korea took place in 2018 and there were direct talks between the two Koreas, but progress then suddenly stalled.