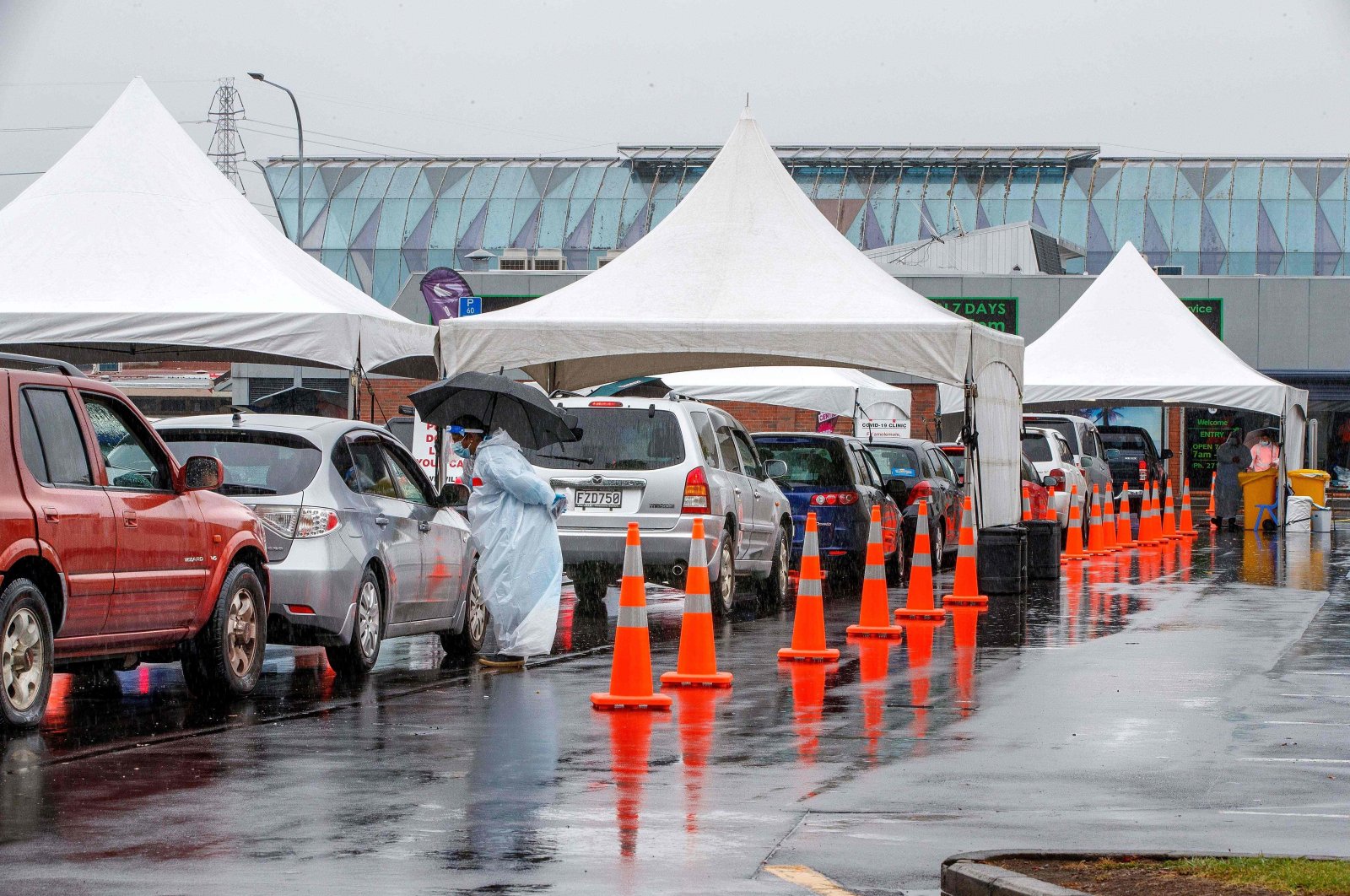 Motorists queue at the Otara testing station after a positive COVID-19 case was reported in the community as the city enters a level 3 lockdown in Auckland, Feb. 15, 2021. (AFP Photo)
by French Press Agency - AFP Feb 15, 2021 1:42 pm
RECOMMENDED

Prime Minister Jacinda Ardern ordered the 72-hour lockdown for Auckland after three family members were found to be infected in the North Island city. Schools and non-essential businesses have been forced to close and residents barred from leaving the city except for a few essential reasons.

The health ministry said genomic sequencing has since showed two of the cases were caused by the strain that was first detected in Britain. Tests from the third person were still pending.

"This result reinforces the decision to take swift and robust action around the latest cases to detect and stamp out the possibility of any further transmission," the ministry said.

Authorities said testing of the family's close contacts had so far found no further cases, raising hopes the lockdown will end quickly. But health officials are still unsure how the strain entered the largely coronavirus-free country.

New Zealand's Director-General of Health, Ashley Bloomfield, said the initial focus was on the mother's workplace – at a company providing laundry services to international flights – "because of its obvious connections to the border".

He cautioned it was "too soon to rule in or out" any source of transmission and the woman had not been at work for eight days before testing positive.

As tracing and testing ramped up, the streets of central Auckland were largely empty Monday, with torrential rain helping to discourage people from venturing outdoors.

COVID-19 testing centers were busy, though, and there were long lines of vehicles stopped at police roadblocks as people tried to leave the city despite the lockdown.

Auckland has been ring-fenced from the rest of New Zealand, with travel in and out of the metropolis highly restricted for the next three days.

Neighboring Australia also suspended a quarantine-free travel "bubble" with New Zealand for the duration of the lockdown. It was the first clampdown in nearly six months in the Pacific island nation, which has been widely praised for its handling of the pandemic with just 25 deaths in a population of 5 million.

The remainder of the country was placed on a lower alert level, with people required to wear masks on public transport and gatherings limited to a maximum of 100 people. "I know we all feel the same way when this happens -- not again," Ardern said as she announced the measures on Sunday.

"But remember, we have been here before, that means we know how to get out of this -- together."

Some 60,000 doses of vaccine produce by American company Pfizer and German BioNTech have reached Auckland and would be given to border and quarantine workers beginning Saturday after quality control checks, she said.

Auckland spent more than two weeks in lockdown last August after an outbreak was linked to a worker handling imported frozen freight, but New Zealand has largely been enjoying relaxed restrictions for months.

Several cases caused by the variant first detected in South Africa were also detected in the city three weeks ago, before being traced back to a hotel where the people arriving from overseas had completed quarantine.

That outbreak was successfully contained without a lockdown, even though the South African variant is also considered highly infectious.