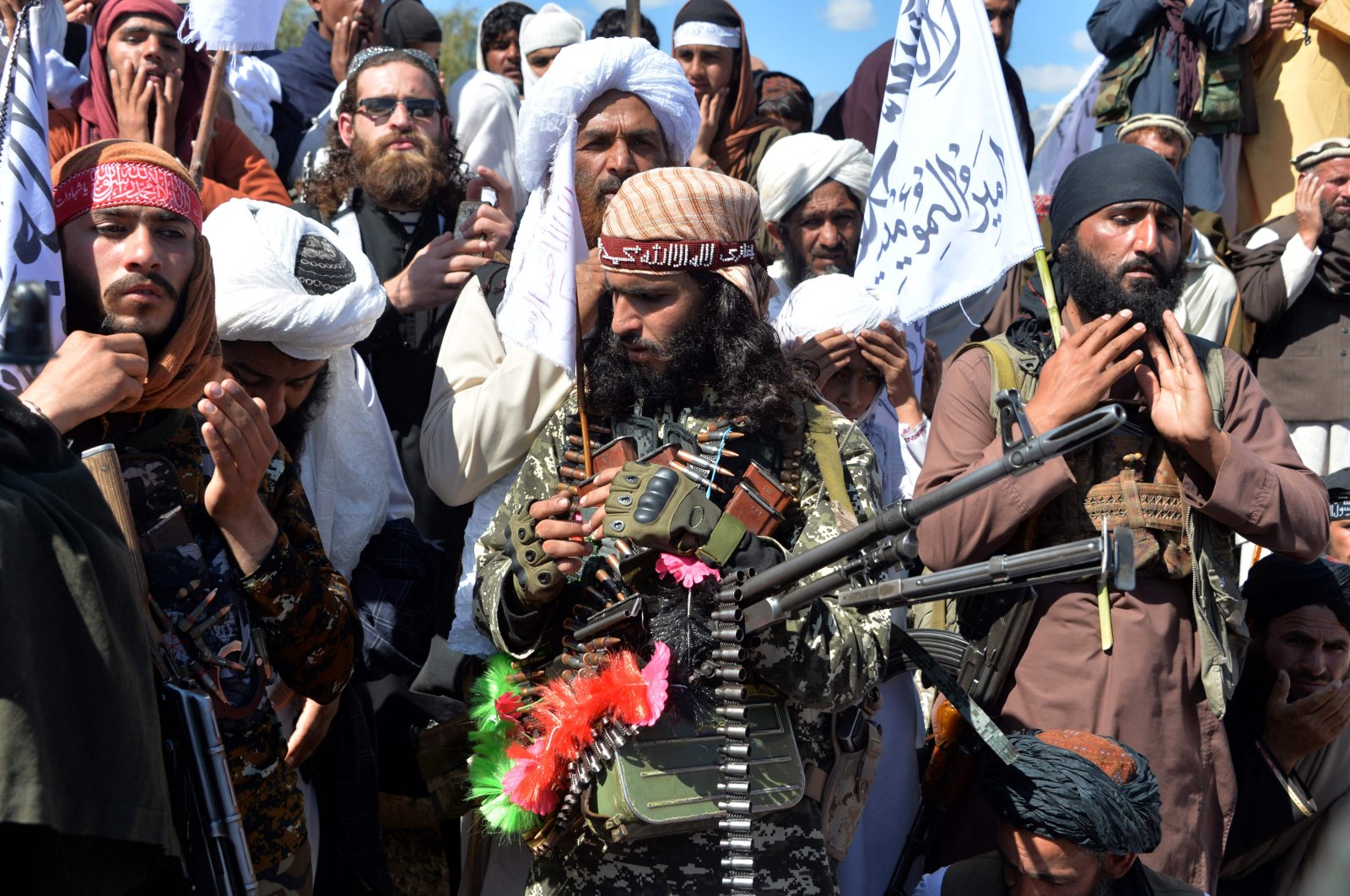 Afghan Taliban militants and villagers attend a gathering as they celebrate the peace deal and their victory in the Afghan conflict on U.S. in Afghanistan, in Alingar district of Laghman Province, March 2, 2020. (AFP Photo)
by French Press Agency - AFP Jul 02, 2020 12:34 pm
RECOMMENDED

More than 800 people were killed or wounded in "deliberate attacks" targeting civilians in Afghanistan during the first half of 2020, the U.N. said Thursday, raising concerns the rising violence was aimed at derailing planned peace talks.

While violence dropped in the run-up to the signing of a deal between the U.S. and the Taliban in February, and immediately after a three-day cease-fire in May, attacks have since been increasing across the country.

"In the first six months of 2020, preliminary figures indicate more than 800 civilians were killed and injured in deliberate attacks against civilians," the U.N. Assistance Mission in Afghanistan (UNAMA) said in a statement.

The mission said the Taliban were responsible for half of those casualties.

In May, a brazen daylight assault on a hospital in Kabul saw armed men rampaging through a maternity ward, killing 25 people including 16 mothers.

The Taliban have denied responsibility for this and many other attacks, but acknowledge fighting government forces in the provinces.

The bloodshed comes as the Taliban and Afghan authorities prepare to launch much-delayed peace talks aimed at ending the country's nearly two-decade-old war.

"It's taken enormous work and some brave decisions for Afghans to reach the point of being on the eve of unprecedented intra-Afghan negotiations," UNAMA chief Deborah Lyons said.

"There are spoilers who do not wish to see an end to war. No matter what tactics they employ to de-rail the peace process, they cannot be allowed to succeed."

UNAMA urged the Taliban and Afghan authorities not to target civilians and push on with efforts to de-escalate the conflict ahead of upcoming talks.

Under the U.S.-Taliban deal, the insurgents were originally supposed to begin peace talks with the Kabul government in March. No start date has been announced.