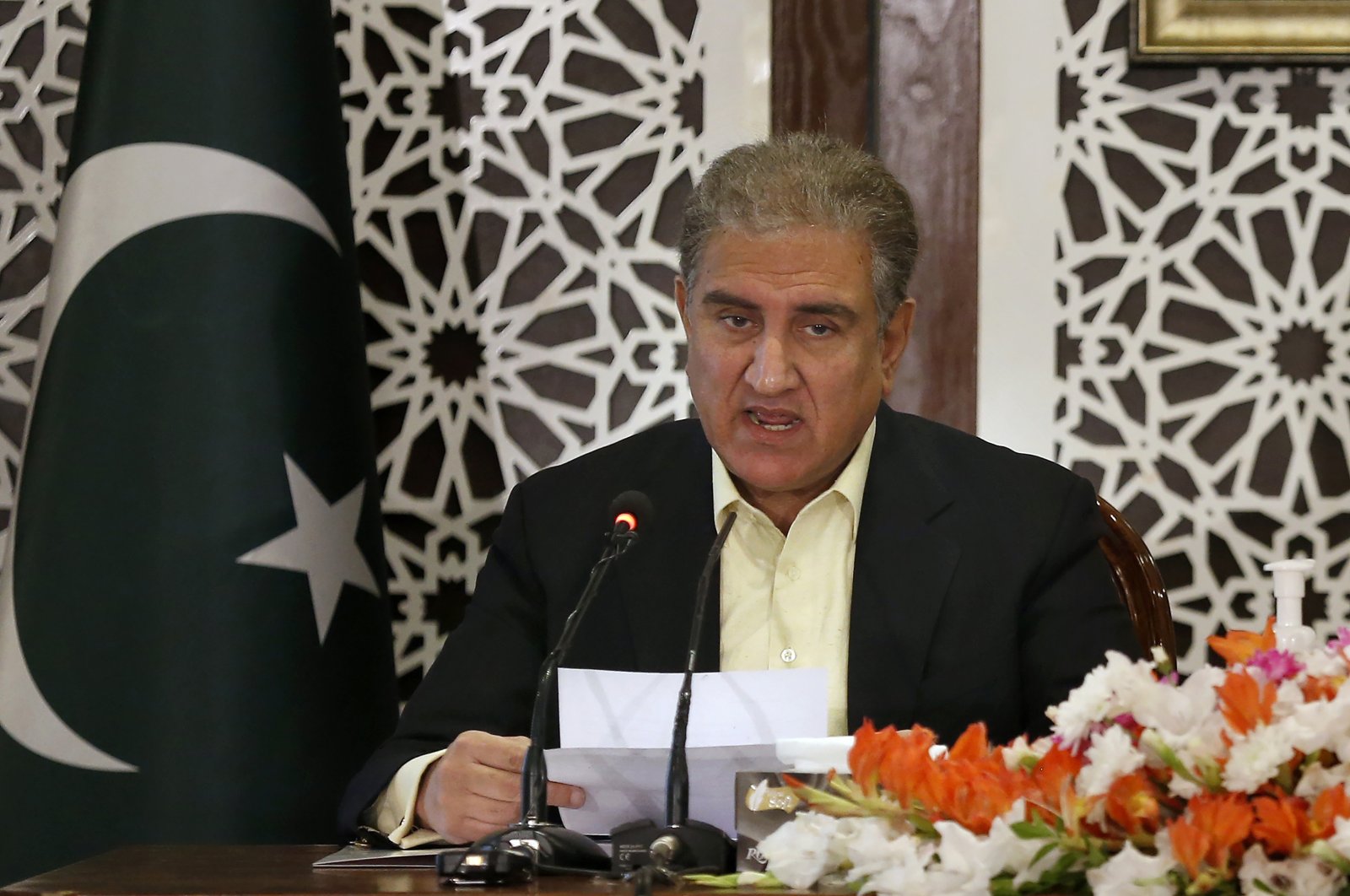 Pakistan's foreign minister on Friday called for the United Nations and the European Union to investigate a recent report exposing a 15-year disinformation campaign that Islamabad alleges was designed to serve India's interests and discredit Pakistan.

The extensive report was published earlier this week by EU DisinfoLab, a Brussels-based nongovernmental organization (NGO).

The findings detail how 10 defunct but U.N.-accredited NGOs were "revived" in order to influence the EU and the U.N. Human Rights Council. It also uncovered over 750 fake local media outlets used to spread disinformation.

At a news conference, Pakistani Foreign Minister Shah Mahmood Qureshi urged the U.N. and the EU to "immediately begin an investigation and delisting of the 10 fake NGOs created by India to malign Pakistan."

"We also call on the United Nations to create processes that ensure that the international system is not manipulated through such influence operations," he said.

The EU DisinfoLab report, entitled "Indian Chronicles," said the operation was led by the Srivastava Group, a business conglomerate that came into the spotlight in India after organizing a visit to the disputed Kashmir region for far-right members of the European Parliament in late 2019.

"The scope and extent of India’s operations against Pakistan under their hybrid war is now apparent for the world to see. Pakistan will take all necessary actions to protect its interests," Qureshi said, accusing New Delhi for running the campaign.

The two nuclear-armed rivals have a history of bitter relations and have fought three wars since gaining independence from Britain in 1947. The EU DisinfoLab report comes less than a month after Pakistan accused India of sponsoring "terrorism". India has likewise accused Pakistan of sponsoring militant groups that have carried out attacks inside its borders in recent years.