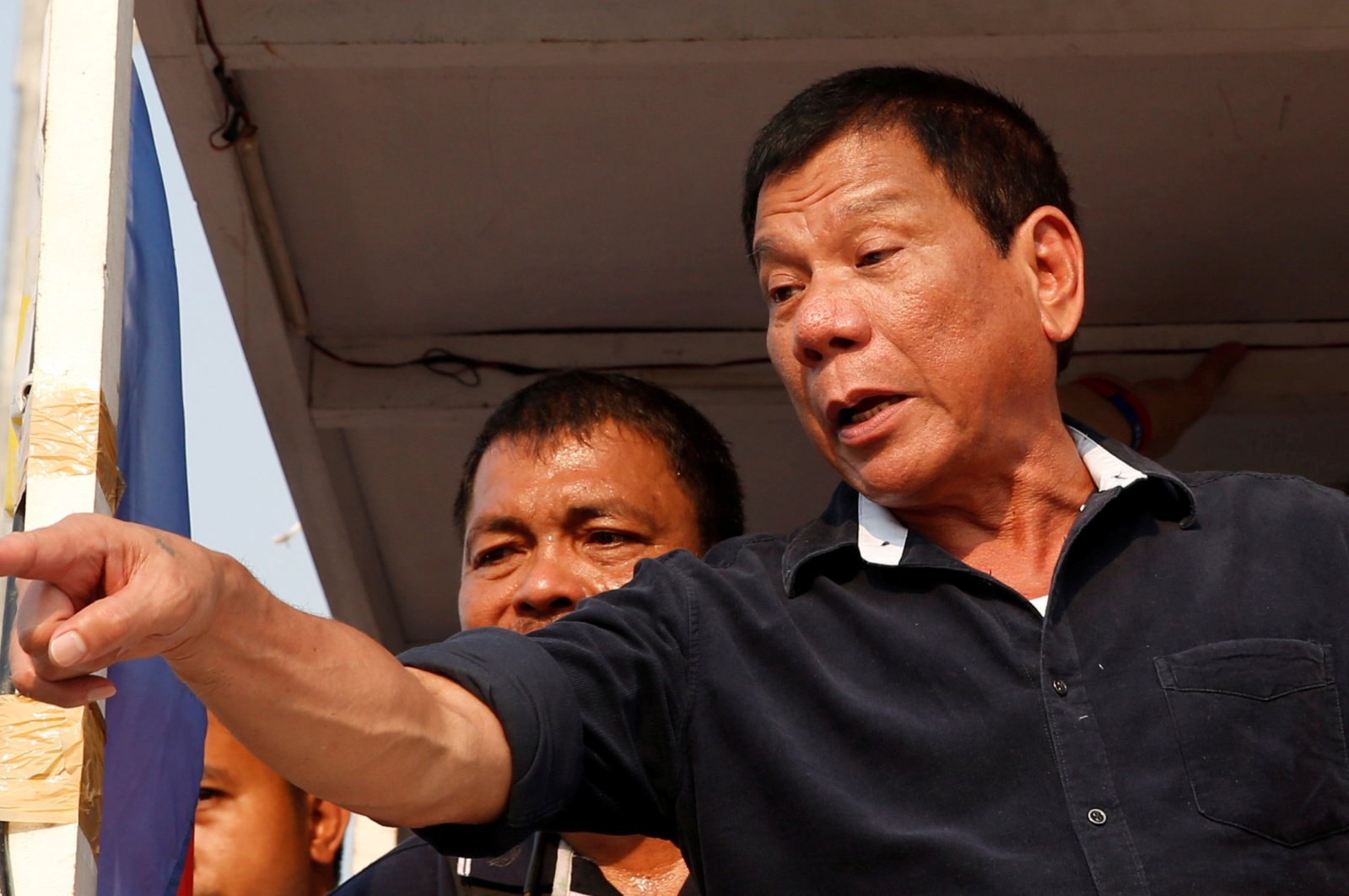 Philippine President Rodrigo Duterte has threatened to send Filipinos to prison if they refuse to have COVID-19 vaccine doses, as the government tries to ramp up jabs to prevent the spread of the more contagious Delta variant.

In a late-night public address, Duterte also said that "stupid” people who do not want to be vaccinated should just leave the country so they don’t end up infecting more Filipinos.

"There is a crisis being faced by the country,” he said. "There is a national emergency. If you don’t want to get vaccinated, I will have you arrested.”

Duterte said he will ask village officials to keep a list of people who refuse to be vaccinated.

"You have to choose, get vaccinated or I'll send you to jail,” he added.

Justice Secretary Menardo Guevarra Tuesday clarified that there is no law that criminalizes the refusal of vaccination.

"I believe the president merely used strong words to drive home the need for us to get vaccinated and reach herd immunity as soon as possible,” Guevarra told reporters. "As a lawyer, he knows that getting vaccinated is a legal choice,” he added.

More than 2.1 million Filipinos have been fully vaccinated since the government launched the vaccination drive in March. However, it was shadowed by shots storage issues and a limited supply of the vaccine produced by American firm Pfizer and its German partner BioNtech. According to vaccination monitor Herd Immunity PH, only 1.95% of the country's 110 million population has received two doses of the vaccine as of Monday.

Duterte, known for his controversial remarks, earlier threatened to shoot citizens violating lockdown measures that were imposed to contain a deadly surge of the virus. Following the threat, there have been reports about police authorities killing violators, including an elderly man and a former soldier, who reportedly suffered from post-traumatic stress disorder.

The Philippines' medical community has been trying to encourage citizens to be vaccinated against the coronavirus by opening vaccination sites in churches, malls and movie theaters to make it easier for Filipinos to be vaccinated. The government has used incentives for citizens to get the COVID-19 jab, including the distribution of livestock.

A specialist in endocrinology at the Philippine General Hospital in Manila, Harold Chiu, told Qatar-based media outlet Al-Jazeera that the president's threat is “against patient autonomy to force and incarcerate people for refusing an intervention.”

“I encourage everyone to get vaccinated because vaccines work and they prevent us from getting severe COVID-19,” he said, while Cristina Palabay, who leads the Karapatan rights group, said Duterte’s comment “has no basis in law.”

“The legal basis for such statement is highly questionable, and morally and socially, it is unacceptable,” Palabay criticized Duterte, adding that his approach will only scare people and asserted that “it will have far-reaching implications on how we promote and enhance a truly comprehensive health care system in this country."

The Philippines is struggling to halt the surge of the coronavirus lately. The country has found four new cases of the highly infectious Delta variant, triggering new restrictions, which have been increased to a “heightened alert” level.

“We want to prevent further the entry of this Delta variant,” Department of Health spokesperson Maria Rosario Vergeire told a media briefing Monday. “All are on heightened alert,” Vergeire added, saying all local governments have been told to be “on guard.”

All four new cases of the Delta variant, which was first detected in India, are from Filipinos returning abroad and the total cases of the recently discovered variant were officially brought to 17. The country prepares to maintain a travel ban from a number of countries, namely India, Pakistan, Nepal, Bangladesh, Sri Lanka, Oman and the United Arab Emirates (UAE), until June 30 in a bid to stop further spread of the infection.