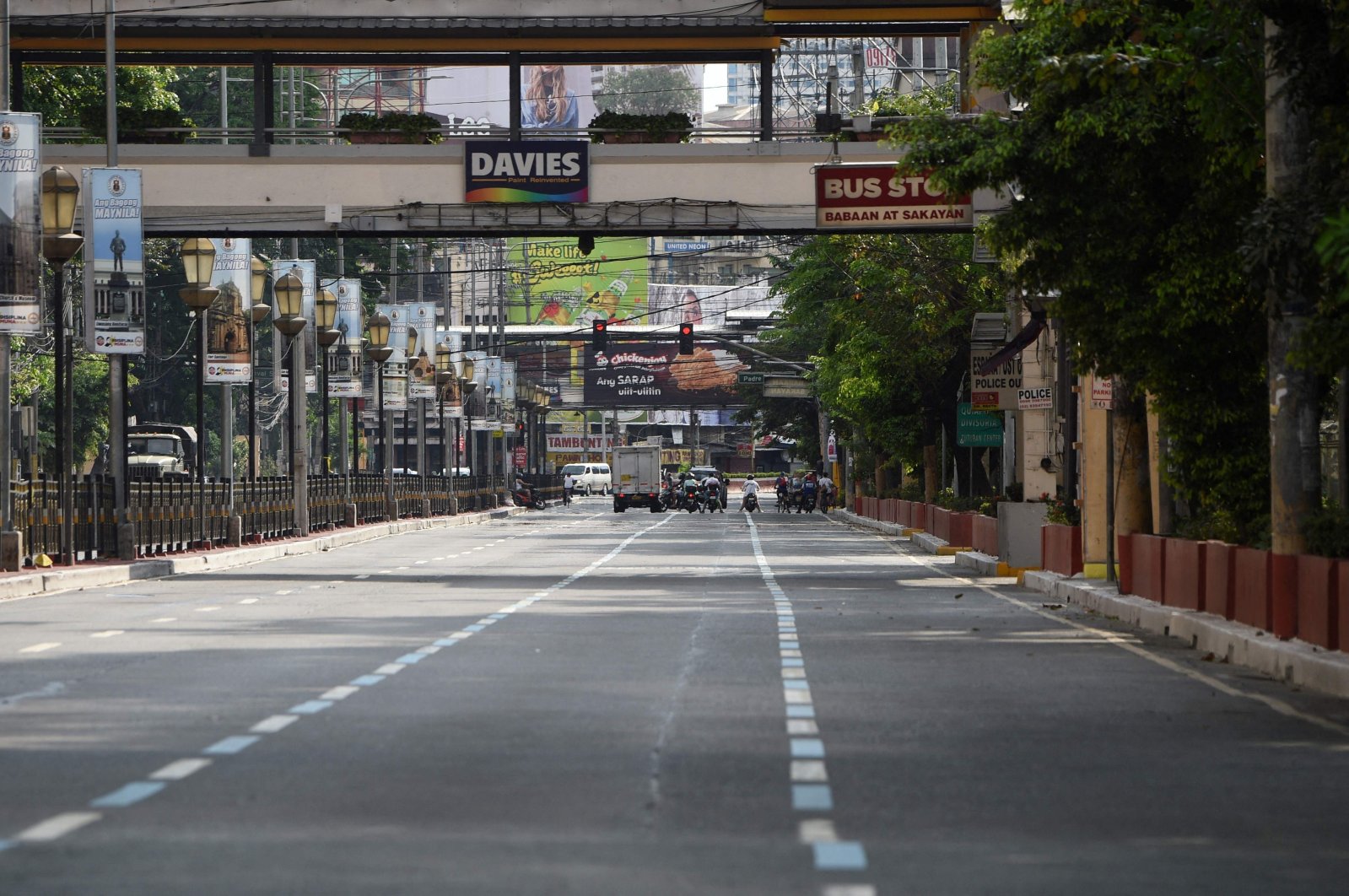 The Philippines announced Saturday that more than 24 million people in and around Manila will go into lockdown next week, as hospitals in the capital struggle to cope with a surge in coronavirus infections.

The tougher restrictions in the country's economic heartland -- which accounts for about a fifth of the population -- come as more contagious variants of the virus fuel a resurgence in cases.

The week-long rules announced by presidential spokesman Harry Roque apply to Metro Manila and four surrounding provinces, which have already been placed in a travel bubble to try to prevent the spike spreading further.

"The virus is the enemy, not the government," Roque said.

"While we're at home we expect the infection rates to slow."

From Monday, people will have to work from home unless they are considered essential workers, and public transport will be halted.

All mass gatherings will be banned, night-time curfews from 6:00 pm to 5:00 am will be enforced and non-essential businesses will be shut.

People will be allowed outside for exercise, but an existing stay-at-home order for all children and the elderly remains in place.

Previous lockdowns have inflicted severe pain on the economy, but Roque said fewer work days next week owing to the Easter public holidays on Thursday and Friday would limit disruption.

New infections hit 9,595 on Saturday -- the second highest for a single day since the start of the pandemic -- taking the country's caseload to more than 712,000.

Metro Manila, where many of the more than 12 million inhabitants live in poor and overcrowded neighborhoods, accounts for more than half of active cases despite the introduction of targeted lockdowns in virus-hit streets and neighborhoods in recent weeks.

Independent research group OCTA, which has warned daily new infections could top 11,000 by the end of March, said Saturday that tougher restrictions were needed for at least two weeks to "save our hospitals and healthcare workers from being overwhelmed."

A growing number of hospitals in the capital have reported that beds allocated for Covid-19 patients are full.

A doctor who works as a consultant at several public facilities told AFP: "It's like a war out there."

"People are dying at home because no one would take them in (hospitals) -- even those who have money and are willing to pay," he said on the condition of anonymity.

Ambulance driver Ronald Ramos said he had seen hospital emergency rooms filled with patients waiting to be admitted to intensive care wards and other rooms.

"Some of them are in the hallway or in front of the nurses' station because there's really nowhere else for them to go," he told AFP.

The government has been skewered over its handling of the pandemic, and the slow procurement and rollout of vaccines.

Health workers and soldiers started to receive jabs this month, but Roque said the elderly and people with co-morbidities would also be inoculated if doses are available.

But overcoming vaccine hesitancy will be a challenge.

A new survey published by Pulse Asia on Friday showed 61 percent of Filipinos do not want to get vaccinated against Covid-19 -- most of them because of safety concerns.