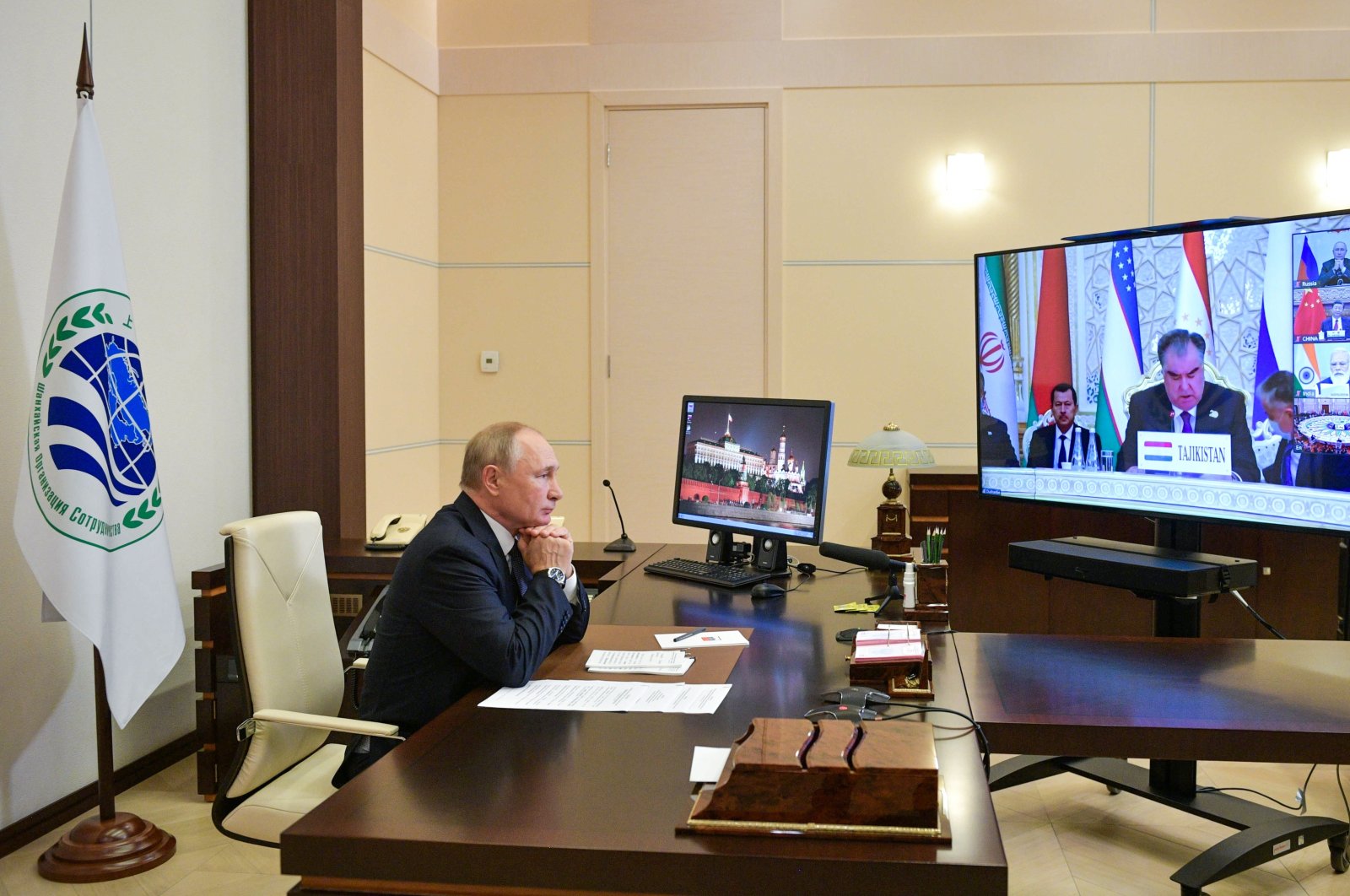 The Shanghai Cooperation Organisation (SCO) called for talks between the bloc and the Taliban and for efforts to prevent the rise of extremism.

The SCO member states came together Friday to address concerns over the unfolding crisis in Afghanistan. These talks were preceded by a series of meetings within the Russia-led alliance Collective Security Treaty Organization (CSTO), which includes six post-Soviet countries, namely Russia, Belarus, Armenia, Tajikistan, Kyrgyzstan and Kazakhstan, on Wednesday and Thursday in the Tajik capital of Dushanbe.

Speaking via video link China's President Xi Jinping said that member nations of the SCO should help drive a smooth transition in Afghanistan, according to Chinese state media.

The SCO is comprised of eight members: China, India, Kazakhstan, Kyrgyzstan, Russia, Pakistan, Tajikistan and Uzbekistan. Afghanistan is an observer state in the group.

Following the Taliban takeover in Afghanistan, U.S. President Joe Biden's administration has said any central bank assets the Afghan government has in the United States will not be made available to the Taliban. The International Monetary Fund (IMF) has said Afghanistan will not have access to the lender's resources. Mirziyoyev, whose country borders Afghanistan, called for talks between the bloc and the Taliban and for efforts to prevent the rise of extremism. Unfreezing Afghan assets, he said, could help achieve those goals.

"Considering the humanitarian situation, we propose looking into the possibility of lifting the freeze on Afghanistan's accounts in foreign banks," he said.

Russian President Vladimir Putin, who spoke at the same meeting through a video link, also called for contacts between the SCO and Kabul but did not mention any other concrete steps. He noted that the shift of power in the country "took place almost bloodlessly," and the Taliban militants control almost the entire territory of the country.

“The new Afghan authorities should be encouraged to fulfill their own promises to establish peace, normalize public life, and ensure security for all. It is time to work with Afghan partners," the Kremlin press service quotes Putin as saying.

In a speech at the same meeting, Pakistan’s Prime Minister Imran Khan called for economic support for Afghanistan.

"Urgent priorities are to prevent a humanitarian crisis and an economic meltdown. We must remember that the previous government depended heavily on foreign aid and its removal could lead to economic collapse," he said, according to remarks carried by Reuters.

"Going forward, we believe positive engagement of the international community with Afghanistan is extremely important."

He said the Taliban should create an "inclusive political structure" that included representation of all ethnic groups and prevent Afghan soil from being used for international militancy.

Pakistan has had deep ties with the Taliban and has been accused of supporting the group as it battled the U.S.-backed government in Kabul for 20 years – charges denied by Islamabad.