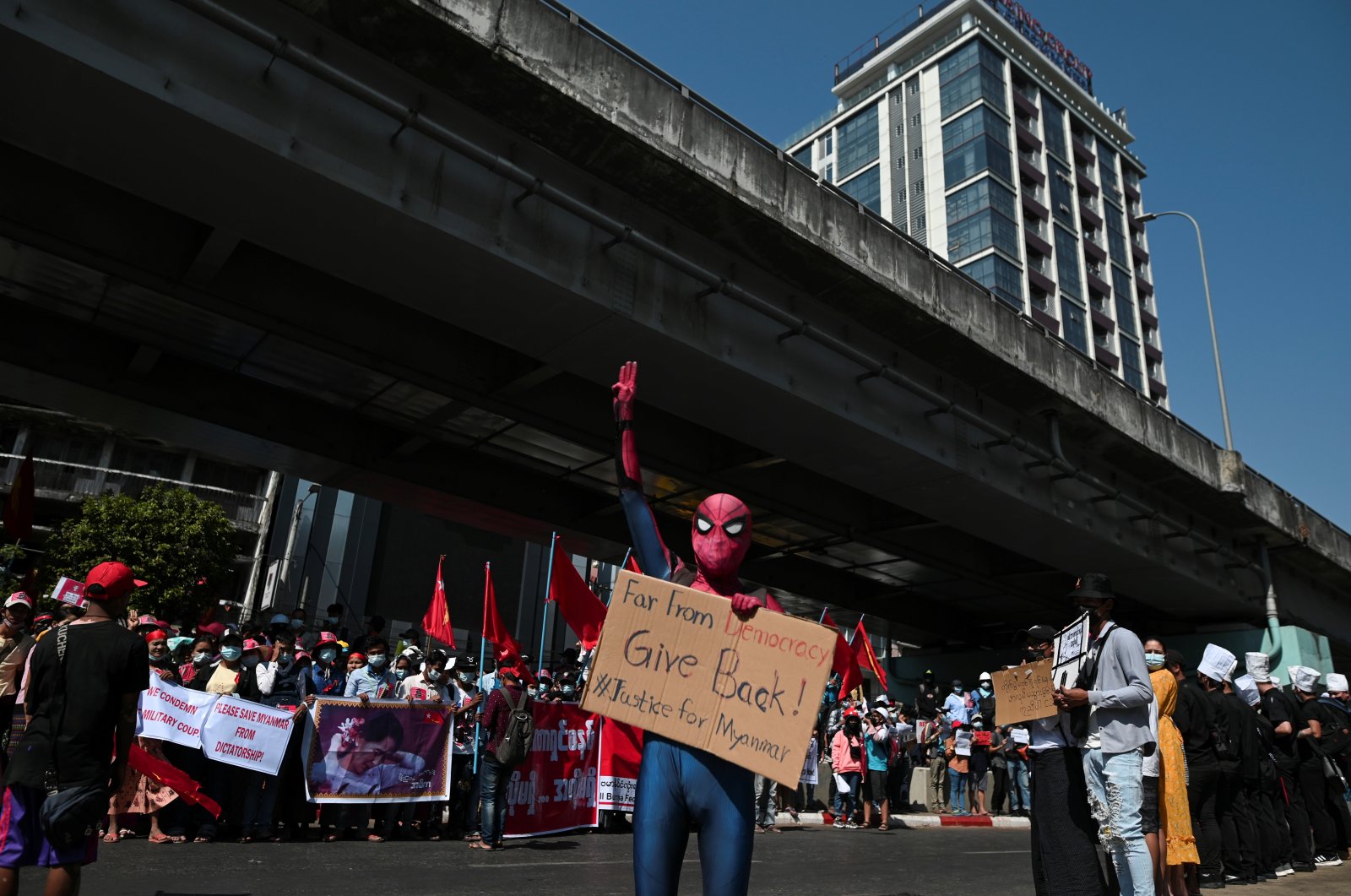 A protestor wearing a Spiderman costume gives the three-finger salute as he rallies against the military coup and to demand the release of elected leader Aung San Suu Kyi, in Yangon, Myanmar, Feb.10, 2021. (Reuters Photo)
by Reuters Feb 13, 2021 6:37 pm
RECOMMENDED

Myanmar's "Spiderman" suited up for the eighth day of protests Saturday, to join tens of thousands of people around the country who oppose this month's military coup and want the return of ousted leader Aung San Suu Kyi.

The 28-year-old, who goes by the name "Spidey Htoo," recently returned from Singapore to start a business. But the coronavirus outbreak set back his plans and now he fears the coup on Feb. 1 has derailed them.

Spidey Htoo said he wore the superhero costume at protests to stay out of trouble amid a wave of arrests after the coup.

The United Nations human rights office said on Friday more than 350 people had been arrested in Myanmar since the coup. Suu Kyi was detained on the first day and protesters demand her release.

Spidey Htoo said his participation in protests had been a dilemma for his parents. They don't want to speak out but also don't want military rule in a country that lived in isolation under juntas for nearly 50 years until opening up began in 2011.

"Finally, they allowed me to join," he said.

By wearing a costume, he hopes to catch the attention of onlookers and media, Spidey Htoo said. Authorities cracked down bloodily on protests in 1988 and 2007, but the latest demonstrations have often had a lighter tone with people dressed in a variety of costumes.

"Our protest is going to be completely different from the older protests ... Our ideas and creativity are more advanced than their tactics. They can't defeat us. We will win." he says.

Myanmar was plunged back into direct military rule when soldiers detained de facto civilian leader Suu Kyi and others in a series of dawn raids, ending the country's brief experiment with democracy.