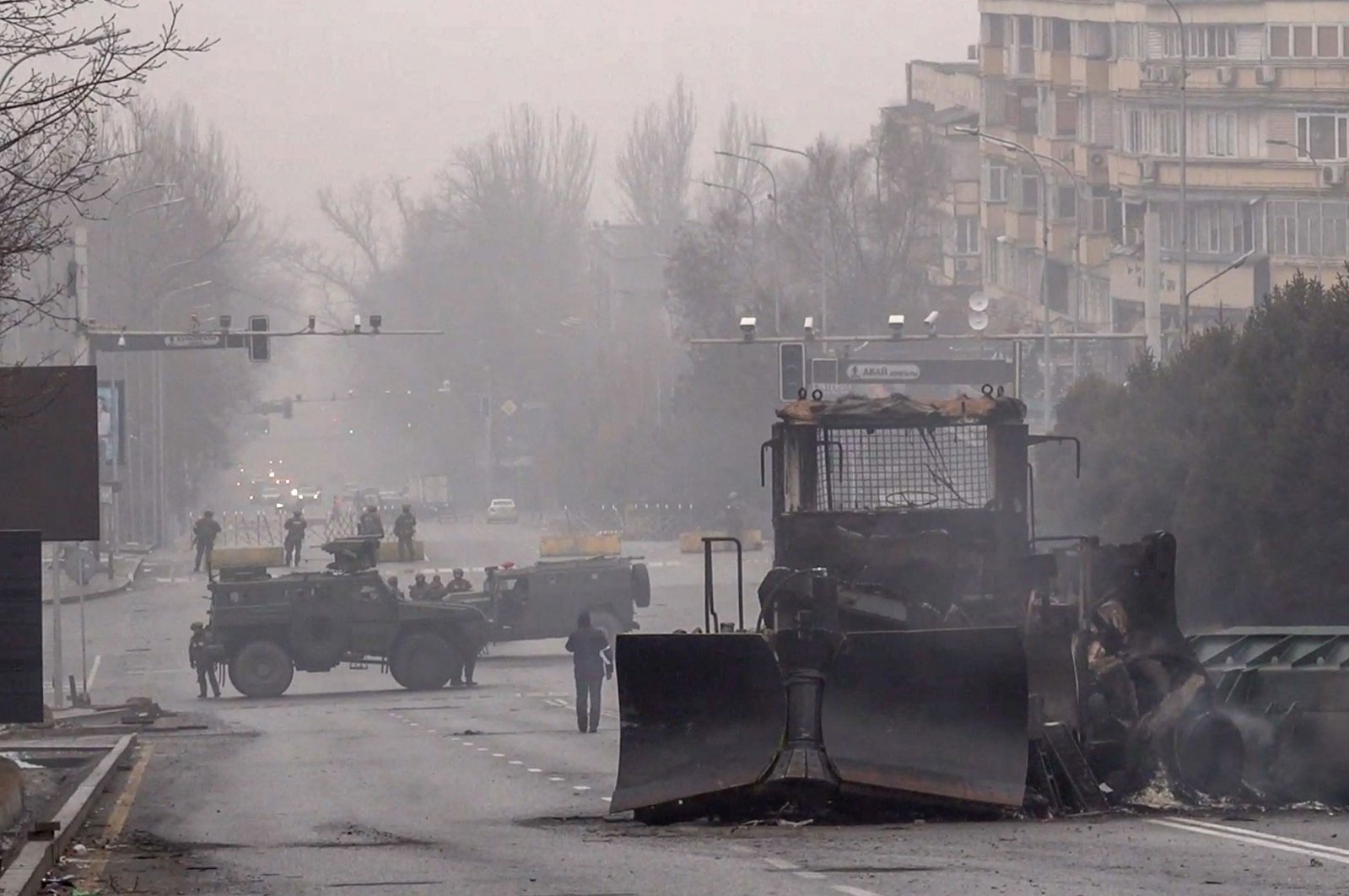 “No talks with the terrorists, we must kill them,” Kazakh President Kassym-Jomart Tokayev said in a tweet late Friday, referring to the protesters as riots engulf the Central Asian nation.

Dozens of people have been killed in clashes on the streets and protesters have torched and ransacked public buildings in several cities in the worst violence in Kazakhstan's 30 years of independence.

“They were beating and killing police officials and young soldiers, setting administrative buildings on fire, looting private premises and shops, killing secular citizens, raping young women,” Tokayev said, adding that “Gangsters and terrorists very well trained, organized and commanded by the special center. Some of them were speaking non-Kazakh languages.”

“There were at least six waves of terrorist attacks at Almaty, the total of them 20,000.”

The protests began in western Kazakhstan on Jan. 2 over an increase in the prices of liquefied petroleum gas (LPG), and later spread to other areas of the country before going nationwide.

In response, Tokayev declared a state of emergency in the commercial capital Almaty and the oil-rich Mangystau region.

Demonstrations that began as a response to a fuel price hike have swelled into a broad movement against the government and former President Nursultan Nazarbayev, 81, the longest-serving ruler of any former Soviet state. He stepped down as president three years ago but continues to wield power.