Rescuers dig for 21 people buried in landslides in Indonesia 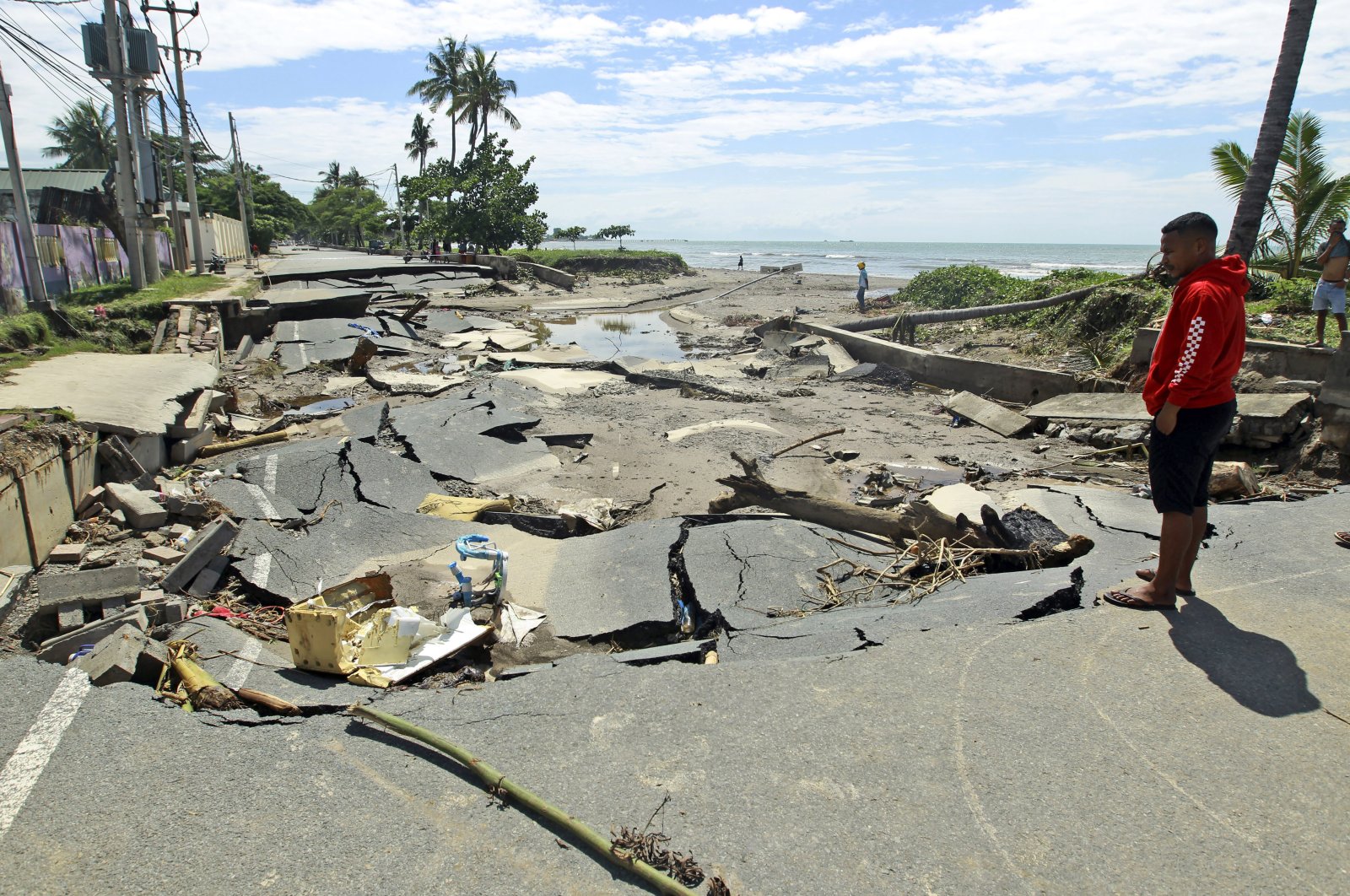 Rescuers in remote eastern Indonesia dug through the debris of a landslide Tuesday in search of as many as 21 people believed to be buried in one of several disasters brought on by severe weather in the Southeast Asian nation and neighboring East Timor.

More than a dozen villages were affected by Sunday's landslide on Lembata island, which was triggered when torrential rains caused solidified lava from an eruption in November to tumble down the slopes of the Ili Lewotolok volcano.

At least 16 people have been confirmed dead, according to Indonesia’s National Disaster Mitigation Agency.

Hundreds of police, soldiers and residents dug through the debris with their bare hands, shovels and hoes searching for those buried, with their efforts hindered by heavy rain.

Relatives wailed as they watched rescuers pull out a mud-caked body, place it on a bamboo stretcher and take it away for burial.

Landslides and flooding from heavy rains from a tropical cyclone have killed at least 86 people across several islands in Indonesia and 27 people in East Timor.

Thousands of homes have been damaged and thousands of people displaced by the disasters, which could worsen because the storm is expected to continue affecting the region for several days as it moves south toward Australia.

Rescue efforts were being hampered by the weather and the remoteness of the areas affected. Roads and bridges were damaged in many places.

The National Disaster Mitigation Agency lowered the death toll Tuesday to 86 – down from 128 – after search and rescue teams reverified victims’ data and found that some who were reported dead by local officials were still missing.

In addition to the dead, Indonesian disaster officials said at least 98 people were missing. President Joko Widodo held a Cabinet meeting Tuesday to speed up search and rescue efforts and aid distribution, especially to people in isolated areas.

"If we cannot reach there by land, I ask that we swiftly reach there by sea and air,” Widodo said. He vowed to restore power, health services and infrastructure in the devastated areas.

Rescue personnel with eight excavators and tons of food and medicine were to be deployed from Makassar city on Sulawesi island, but were being hindered by a lack of sea transportation to the remote islands, said National Disaster Mitigation Agency chief Doni Monardo.

He called on the private sector to support relief efforts in the remote areas. Three helicopters began reaching isolated areas of the islands Tuesday.

Two helicopters with police and soldiers were expected to support the distribution of aid and supplies and transport injured people, the elderly and others in need of assistance, Monardo said.