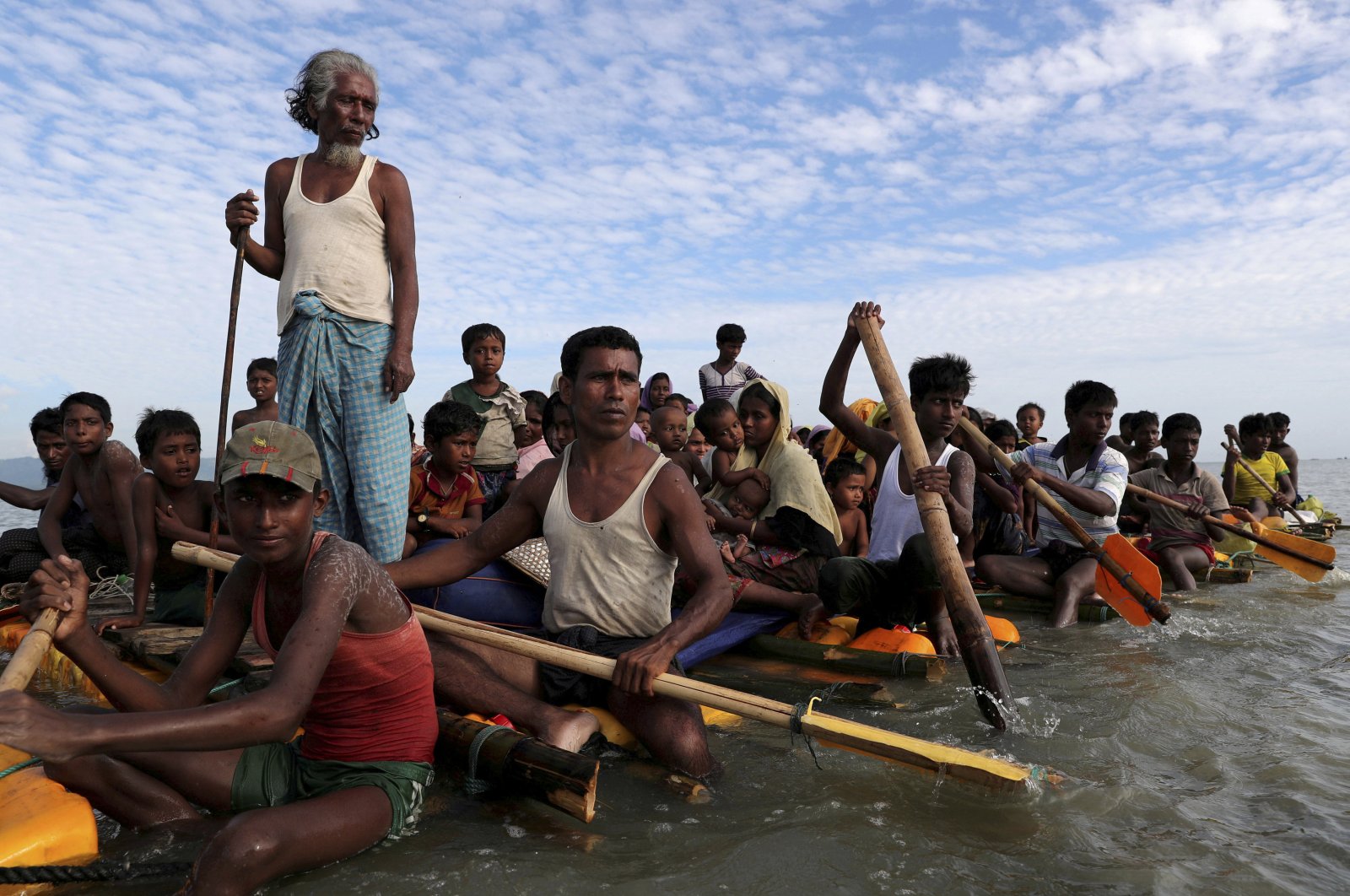 Dozens of Rohingya refugees stranded at sea for weeks have been relocated to a controversial flood-prone island in the Bay of Bengal, Bangladesh officials said Sunday.

Bangladesh last year constructed facilities for 100,000 people on Bhashan Char, a muddy silt islet in the cyclone-prone coastal belt, saying they needed to take the pressure off crowded border camps that are home to almost 1 million Rohingya.

The 28 Rohingya were taken to the island late Saturday instead of the camps as authorities were afraid they might be infected with the coronavirus, Foreign Minister A.K. Abdul Momen told AFP.

"Most likely they will stay there until they return to Myanmar."

They are the first group of Rohingya to be sent to the island, local government administrator Tanmoy Das told AFP, adding they were being looked after by navy personnel who had built the facilities.

Officials said the group including 15 women and five children were detained after coming ashore on Saturday from one of two boats suck at sea while trying to reach Malaysia.

Some 250 other refugees who also left the boat in six or seven dinghies have not been found, he added.

Bangladesh had refused to let the two trawlers carrying about 500 people land on its territory despite U.N. calls to allow them in as a powerful storm bears down on the region.

So far, no coronavirus cases have been confirmed in the sprawling camps in Bangladesh's Cox's Bazar that house Rohingya who fled a 2017 military crackdown in neighboring Myanmar.

The plan to move the refugees to Bhashan Char has been staunchly opposed by the Rohingya community.

The U.N. refugee agency UNHCR said Sunday that comprehensive assessments were needed before anyone is moved to the island, spokeswoman Louise Donovan told AFP.

"UNHCR has all preparations in place to ensure the safe quarantine of any refugees arriving by boat to Cox's Bazar, as a precautionary measure related to the COVID-19 pandemic," she added.

Human Rights Watch South Asia chief Meenakshi Ganguly said the relocation would place the refugees "at further risk after the suffering that they have already endured."

In mid-April, 396 starving refugees were rescued from a trawler stranded in the Bay of Bengal for more than two months. At least 60 people died on the boat.

The survivors were moved to transit centers near the border camps where they were quarantined.

Thousands of Rohingya try every year to reach other countries, making the perilous journey on crowded, rickety boats.