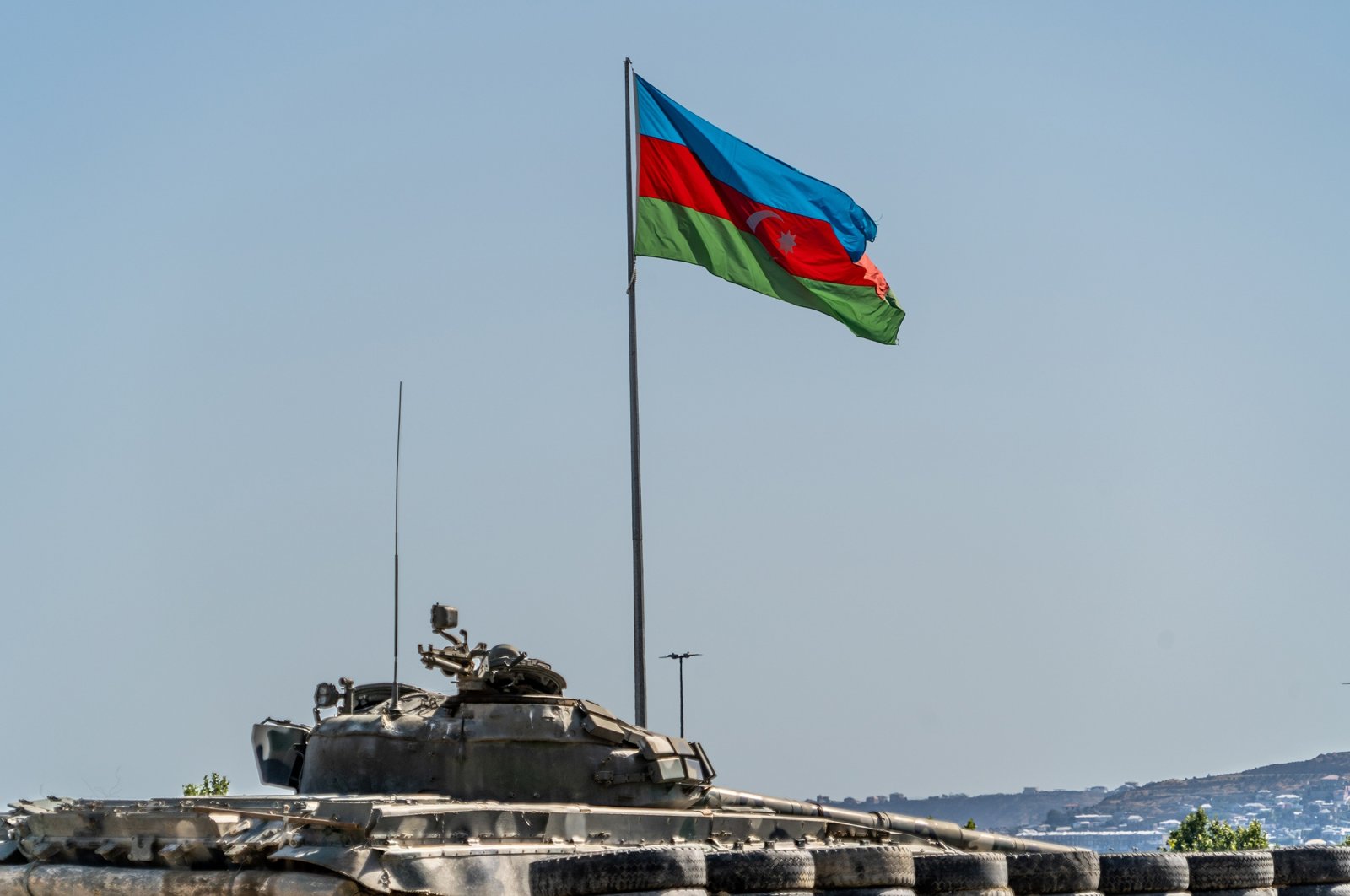 Russia must put an end to the illegal presence of Armenian troops within Azerbaijan's borders, Baku urged Moscow on Wednesday as Russia vowed to help modernize and re-equip Yerevan’s army.

In a statement, Azerbaijan's Defense Ministry said Russian peacekeeping troops temporarily deployed in Azerbaijan should take action against the presence of Armenian forces in the country under a trilateral agreement inked last year.

The ministry accused Armenian forces of moving into Azerbaijani territory and building outposts, actions prohibited under the Nov. 10, 2020 treaty.

These new posts are being set up "near Mukhtarkend and Shushakend, as well as in the territories to the east of the administrative boundaries of the Kalbajar and Lachin regions," it added.

Noting that Azerbaijani military forces had taken the necessary measures to prevent such behavior, it said that Yerevan seeks to escalate tension between the two countries.

It further argued that a recent order by Armenia's new Defense Minister Arshak Karapetyan for the Armenian military to "use force by any means" was "irresponsible and provocative."

Meanwhile, Russian Defense Minister Sergey Shoigu stated on the same day that Russia will help re-equip and modernize the Armenian Armed Forces, praising Yerevan as "Russia's ally and a key partner in the Caucasus region.”

Shoigu promised further support to the country as he greeted his Armenian counterpart, Karapetyan, at a meeting in Moscow.

"We attach great importance to the development of our cooperation in the military field, both in the bilateral format and within the framework of the CSTO (Collective Security Treaty Organization). At the same time, we are ready to continue to assist in the implementation of the program for the reform and re-equipment of the Armenian Armed Forces. The task is not easy, but I think that with your experience you can handle it," he said.

Karapetyan expressed gratitude to Shoigu for his readiness to help restore the combat capabilities of his armed forces.

He stressed that his first international visit as defense minister is to Russia.

"Russia is the only state that provides really tangible security for the Armenian people and today deals with security issues not only in Nagorno-Karabakh but also directly on the borders of Armenia. We are ready for very close and effective cooperation," he said.

New clashes erupted in September last year and ended on Nov. 10 with a Russia-brokered cease-fire.