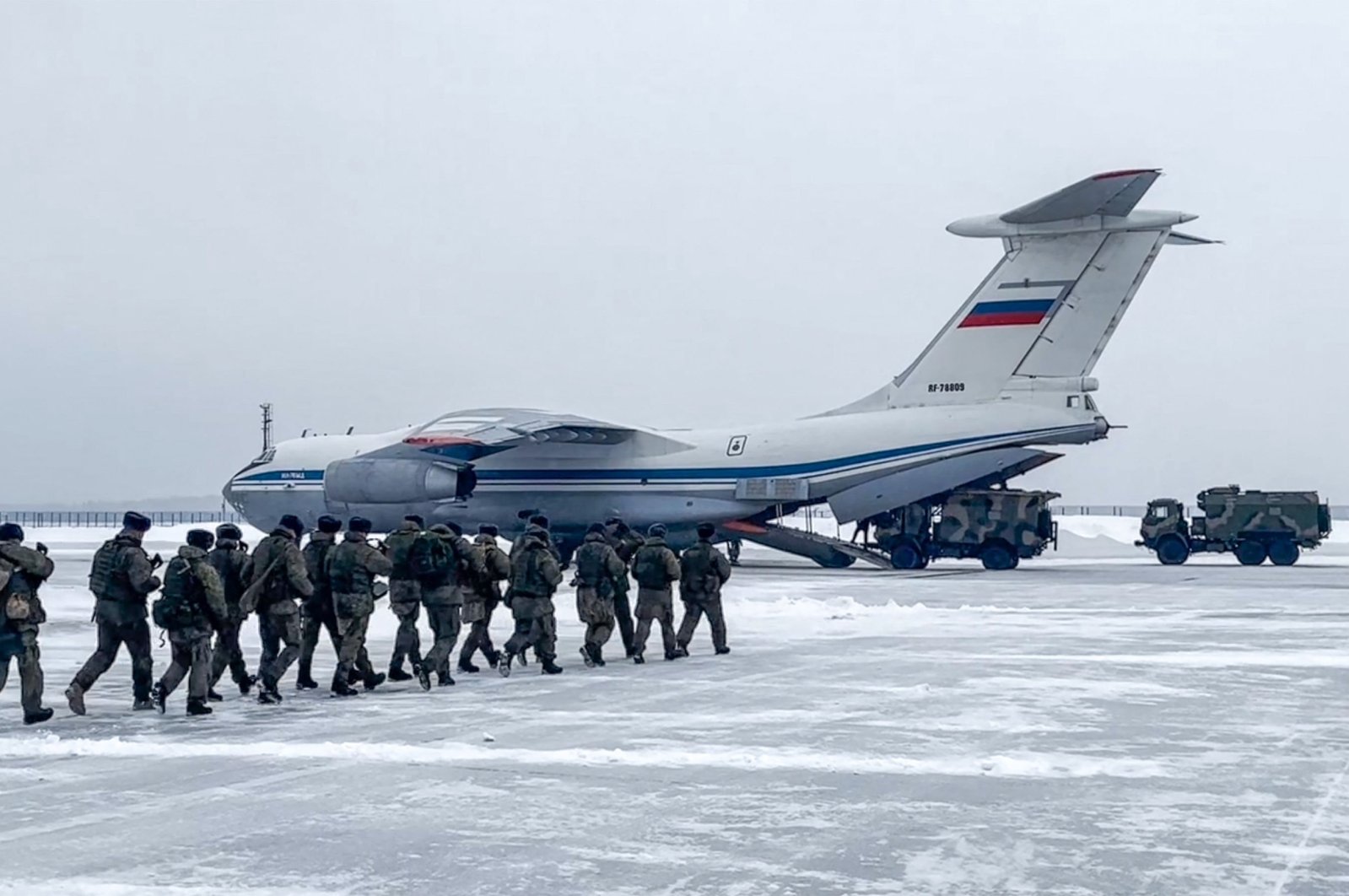 Russian soldiers have brought the airport in Almaty, Kazakhstan "under full control," authorities in Moscow said on Friday.

The Russian troops had worked with their Kazakh counterparts to restore order to the airport, Defence Ministry spokesperson Igor Konashenkov said, according to the Interfax news agency.

The airport's operations were disrupted after anti-government protesters, angered by rising fuel prices, occupied the transport hub earlier this week.

Russia deployed troops to the former Soviet state after Kazakh President Kassym-Jomart Tokayev asked for help in putting down the demonstrations.

Almaty, Kazakhstan's biggest city and economic hub, has now seen days of rioting, including the torching of government buildings.

Tokayev said Fridnay Almaty had been attacked by "20,000 bandits" with a "clear plan of attack, coordination of actions and high combat readiness."

He gave his "special thanks" to Russian President Vladimir Putin after the Moscow-dominated Collective Security Treaty Organisation (CSTO) sent troops to Kazakhstan to help quell the unrest.

The interior ministry said Friday that security forces had taken all the country's regions "under increased protection" and that 26 "armed criminals" had been killed and 18 wounded in the unrest.

Tokayev earlier declared a nationwide state of emergency and appealed for help from the CSTO, which includes five other ex-Soviet states, to combat what he called "terrorist groups" that had "received extensive training abroad."

Fighting had continued in Almaty on Thursday, with an Agence France-Presse (AFP) correspondent hearing bursts of gunfire from the direction of the city's main square.

Local media reports said late on Thursday that security forces had cleared demonstrators from the square and other key government buildings.

The first units of Russian forces from the Moscow-led peacekeeping force had arrived in Kazakhstan, the Russian defense ministry said, after Tokayev appealed for assistance on Wednesday. It marked the alliance's first major joint action since its founding in 1999.

Russia said it saw the unrest as "an attempt inspired from outside to undermine the security and integrity" of Kazakhstan.

The interior ministry said Thursday it had detained about 2,300 people.

Officials said more than 1,000 people had been wounded in the unrest, with nearly 400 admitted to hospital and more than 60 in intensive care.

Protests spread across the nation of 19 million this week in outrage over a New Year increase in prices for liquid petroleum gas (LPG), which is used to fuel many cars in the country.

Thousands took to the streets in Almaty and in the western province of Mangystau, saying the price rise was unfair given oil and gas exporter Kazakhstan's vast energy reserves.