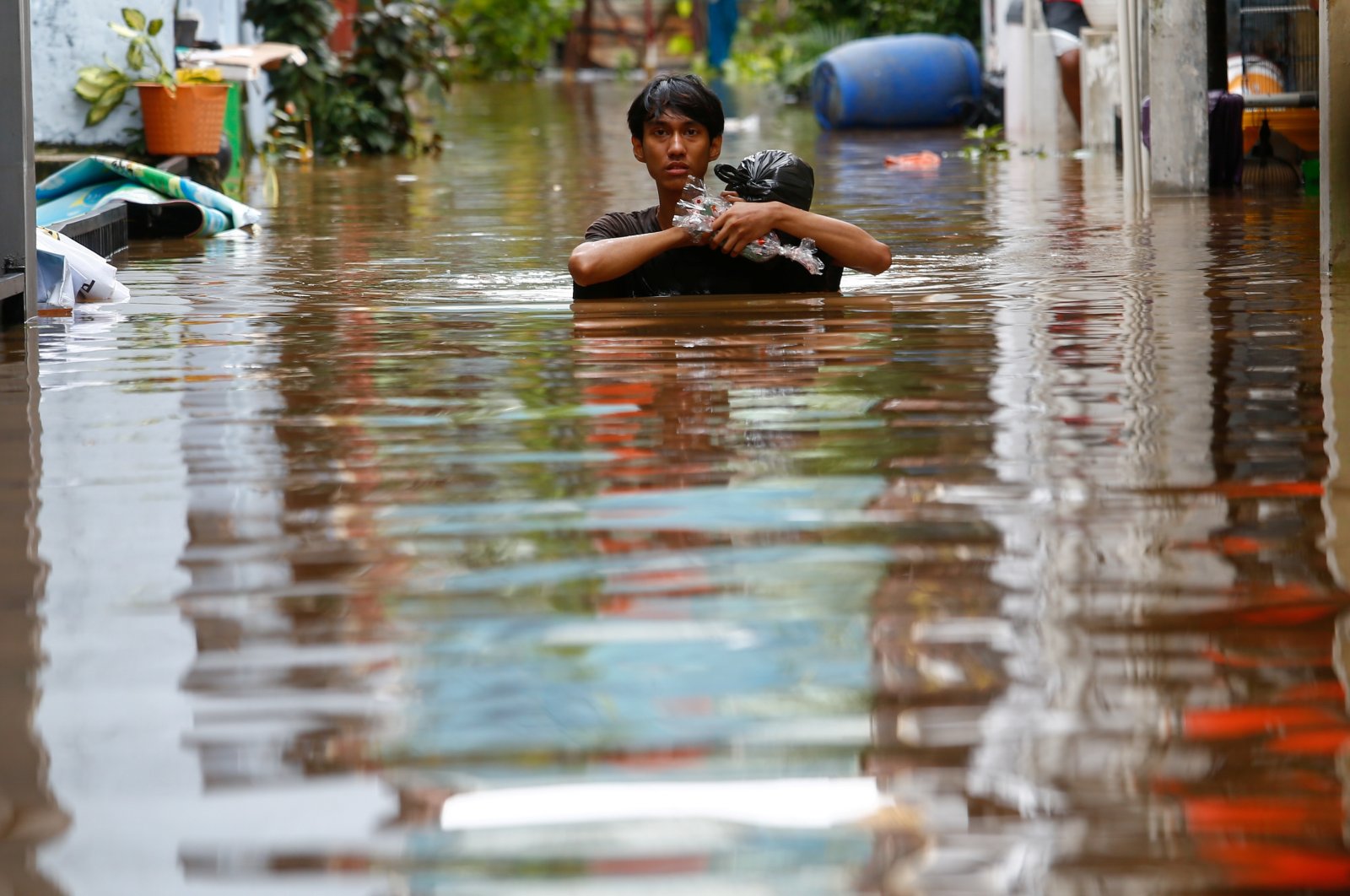 At least five people were killed in the severe floods that submerged entire neighborhoods in Indonesia's capital Jakarta, authorities said Sunday, as residents returned to clean their homes and salvage belongings.

The city was struck by torrential rains over the weekend, which flooded dozens of major roads and forced hundreds of people to rush to emergency shelters.

He added that three boys died after being swept away by the floods, and one girl drowned.

Indonesia's meteorological agency warned that Greater Jakarta – a region of around 30 million people that is regularly hit by floods in the rainy season – can expect more heavy downpours next week.

"The river overflowed and brought a lot of mud... I have suffered great financial loss," said Ali Fatullah, a fruit seller in the town of Bekasi on the outskirts of Jakarta.

He said furniture and electronic devices were damaged by the water.

Kurnianto said some 1,700 people remained in shelters, though many residents had started returning to their homes.

Floodwaters had hit 200 neighborhoods in the region, and 40 were still under at least one foot of water Sunday.

Jakarta saw some of its deadliest floods in years in January last year after downpours that also triggered landslides.

At least 67 people in the capital and nearby cities were killed in that disaster.