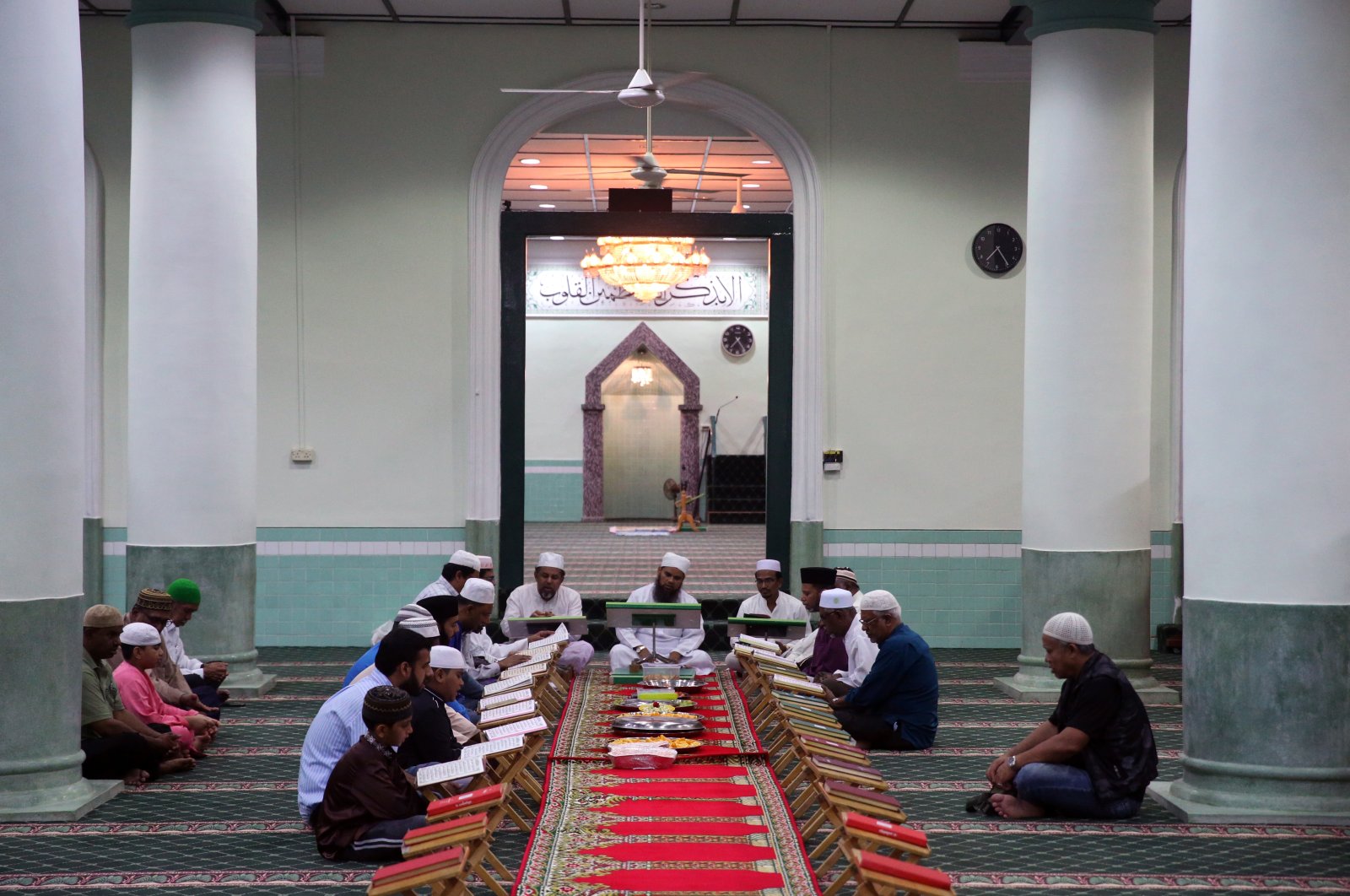 Muslims studying the Quran in Masjid Jamae, one of the earliest mosques in Singapore located in Chinatown, Feb. 25, 2017. (Shutterstock Photo)
by Daily Sabah with DPA Jan 27, 2021 5:55 pm
RECOMMENDED

A 16-year-old boy who made "detailed plans and preparations" to target Muslims, attacking two mosques with a machete was arrested in Singapore in December.

The boy was inspired by the massacre in Christchurch, New Zealand, the country's Home Affairs Ministry said on Wednesday.

In a statement, the ministry mentioned the unnamed boy's "detailed plans and preparations to conduct terrorist attacks using a machete against Muslims at two mosques" on March 15, the two-year anniversary of the murders of 51 people at two mosques in Christchurch, New Zealand.

The Christchurch terrorist, Brandon Tarrant, who slaughtered 51 worshippers at two New Zealand mosques was sentenced in August 2020 to life in prison without the possibility of parole, the first time the maximum available sentence has been imposed.

According to the ministry, "it was clear from the attack plans and preparations that this youth was influenced by Tarrant's actions and manifesto."

The ministry described the arrested boy as "a Protestant Christian of Indian ethnicity" who was "self-radicalized" and acting alone.

He drafted two documents which he intended to distribute after the alleged planned attacks, one citing recent terrorist attack in France and another referring to Tarrant as "a saint."

The boy, who according to the ministry told police he expected to be killed during his planned assault, was "motivated by a strong antipathy towards Islam and a fascination with violence."

The suspect is the youngest arrested in Singapore on terrorism-related charges under the Internal Security Act and is the first detainee "to be inspired by far-right extremist ideology."

Singapore's 5.7-million-population is a mix of citizens of Chinese, Indian and Malay descent and around 1.5 million foreign workers, with Buddhism, Christianity, Hinduism, Islam and Taoism all having substantial followings in the wealthy city-state.