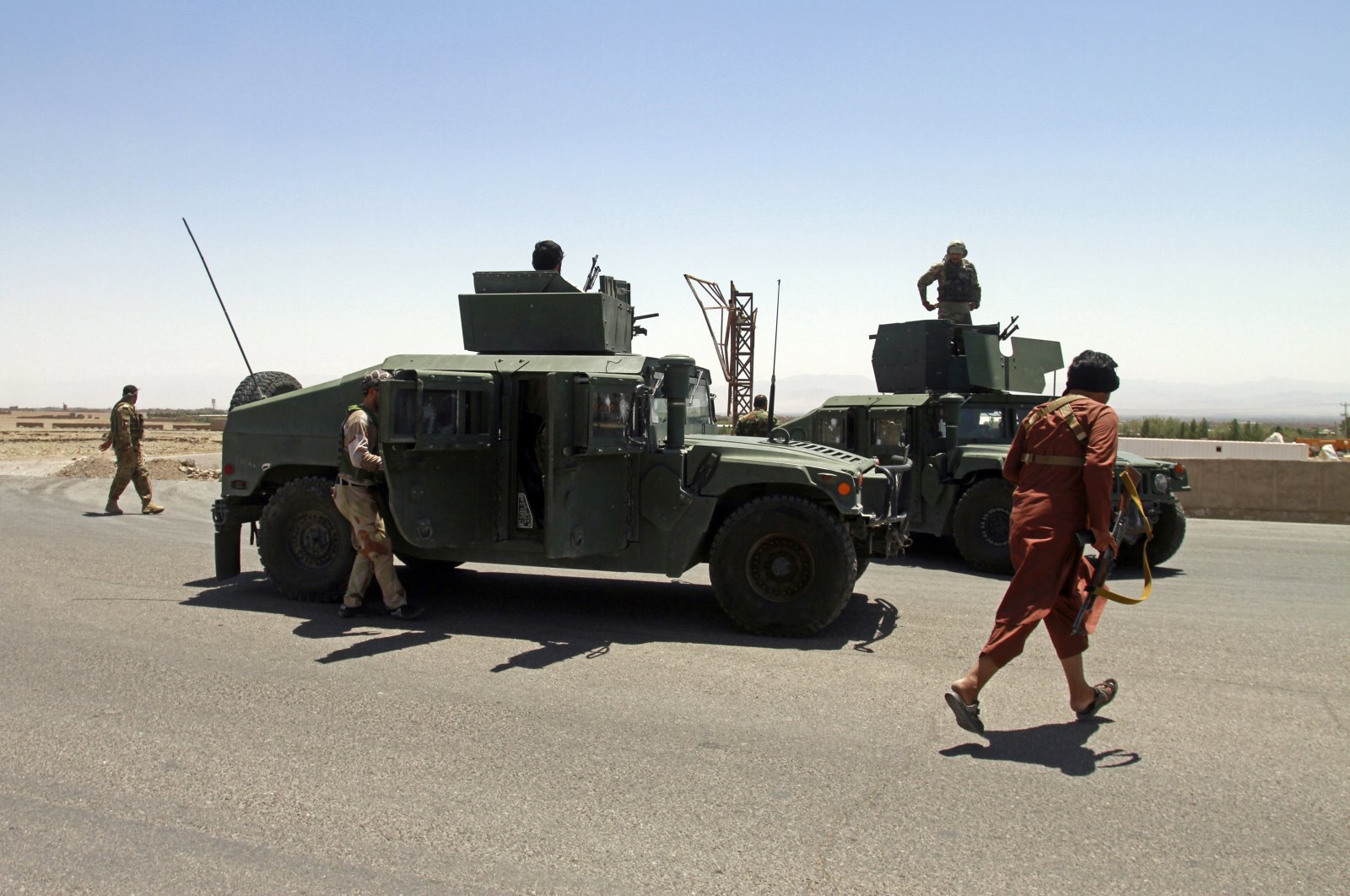 Afghan security personnel patrol after they took back control of parts of the city of Herat following fighting between Taliban and Afghan security forces, on the outskirts of Herat, 640 kilometers (397 miles) west of Kabul, Afghanistan, Aug. 8, 2021. (AP Photo)
by German Press Agency - DPA Aug 09, 2021 3:14 pm
RECOMMENDED

Taliban militants seized another provincial capital in northern Afghanistan on Monday, the sixth to fall in the past four days, officials confirmed.

The insurgent group has captured the main government facilities in Aybak city, the capital of Samangan province, according to provincial councilor Raz Mohammad and two lawmakers representing the province in parliament.

Pro-government forces abandoned the city and fled to a hilltop called Koh-e Bast after the central government failed to send reinforcements and carry out airstrikes in their support, one of the lawmakers, Mahboba Rahmat explained, adding that the forces had lost their morale.

Another lawmaker from the constituency said that some 300 fresh troops will be deployed to push the Taliban back from Aybak, home to around 120,833 people.

On Sunday, Taliban militants overran three provincial capitals – Kunduz, Sar-e-Pul and Taloqan – within several hours. The cities of Sheberghan in Jawzjan province and Zaranj in south-western Nimruz province were captured on Friday and Saturday.

Taliban fighters have taken more than half of Afghanistan's districts and encircled about a dozen provincial capitals since the U.S.-led international troops began their withdrawal from the country in early May.