Biden says US military mission in Afghanistan to end Aug. 31 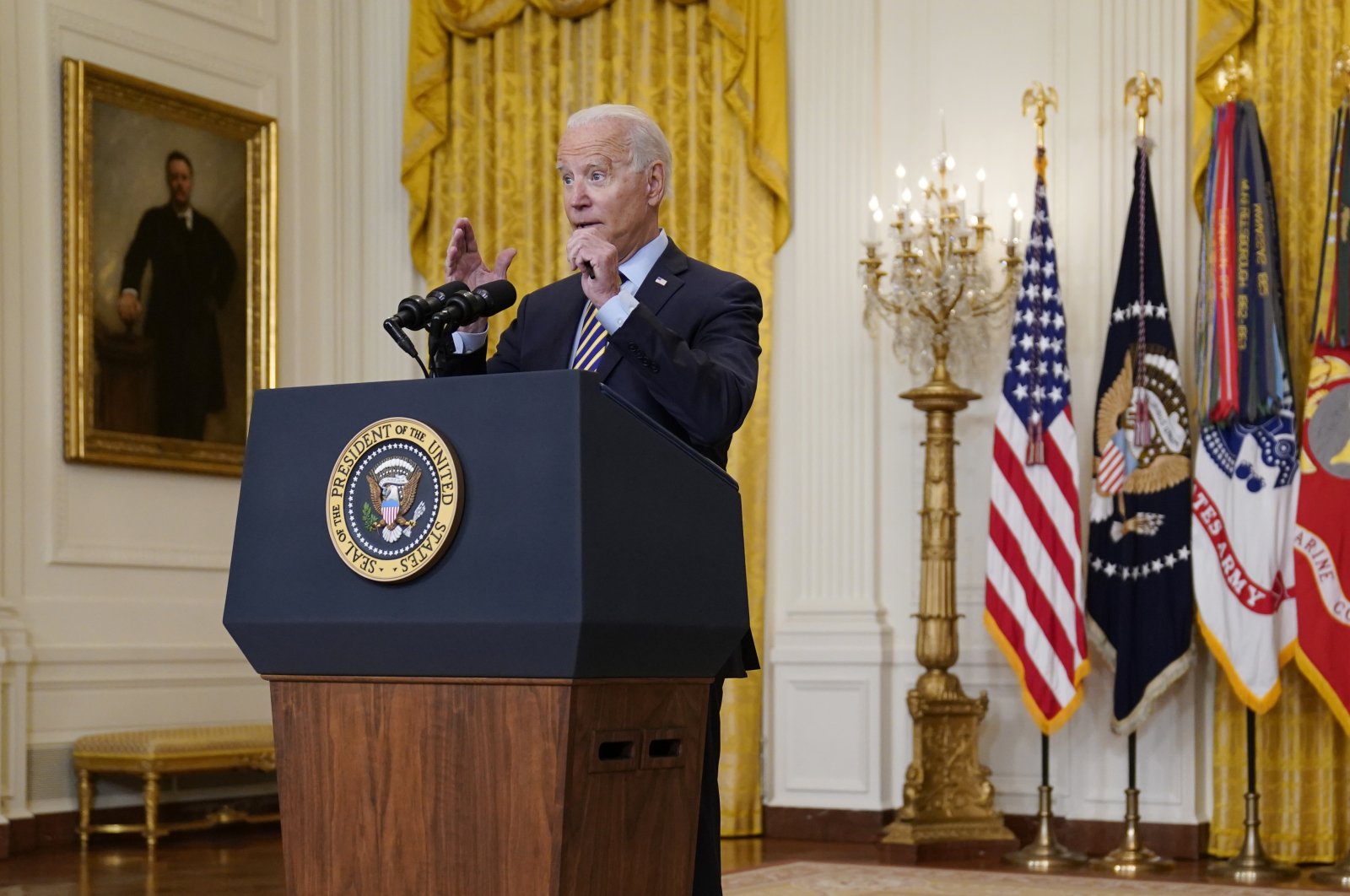 President Joe Biden said Thursday the U.S. military operation in Afghanistan will end on Aug. 31, delivering an impassioned argument for exiting the nearly 20-year war without sacrificing more American lives even as he bluntly acknowledged there will be no “mission accomplished” moment to celebrate.

Biden pushed back against the notion the U.S. mission has failed but also noted that it remains unlikely the government would control all of Afghanistan after the U.S. leaves. He urged the Afghan government and Taliban, which he said remains as formidable as it did before the start of the war, to come to a peace agreement.

“We did not go to Afghanistan to nation-build,” Biden said in a speech from the White House’s East Room. “Afghan leaders have to come together and drive toward a future.”

The administration in recent days has sought to frame ending the conflict as a decision that Biden made after concluding it’s an “unwinnable war” and one that “does not have a military solution.” On Thursday he amplified the justification of his decision even as the Taliban make rapid advances in significant swaths of the country.

“How many more, how many more thousands of American daughters and sons are you willing to risk?” Biden said to those calling for the U.S. to extend the military operation. He added, “I will not send another generation of Americans to war in Afghanistan, with no reasonable expectation of achieving a different outcome."

The new withdrawal date comes after former President Donald Trump’s administration negotiated a deal with the Taliban to end the U.S. military mission by May 1. Biden after taking office announced U.S. troops would be out by the 20th anniversary of the Sept. 11, 2001, attack, which al-Qaida leader Osama bin Laden plotted from Afghanistan, where he had been given refuge by the Taliban.

With U.S. and NATO ally forces rapidly drawing down in the past week, there was growing speculation that U.S. combat operations have already effectively ended. But by setting Aug. 31 as the drawdown date, the administration nodded to the reality that the long war is in its final phase while providing itself some cushion to deal with outstanding matters.

The administration has yet to complete talks with Turkey on an arrangement for maintaining security at the Kabul airport and is still ironing out details for the potential evacuation of thousands of Afghans who assisted the U.S. military operation.

Biden said that prolonging U.S. military involvement, considering Trump had already agreed to withdraw U.S. troops, would have led to an escalation of attacks on American troops and NATO allies.

“The Taliban would have again begun to target our forces,” Biden said. “The status quo was not an option. Staying meant U.S. troops taking casualties. American men and women. Back in the middle of a civil war. And we would run the risk of having to send more troops back in Afghanistan to defend our remaining troops.”

The president added that there is no “mission accomplished” moment as the U.S. war comes to an end.

“The mission was accomplished in that we got Osama bin Laden and terrorism is not emanating from that part of the world," he said. U.S. forces killed bin Laden in 2011.

U.S. forces this week vacated Bagram Airfield – the U.S. epicenter of the conflict to oust the Taliban and hunt down the al-Qaida perpetrators of the 2001 terrorist attacks that triggered the war.

The remaining U.S. troops are now concentrated in Kabul, the capital. The Pentagon said the top U.S. commander in Afghanistan, Gen. Scott Miller, is expected to end his tour of duty this month as final arrangements are made for a reduced U.S. military mission.

Biden, answering questions from reporters after his remarks on Thursday, said that Kabul falling to the Taliban would not be an acceptable outcome. The president also pushed back against the notion that such a scenario was certain.

“Do I trust the Taliban? No," Biden said. “But I trust the capacity of the Afghan military, who is better trained, better equipped and more competent in terms of conducting war.”

To be certain, the West hopes the Taliban gains will be confined mostly to rural areas, with the Afghan government and its allies retaining control of the cities where much of Afghanistan’s population resides. And while the Taliban remain a major power in Afghanistan, the government’s supporters hope that Afghans will work out the Taliban's role in the post-U.S. Afghanistan power structure more through political than military means, partly through the inducements of international legitimacy, aid and other support.

Asked by a reporter whether rampant corruption within the Afghan government contributed to the failure of achieving the sort of stability that his predecessors and American military commanders envisioned, Biden didn’t exactly dismiss the notion. “The mission hasn’t failed – yet."

Biden continues to face pressure from congressional lawmakers to offer further detail on how he intends to go about assisting thousands of Afghans who helped the U.S. military as translators, drivers and in other jobs. Many are fearful they will be targets of the Taliban once the U.S. withdrawal is complete.

The White House says the administration has identified U.S. facilities outside of the continental United States, as well as third countries, where evacuated Afghans would potentially stay while their visa applications are processed. Biden added that 2,500 Afghans have been granted special immigrant visas since he took office in January.

John Kirby, the chief Pentagon spokesperson, said Thursday that the U.S. military is considering several overseas bases around the world as possible temporary locations for those Afghans awaiting a visa. So far, he said, the numbers of those who have decided to leave Afghanistan are not so high that they can’t be handled with a range of installations.

“Our message to those women and men is clear,” Biden said. “There is a home for you in the United States if you so choose. We will stand with you, just as you stood with us.”

Biden noted that as a senator he was skeptical about how much the U.S. could accomplish in Afghanistan and had advocated for a more narrowly tailored mission. He was somewhat opaque in answering whether the cost of the war was worth it but argued that the U.S. objectives were completed long ago.

“We went for two reasons: one, to bring Osama bin Laden to the gates of hell, as I said at the time," Biden said. "The second reason was to eliminate al-Qaida’s capacity to deal with more attacks on the United States from that territory. We accomplished both of those objectives. Period.

“That’s why I believe this is the right decision and quite frankly overdue.”