S.Korea calls on China to play role in N.Korea peacemaking 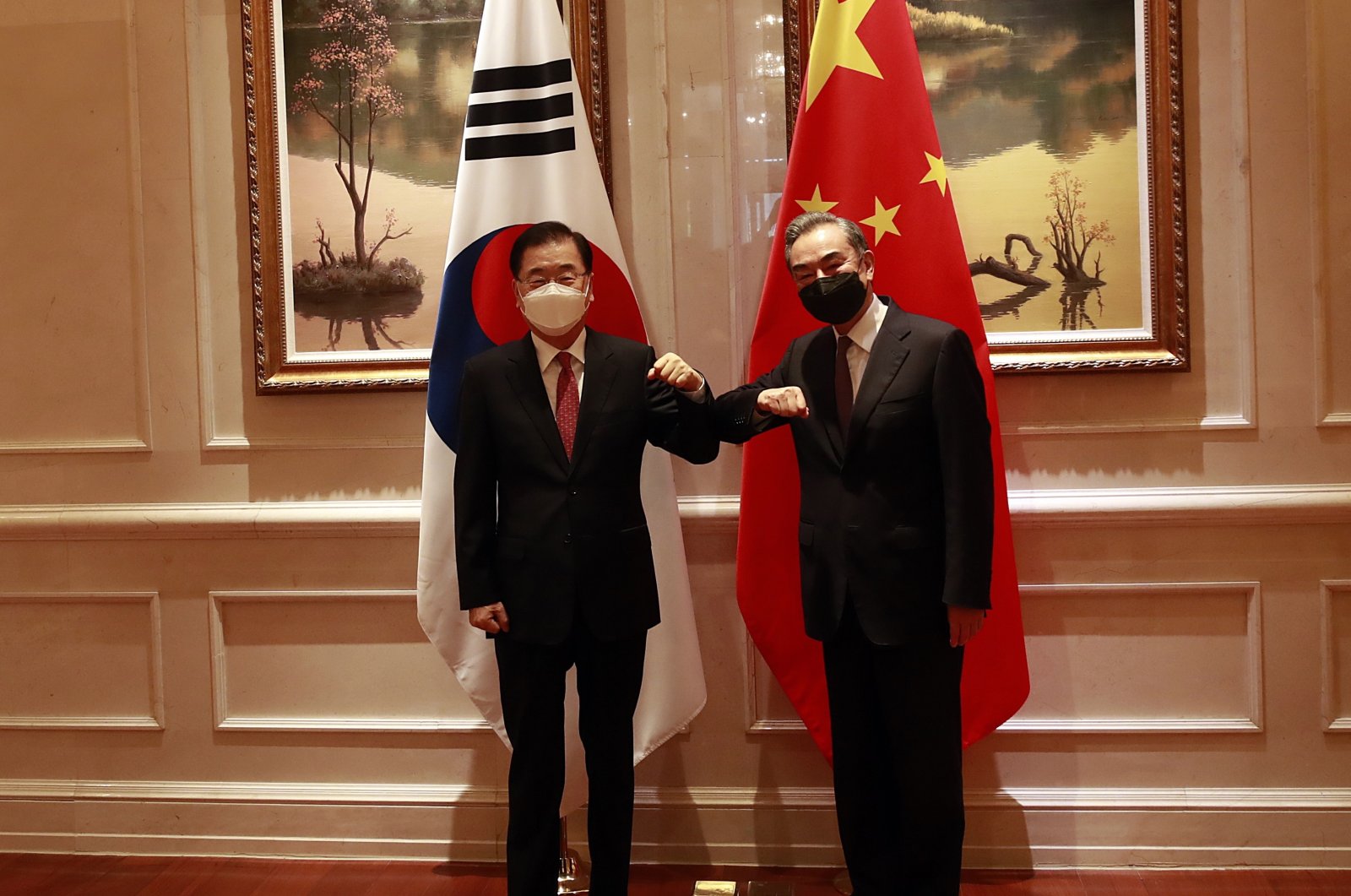 The foreign minister of South Korea expressed Saturday his expectation that Beijing play a role in peacemaking between South and North Korea, inviting China's president to visit as the United States and its allies agreed to continue pushing Pyongyang to denuclearize.

"South Korea and China share a common goal toward complete denuclearization of the Korean Peninsula and toward permanent peacemaking policies," Chung Eui-yong was quoted as saying by South Korean news agency Yonhap.

Chung extended the invitation to President Xi Jinping to visit when COVID-19 stabilizes.

Chung met on Saturday with State Councillor Wang Yi, the Chinese government's top diplomat, in the Chinese city of Xiamen, as part of the first visit of a South Korean foreign minister to China since 2017.

Previously the United States had pressed China to use its "tremendous influence” to convince North Korea to abandon its nuclear program.

On Friday, national security officials from the United States, Japan and China agreed to work together to keep up pressure on North Korea to give up its nuclear and ballistic missile programs, and on the need to implement United Nations Security Council resolutions on North Korea.

Chung's visit comes as Seoul seeks to mend ties with its biggest trading partner. A 2016 row over a U.S. antimissile system placed in South Korea hit the country's tourism, cosmetics and entertainment industries.