US presses China to convince North Korea to denuclearize 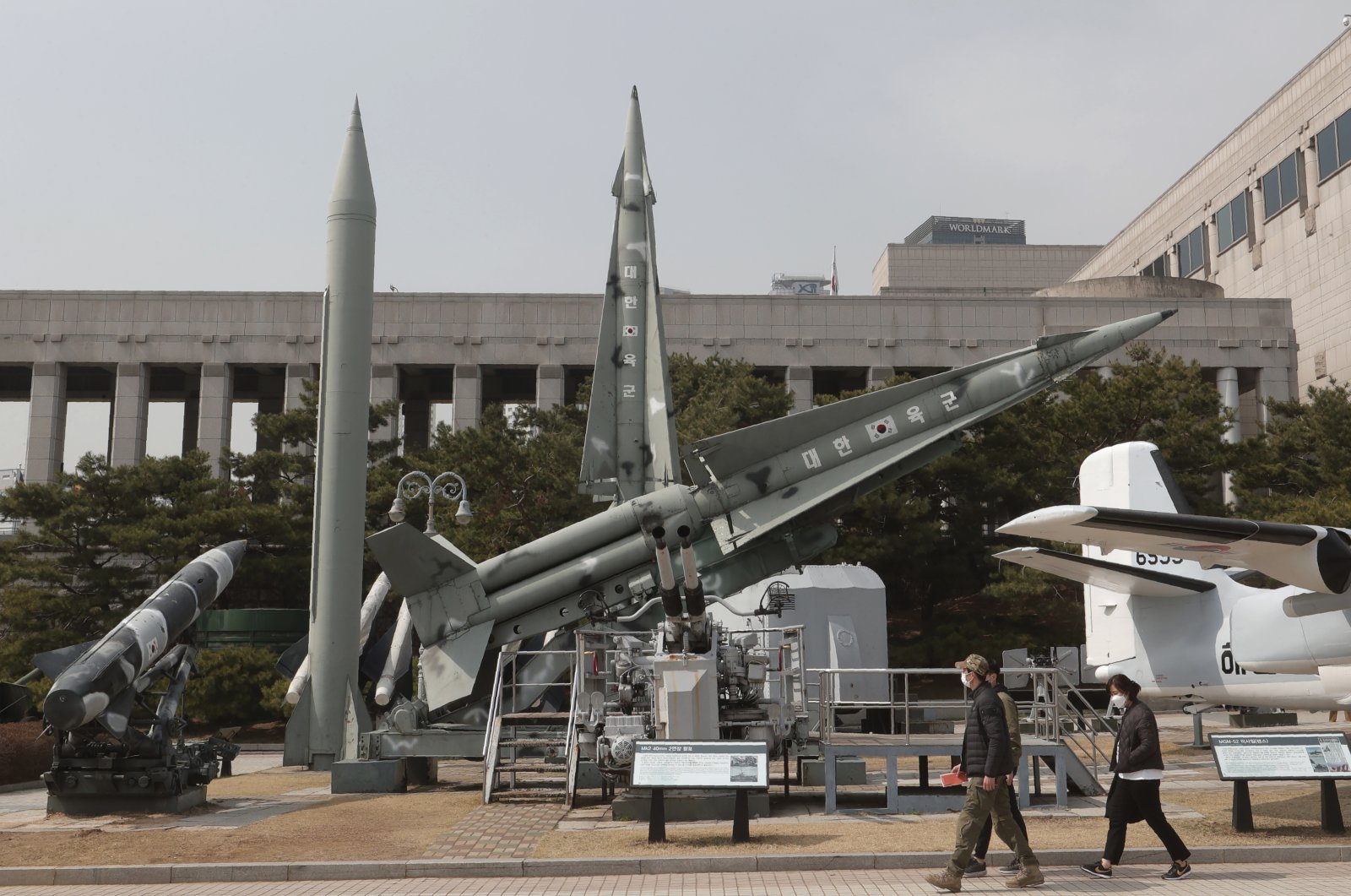 America’s top diplomat on Thursday pressed China to use its "tremendous influence” to convince North Korea to abandon its nuclear program, calling it a source of instability and danger.

Secretary of State Antony Blinken spoke at the end of security talks in Seoul, hours after North Korea said it will ignore a U.S. offer to resume negotiations because of its hostile policy.

The talks, which also involved Defense Secretary Lloyd Austin and South Korean officials, came as President Joe Biden is pushing to restore America’s alliances in Asia in the face of growing challenges from China and North Korea.

"Beijing has an interest, a clear self-interest in helping to pursue denuclearization of (North Korea) because it is a source of instability. It is a source of danger and obviously a threat to us and our partners,” Blinken told a news conference.

He said Beijing has "a critical role to play” to persuade North Korea to denuclearize because most of the North’s external trade goes through China. Blinken stressed that China is obligated by United Nations Security Council resolutions to fully enforce sanctions imposed over North Korea’s banned nuclear and missile tests.

Choe called the U.S. outreach a "time-delaying trick” and said North Korea would keep discarding similar offers for talks unless Washington withdraws its hostility. "What has been heard from the U.S. since the emergence of the new regime is only a lunatic theory of ‘threat from North Korea’ and groundless rhetoric about ‘complete denuclearization,’” she said.

Asked about Choe’s statement, Blinken said he was aware but said he’s more interested in the comments and thoughts of U.S. allies and partners while he was making a regional tour.

U.S.-led diplomacy focusing on North Korea’s nuclear weapons remains stalemated for about two years because of disputes over U.S.-led sanctions. Experts are debating whether the United States and its allies should settle for a deal that would freeze North Korea’s nuclear activities in return for relaxing sanctions to prevent its arsenal from growing.

Earlier this week, the powerful sister of North Korean leader Kim Jong Un threatened to abandon rapprochement with South Korea and warned the United States to "refrain from causing a stink,” while criticizing regular U.S.-South Korean military drills that her government views as an invasion rehearsal.

Some experts say North Korea, which is eager to win sanctions relief, may further raise animosities with missile tests to boost its leverage in any negotiations with the United States. North Korea’s moribund economy is under additional pressure because of the pandemic-related border closure that has significantly shrunk its external trade and a spate of natural disasters last summer.

After the so-called "two plus two” talks, Blinken, Austin and their South Korean counterparts said in a joint statement that North Korean nuclear and ballistic missile issues are "a priority for the alliance” and reaffirmed a shared commitment to address those issues. Both Bliken and Austin said the allies remain committed to North Korea's denuclearization.

Blinken and Austin are on the first overseas trip by Cabinet-level officials since Biden took office in January. They visited Japan before coming to Seoul.

Blinken said Thursday’s talks discussed China's role, and "we are clear eyed about Beijing’s consistent failure to uphold its commitments.”

"And we spoke about how Beijing’s aggressive and authoritarian behavior are challenging the stability and security prosperity of the Pacific region,” he said. "Beijing’s actions make forging a common approach among our allies all the more important at a time when we’re seeing a rollback of democracy and human rights around the world, including in Burma.”

Blinken will meet senior Chinese officials in Anchorage, Alaska, on his way back to Washington, while Austin will travel on to New Delhi for talks with Indian officials.

China’s ambassador to the United States, Cui Tiankai, said that Beijing doesn’t expect the Alaska talks will resolve all the issues between China and the U.S. and "we don’t hold overly high hopes.” Cui still added that he hoped the meeting would be ”a start and that the two sides can begin a dialogue process that is candid, constructive and realistic.”