SKorea targets COVID-19 vaccines for quarter of population by June 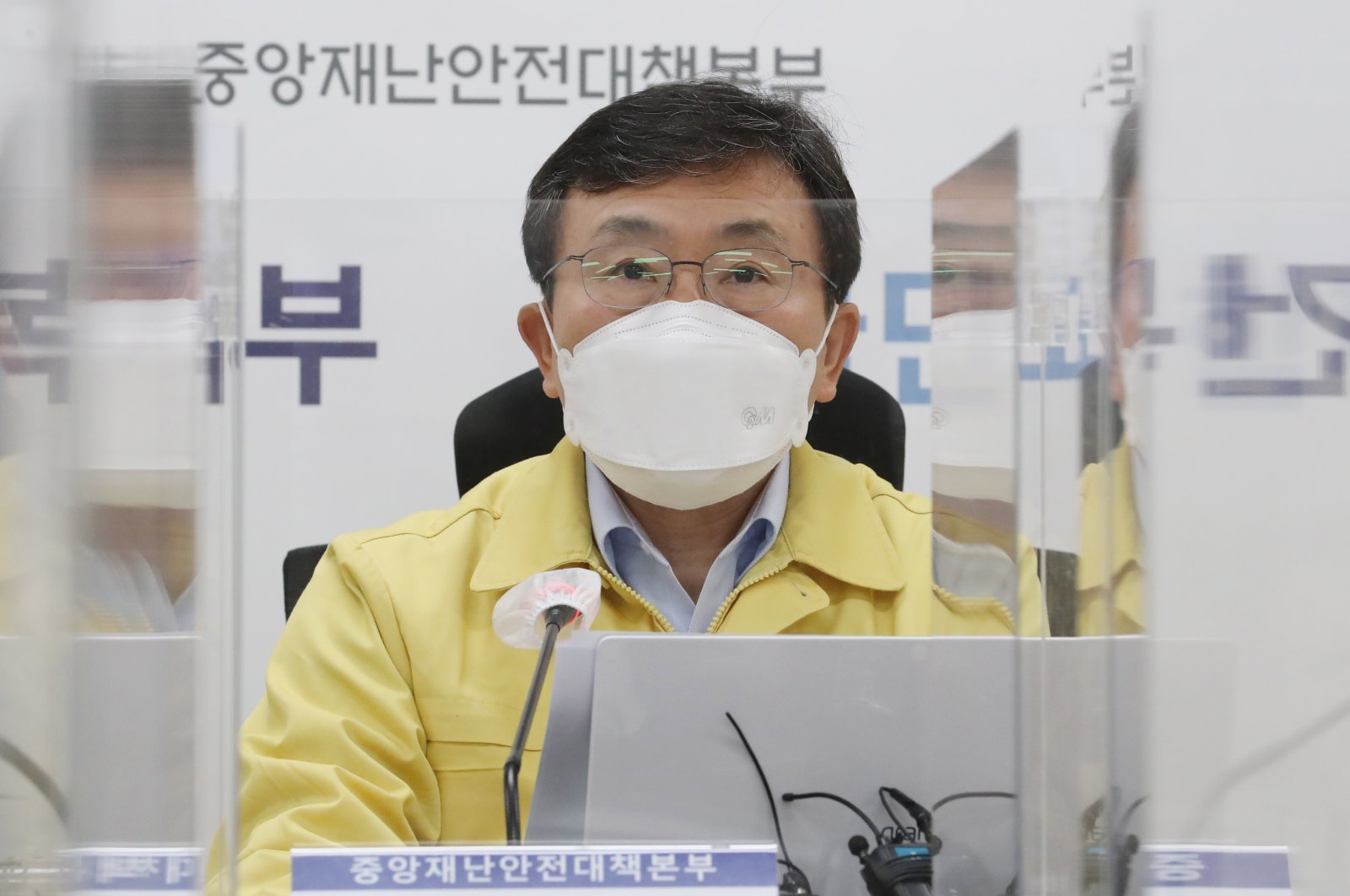 Health and Welfare Minister Kwon Deok-cheol speaks during a meeting of the Central Disaster and Safety Countermeasures Headquarters about measures against the spread of the coronavirus at the government complex in Sejong, South Korea, March 15, 2021. (EPA)
by REUTERS Mar 15, 2021 11:05 am
RECOMMENDED

South Korea aims to vaccinate 12 million people from April to June, which will mean a quarter of its population, with its expanded campaign. The country plans to prioritize elderly citizens and health workers.

The Korea Disease Control and Prevention Agency (KDCA) said the prioritized groups in the expanded campaign include citizens aged 65 or above, and the front line professionals such as health care workers, police, fire officials, soldiers and flight attendants,

South Korea began inoculating high-risk medical workers and the critically ill at the end of February as it battles a third wave of COVID-19 and seeks to achieve herd immunity by November.

"Our primary goal is to vaccinate up to 12 million people within the first half of this year," KDCA director Jeong Eun-kyeong told a briefing.

"We're seeking to focus on protecting high-risk groups while preventing schools and care places from infection and inoculating more health and medical workers and those who play an essential role in society."

Nearly 18 million doses of vaccines will arrive in South Korea by June, on top of the nearly 1.7 million doses that already came into the country last month, Jeong said.

But health authorities have cut their first quarter inoculation target by more than 40% to around 750,000 after delaying the use of AstraZeneca's vaccine on people aged 65 and older last month, citing a lack of clinical trial data. South Korea authorized the use of the AstraZeneca vaccine for the age group last week.

More than 95% of the nearly 590,000 who were inoculated as of midnight on Sunday have received the AstraZeneca vaccine and the remainder the Pfizer-BioNTech vaccine, KDCA data showed.

On the other hand, South Korea's most populous province has ordered all of its foreign workers to be tested for COVID-19 by March 22, sparking complaints of long lines and logistical problems, as well as of implicit xenophobia in government messaging.

The province said the order covers roughly 85,000 registered foreigners as well as an unknown number of possibly undocumented workers, while those who don't comply could face fines of up to 3 million won ($2,640).

Social media lit up with complaints from foreign residents: poor communication by the government, hourslong waits at testing centers where it was difficult to maintain distancing, and other challenges. At one center in the city of Ansan on Monday, hundreds of people were lined up in a line that stretched for around 100 meters (325 feet).

As of Sunday, 120,310 foreigners had been tested, with 120 testing positive, a provincial official told Reuters.