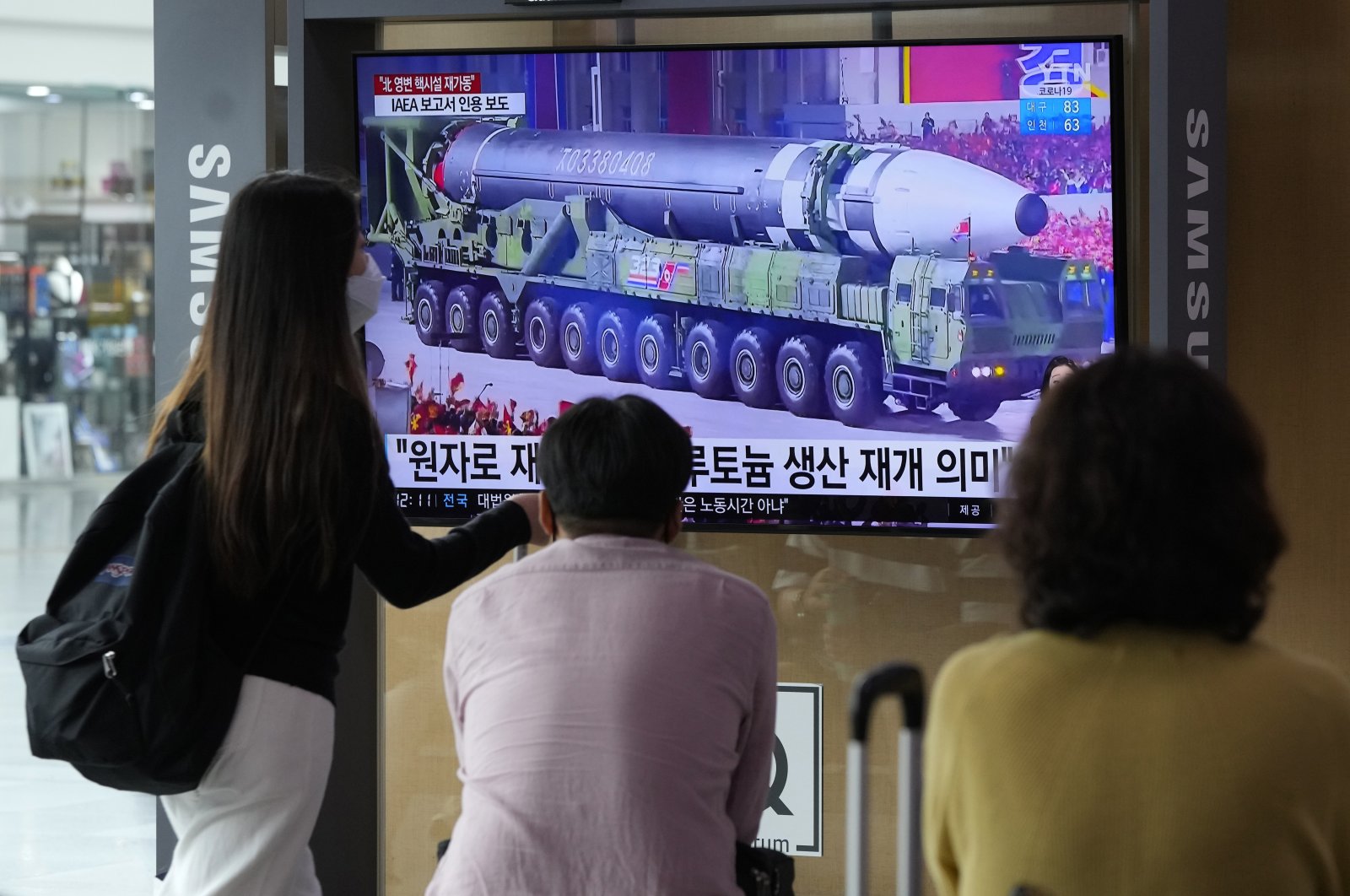 People watch a TV screen showing a file image of a North Korean missile in a military parade during a news program at the Seoul Railway Station in Seoul, South Korea, Aug. 30, 2021. (AP Photo)
by REUTERS
Sep 02, 2021 10:41 am

The country is in the final stages of developing a ballistic missile that can carry a warhead of up to 3 tons, Yonhap news agency said, as the country unveiled budget proposals aimed at securing itself against North Korea.

In its defense blueprint for 2022-2026, the defense ministry said it would develop new missiles "with significantly enhanced destructive power," upgrade missile defense systems and deploy new interceptors against long-range artillery.

"We will develop stronger, longer-range and more precise missiles so as to exercise deterrence and achieve security and peace on the Korean Peninsula," the ministry said in a statement.

Among those missiles is a new weapon with a flight range of 350-400 kilometers (218-249 miles) and a payload of up to 3 tons, designed to destroy underground facilities such as those North Korea is believed to use to store nuclear weapons, Yonhap reported, citing unnamed sources.

The missile would be the latest in a tit-for-tat conventional missile race between the two Koreas that is set to accelerate after South Korea and the United States agreed to scrap all bilateral restrictions on Seoul's missile development earlier this year.

In 2020, South Korea announced its new Hyunmoo-4 short-range ballistic missile (SRBM) could carry a 2-ton warhead, while in March North Korea tested an SRBM that it said could deliver a 2.5-ton payload. The Hyunmoo-4 is South Korea's largest missile.

"Following the termination of the guidelines, we will exercise deterrence against potential threats and improve strike capabilities against main targets," the defense ministry statement said.

Before the decade is out, Asia will be bristling with conventional missiles that fly farther and faster, hit harder, and are more sophisticated than ever before – a stark and dangerous change from recent years, analysts, diplomats, and military officials have said.