North Korea launches ballistic missile in message to US 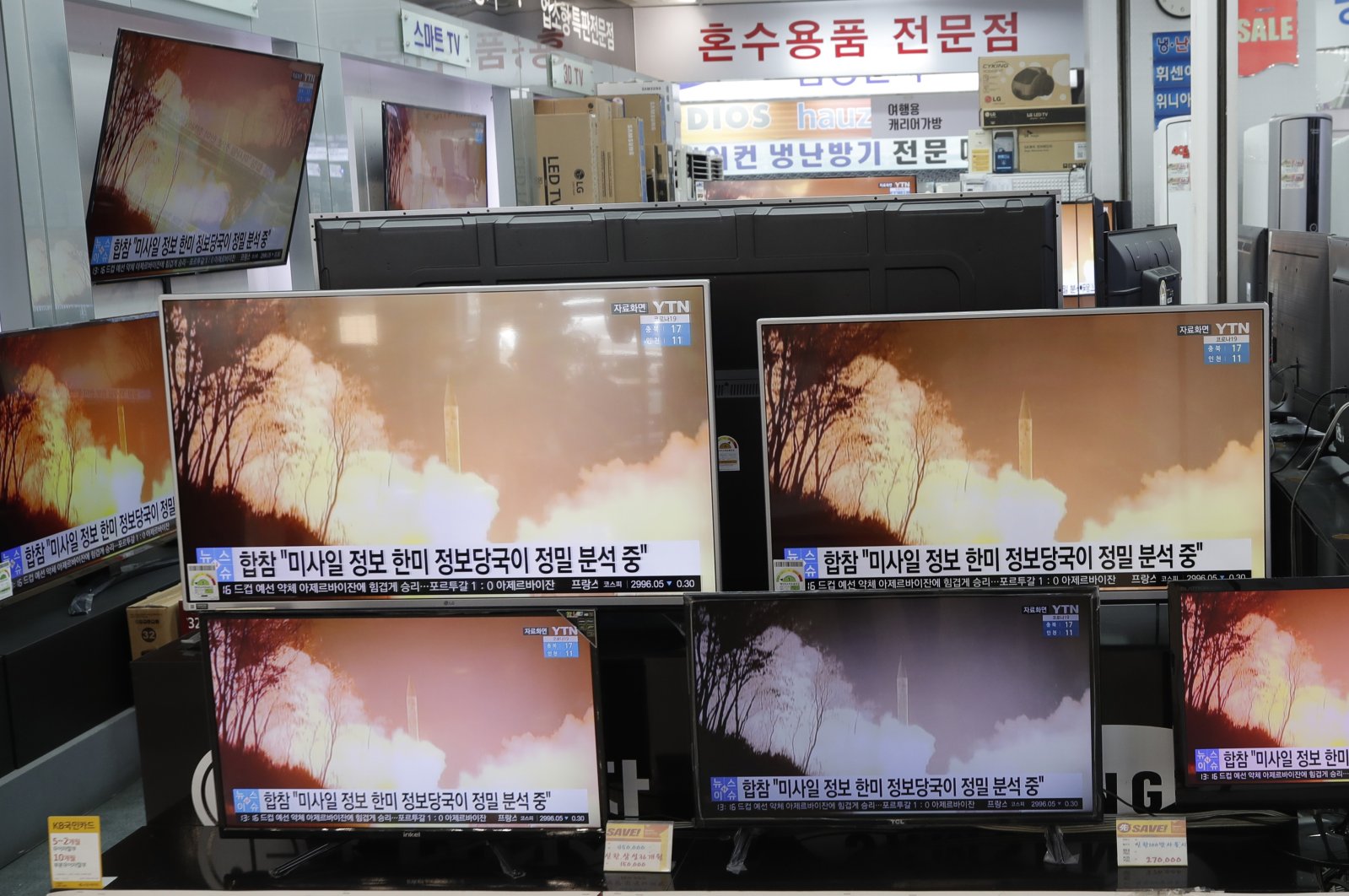 Japanese Prime Minister Yoshihide Suga said the launches threaten "peace and safety in Japan and the region,” and that Tokyo will closely coordinate with Washington and Seoul on the North’s testing activities.

South Korean Foreign Minister Chung Eui-yong, after meeting his Russian counterpart in Seoul, expressed "deep concern” over the launches and urged the North to uphold its commitments for peace.

Russian Foreign Minister Sergey Lavrov called for a swift resumption of dialogue to resolve the standoff with North Korea. South Korea’s Joint Chiefs of Staff said the two short-range missiles were fired at 7:06 a.m. and 7:25 a.m. from an area on the North’s eastern coast and flew 450 kilometers (279 miles) on an apogee of 60 kilometers (37 miles) before landing in the sea.

The launches came a day after U.S. and South Korean officials said the North fired short-range weapons presumed to be cruise missiles into its western sea over the weekend.

North Korea has a history of testing new U.S. administrations with missile launches and other provocations aimed at forcing the Americans back to the negotiating table.

Still, Thursday’s launches were a measured provocation compared to the nuclear and intercontinental missile tests in 2017 that inspired war fears before the North shifted toward diplomacy with the Trump administration in 2018.

Analysts say that the North would gradually dial up its weapons displays to increase its bargaining power as it angles to get back into stalled talks aimed at leveraging nuclear weapons for badly needed economic benefits.

North Korea has so far ignored the Biden administration’s efforts to reach out, saying it won’t engage in meaningful talks unless Washington abandons its "hostile” policies.

It’s unclear how the Biden administration would respond before it completes its policy review on North Korea in the coming weeks. The missile launches followed a trip by Secretary of State Antony Blinken and Defense Secretary Lloyd Austin to Japan and South Korea last week as Washington pushes to restore its alliances in Asia in the face of challenges from North Korea and China.

During the trip, Blinken sternly criticized North Korea’s nuclear program and human rights record and pressed China to use its "tremendous influence” to convince the North to denuclearize.

The negotiations over the North’s nuclear program faltered after the collapse of Kim’s second summit with President Donald Trump in February 2019, when the Americans rejected North Korean demands for major sanctions relief in exchange for a partial surrender of their nuclear capabilities.

Since Trump’s first meeting with Kim in 2018, the North has not conducted nuclear or long-range missile tests, although analysts believe they have pressed ahead with their programs on both. The North has continued short- and medium range missile testing during its suspension of nuclear and long-range tests, expanding its ability to strike targets in South Korea and Japan, including U.S. bases there.

The low-flying missiles, which analysts see as potentially nuclear capable, are designed to be maneuverable so they have a better chance at evading missile defense systems.

Kim said it was also possible that the North tested its new multiple rocket launchers or another solid-fuel ballistic system that outwardly resembles the U.S. MGM-140 Army Tactical Missile System.

The North had conducted at least 16 launches of the new short-range weapons since they were first revealed in 2019. Trump had been accused of giving North Korea room to advance its weaponry by repeatedly dismissing its short-range missile tests despite the threat they posed to South Korea and Japan.

If Biden takes a different approach by imposing additional sanctions over short-range missile launches, the North may use it as an excuse for more provocative tests, including those involving submarine-launched ballistic missile systems, said Cheong Seong-Chang, an analyst at South Korea’s Sejong Institute.

Kim Jong Un’s powerful sister last week berated the United States over its latest round of combined military exercises with South Korea that ended earlier this month, describing the drills as an invasion rehearsal and warned Washington to "refrain from causing a stink” if it wants to "sleep in peace” for the next four years.

South Korea’s Defense Ministry said the North’s short-range tests on Sunday were its first missile firings since April 2020. Biden played down those launches, telling reporters, "There’s no new wrinkle in what they did.”