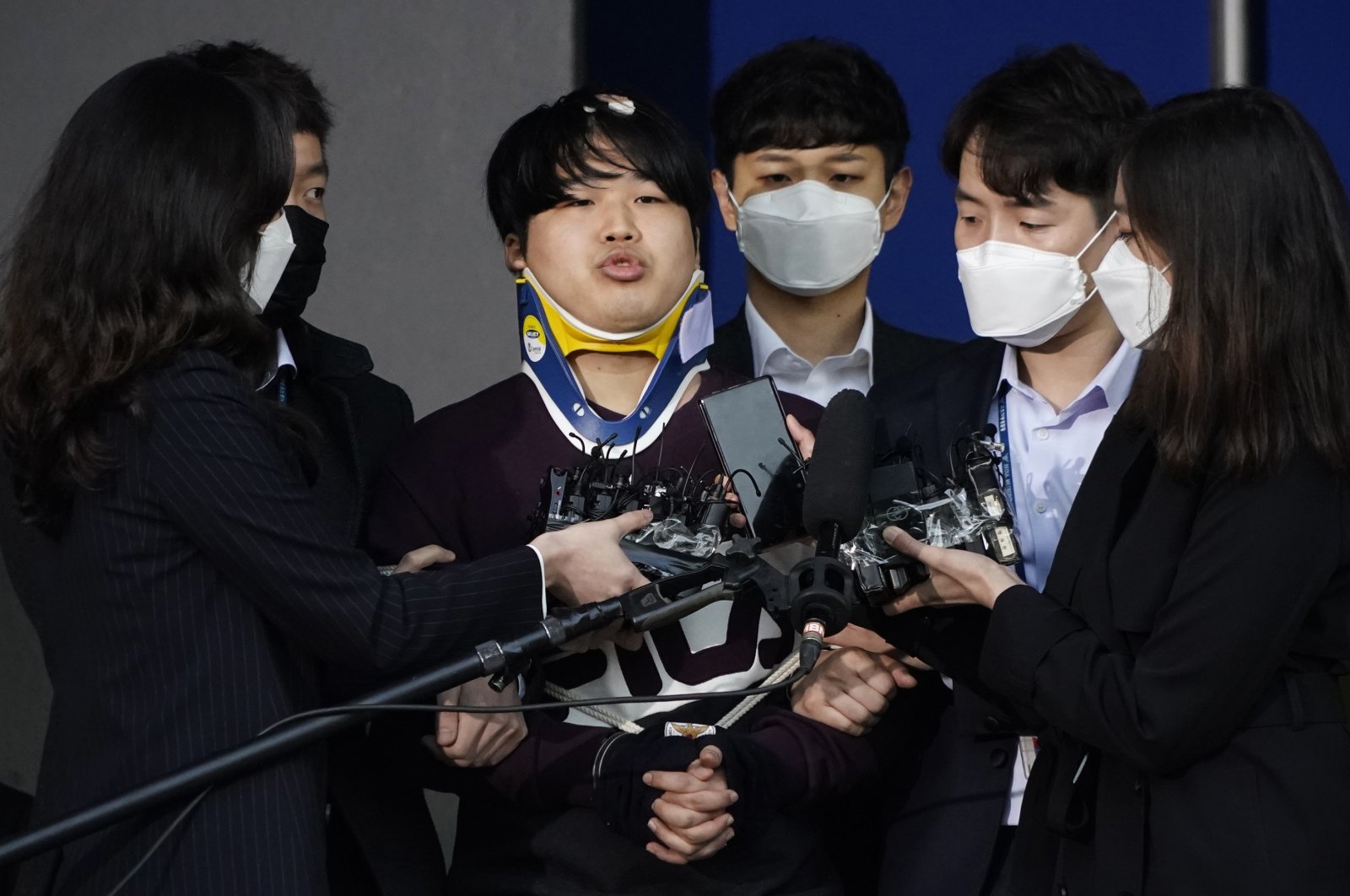 Cho Ju-bin (C), leader of South Korea's online sexual blackmail ring called the "Nth room," is surrounded by journalists while walking out of a police station as he is transferred to the prosecutors' office for further investigation in Seoul, South Korea, March 25, 2020. (AP Photo)
by ASSOCIATED PRESS Nov 26, 2020 10:22 am
RECOMMENDED

The operator of an online chat room in South Korea was sentenced Thursday to 40 years in prison for blackmailing dozens of women, including minors, into filming sexually explicit video and selling them to others.

The court ruled Cho "used various methods to lure and blackmail a large number of victims into making sexually abusive contents and distributed them to many people for an extended period,” according to Kim.

"He particularly disclosed the identities of many victims and inflicted irreparable damages to them.”

Cho has maintained he only cheated victims into making such videos but didn’t blackmail or coerce them, forcing some of the victims to testify in court. Kim said the court decided to isolate Cho from society for a prolonged period in consideration of his attitude and the seriousness and evil influence of his crime.

Both Cho and prosecutors, who had requested a life sentence, have one week to appeal. Cho and five accomplices were detained in March for allegedly producing sexually abusive videos of 74 victims, 16 of them minors, and distributing them on the Telegram messaging app where users paid in cryptocurrency to watch them in 2019-2020.

A prosecutors’ statement called Cho’s group "a criminal ring” of 38 members. On Thursday, the Seoul court sentenced five of Cho’s accomplices, one of them a 16-year-old, up to 15 years in prison.

When he was shown before the media in March, Cho said: "Thank you for stopping the life of a devil (I) couldn’t stop.” Cho’s case has triggered intense public uproar and soul-searching in South Korea over a culture that some experts say is too lenient about sexual violence and continuously fails the victims.

President Moon Jae-in earlier called for a thorough investigation and stern punishment for those operating such chatrooms like Cho's and their users. In recent years, South Korea has been struggling to cope with what the government describes as digital sex crimes, which aside from the abusive chatrooms also include the spread of intimate photos and videos taken by smartphones or tiny spy cameras hidden in public spaces and buildings, an issue that triggered massive protests in 2018.