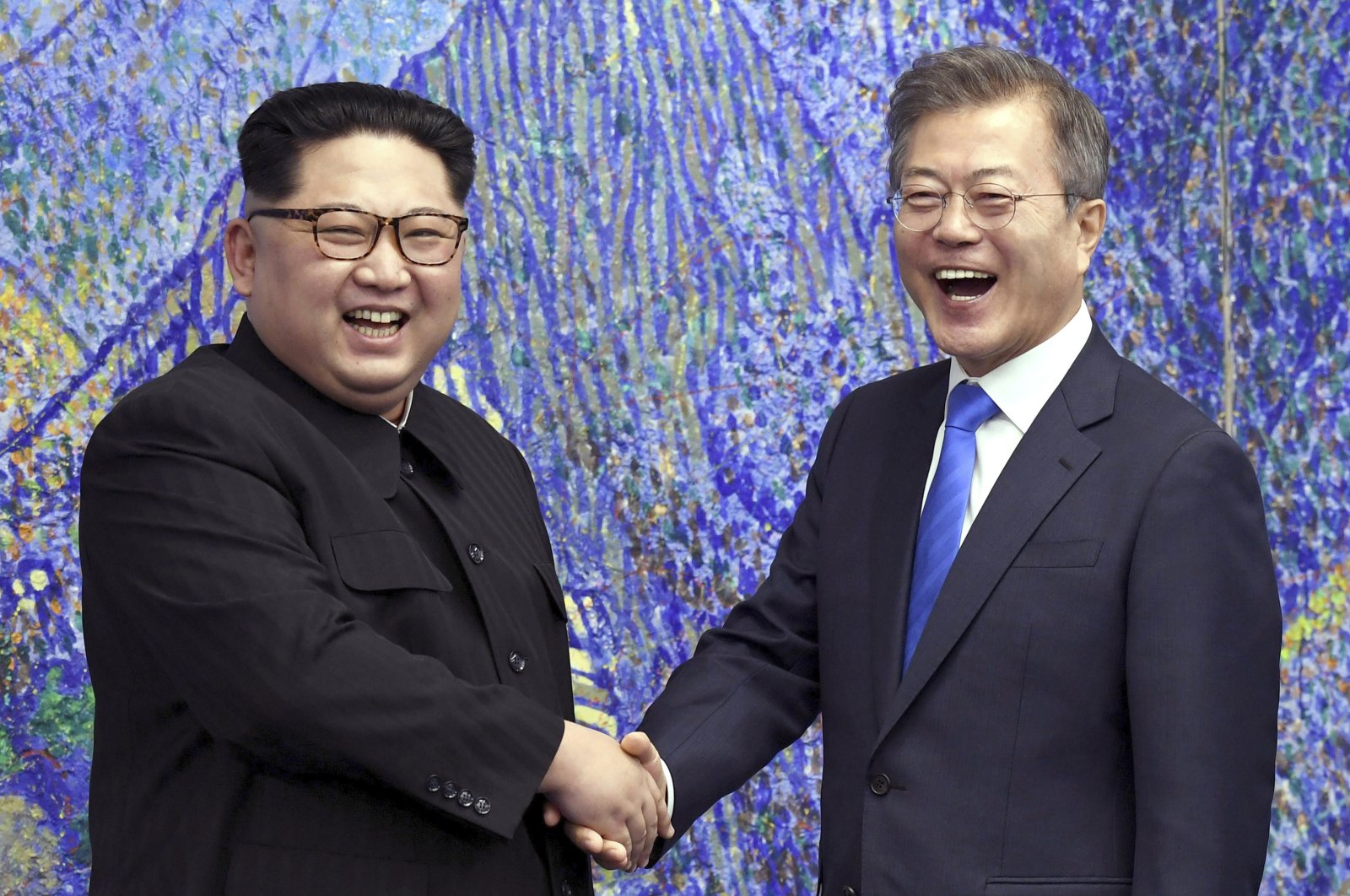 South and North Korea have restored hotlines that Pyongyang severed a year ago when ties deteriorated sharply, signaling renewed efforts by the two countries' leaders to rebuild relations, the South's presidential Blue House said on Tuesday.

"The two leaders have explored ways to recover relations by exchanging letters on several occasions, and agreed to restore severed hotlines as a first step for that process," Park said in a statement. "They have also agreed to regain trust as soon as possible and foster progress on relations again."

KCNA touted the reopening of the hotlines as "a big stride in recovering the mutual trust and promoting reconciliation." North Korea cut the hotlines in June 2020 as cross-border ties soured after a failed second summit in February 2019 between Kim and former U.S. President Donald Trump, which Moon had offered to mediate.

The move was followed by the destruction of a joint liaison office inside the North that had been set up in 2018 to foster better ties, plunging relations between the rivals to a low point. Seoul's defense ministry confirmed that a military hotline was tested on Tuesday and that twice-daily regular communication would resume.

The Unification Ministry, which handles inter-Korean affairs, also said telephone lines installed at the border truce village of Panmunjom had also been restored, welcoming it and expressing hopes for a restart of cooperation. Moon has called for a revival of the hotline and talks, pinning high hopes on U.S. President Joe Biden to restart negotiations aimed at dismantling North Korea's nuclear and missile programs. But it was unclear whether the hotline reopenings were a serious sign that Pyongyang would respond to overtures by Moon and the Biden administration, which called for a "reliable, predictable and constructive" way to kickstart denuclearisation talks.

"The United States has been continuing to reach out to North Korea ever since President Biden took office. I think this shows willingness on Pyongyang's part to respond," said James Kim of the Asan Institute for Policy Studies in Seoul. "But it is premature to read too much into these gestures," Kim added. "We need to see some seriousness on Pyongyang’s part to move towards denuclearisation for us to say that there is genuine progress."

Yang Moo-jin, a professor at the University of North Korean Studies in Seoul, said exchanging information on COVID-19 and natural disasters may be a way to rebuild ties. North Korea has not formally confirmed any COVID-19 outbreaks, but it closed its borders and took strict anti-virus measures, seeing the pandemic as a matter of national survival.

The announcement came as the two Koreas marked the 68th anniversary of the armistice that ended the 1950-53 Korean War. Kim paid tribute to fallen soldiers and sent gifts to surviving veterans, according to KCNA.