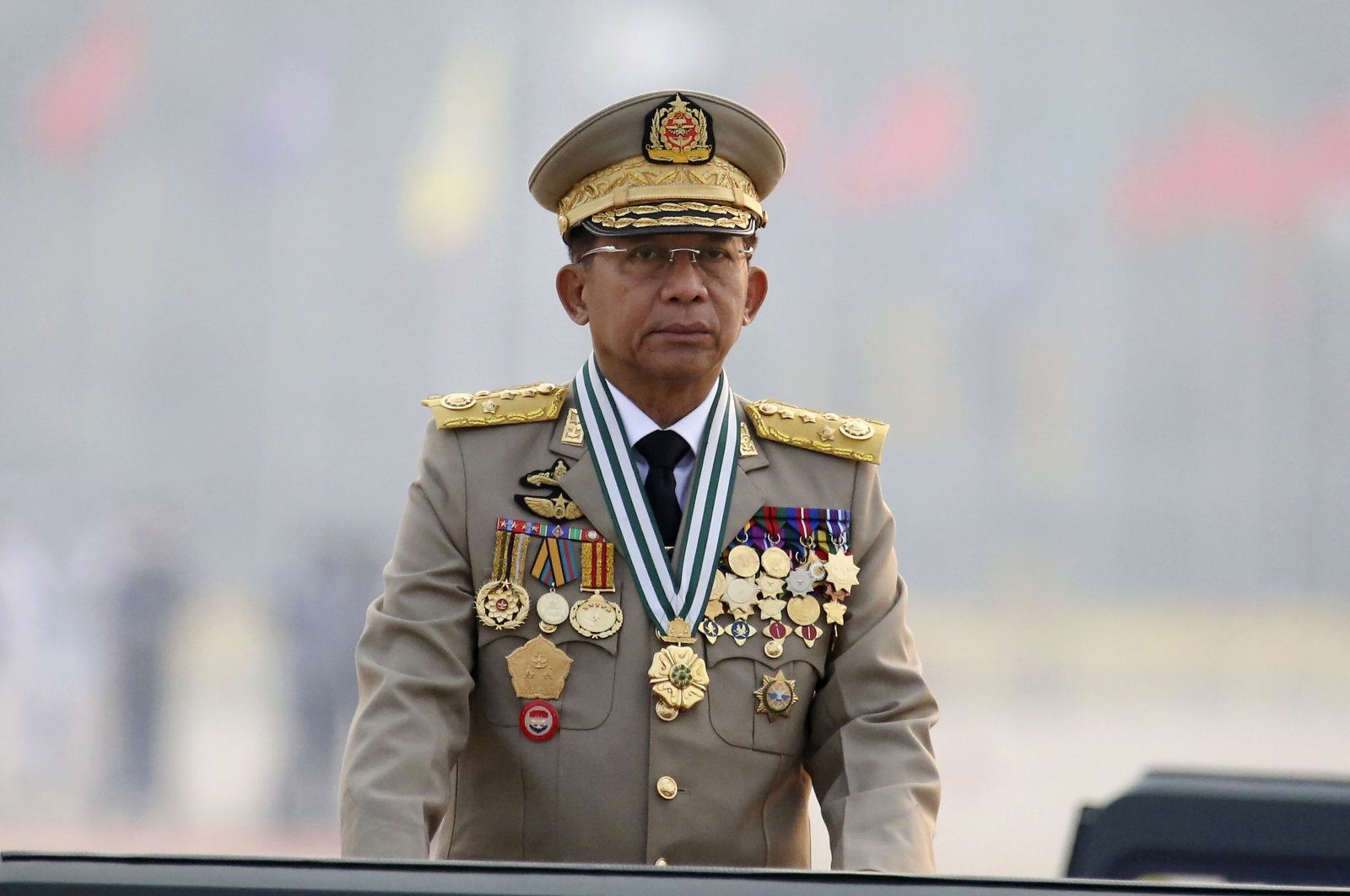 Deposed leader Aung San Suu Kyi is in good health at home and will appear in court in a few days, Myanmar's junta leader Min Aung Hlaing said Saturday in his first interview since overthrowing her in a Feb. 1 coup.

The coup has plunged the Southeast Asian country into chaos. An ethnic armed group opposed to the ruling junta attacked a military post in a northwestern jade mining town while other violent incidents were reported from other corners of Myanmar.

Suu Kyi, a Nobel Peace Prize laureate for her long struggle against previous military rulers, is among more than 4,000 people detained since the coup. She faces charges that range from illegally possessing walkie-talkie radios to violating a state secrets law.

"Daw Aung San Suu Kyi is in good health. She is at her home and healthy. She is going to face trial at the court in a few days," Min Aung Hlaing said by video link with the Hong Kong-based Chinese language broadcaster Phoenix Television on May 20, in excerpts released on Saturday.

The interviewer asked him what he thought of the performance of Suu Kyi, 75, who is widely admired in the country of 53 million for her campaign that had brought tentative democratic reforms which were cut short by the coup.

"She tried all she could," Min Aung Hlaing responded.

He reiterated that the army had seized power because it had identified fraud in an election won by Suu Kyi's party in November – although its accusations were rejected by the then election commission.

He said the army would hold elections and potential changes to the constitution had been identified and would be made if they were "the people's will."

Suu Kyi's next court appearance is due on Monday in the capital Naypyitaw. So far, she has appeared only by video link and is yet to be allowed to speak directly to her lawyers.

The junta has cited security reasons for not allowing her to speak to her lawyers in private at a time the military authorities have not established control of the country in the face of daily protests, strikes and renewed insurgencies.

The Kachin Independence Army (KIA) attacked an army post at Hkamti township in the Sagaing region early on Saturday, the Irrawaddy and Mizzima online publications said. Pictures showed columns of dark smoke rising from the scene.

KIA spokesperson Naw Bu told Reuters he was aware of the attack but could give no details. Reuters was unable to reach a junta spokesperson for comment.

State-run MRTV television reported the attack and said that three police had been wounded and others were missing. Independent broadcaster DVB said nine were captured by the insurgents.

Since the coup, open conflict resumed between the army and the KIA, which has been fighting for greater autonomy for the Kachin people for some six decades and has voiced support for anti-junta protesters.

Mizzima said the army used jets in attacks on the KIA at Hkamti, a town on the Chindwin river in a remote region rich in jade and gold about 50 kilometers (30 miles) from the border with India.

The army has carried out numerous bombing attacks on KIA positions in recent weeks and has also clashed with ethnic armies in the east and west of Myanmar.

Security forces have killed at least 815 people since the coup, according to the Assistance Association for Political Prisoners activist group.

Min Aung Hlaing said the actual figure was around 300 and that 47 police had also been killed.

State-run MRTV said one policeman had been killed in an insurgent attack in eastern Kayah state Friday.

In western Chin state, junta opponents said they had killed at least four members of the security forces on Friday and had buried them by the roadside. The claim could not be independently verified.

Myanmar media reported that a soldier had been killed in a shooting in Yangon's commercial hub Saturday. Bomb blasts were reported there, at Pathein in the Irrawaddy delta region and at a trading zone near the border with China.