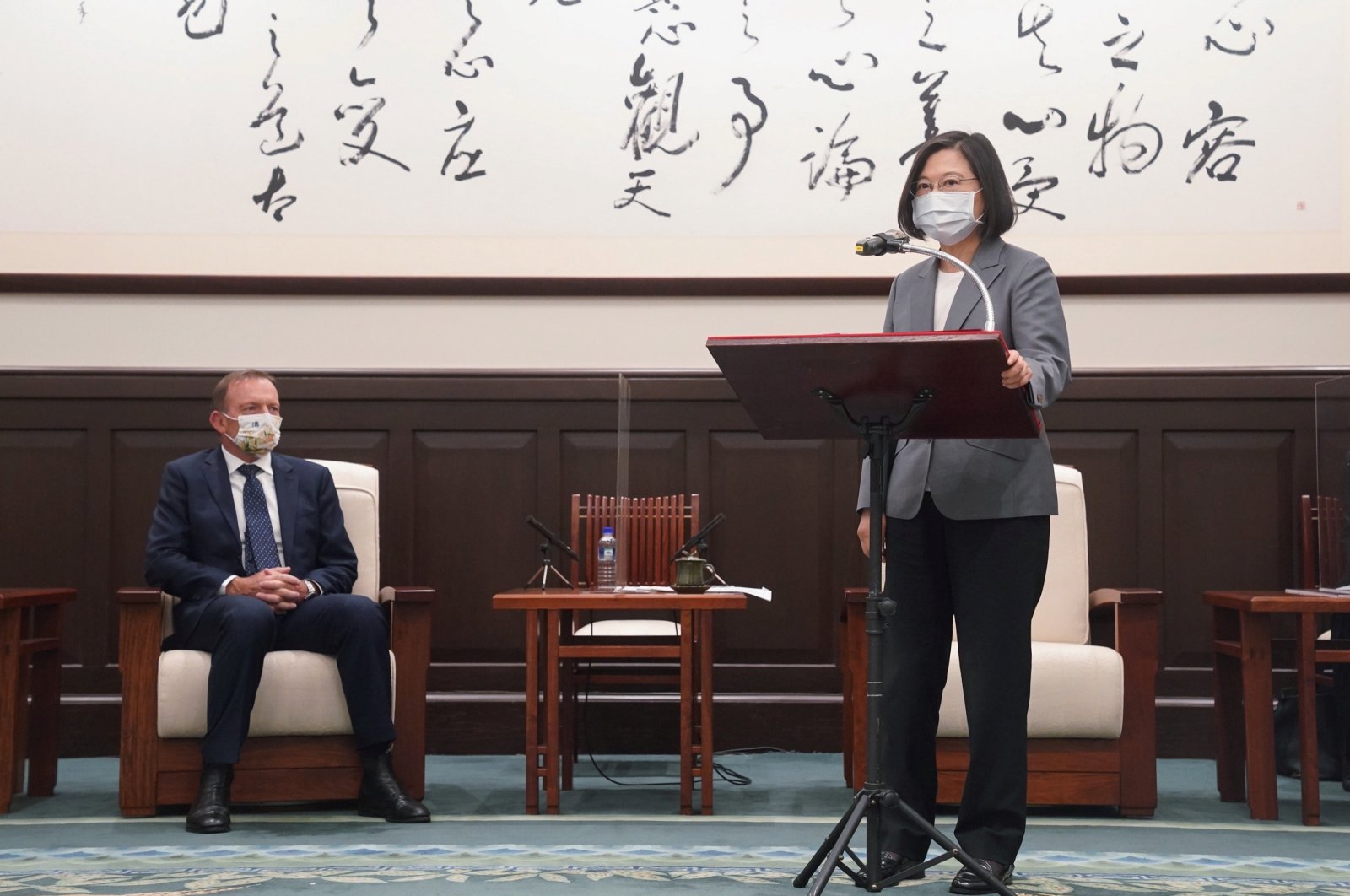 Taiwan seeks to work with like-minded democracies around the world and will ensure regional peace and stability, President Tsai Ing-wen told senior French and Australian dignitaries on Thursday, days after a dramatic spike in tensions with China.

Democratically ruled Taiwan has sought support from other democracies, especially the United States and its allies, amid the growing military and political pressure from China, which claims Taiwan as its own territory.

Speaking at the presidential office to the French senators, led by former defense minister Alain Richard, Tsai thanked France for its concern about the situation in the Taiwan Strait and support for its international participation.

"We will continue to fulfill our responsibilities as members of the international community to ensure peace and stability in the Indo-Pacific region. We also hope to make more contributions to the world along with France," she added.

Richard discussed the "essential contribution of Taiwan in the important field of human progress" but did not mention the rising military tensions with China in remarks carried live on the presidential office's Facebook page.

Tsai gave a similar message in later remarks to Abbott, who told her he was in Taiwan to help end its international isolation, praising its democracy and handling of the COVID-19 pandemic.

"Of course not everyone and not everywhere is pleased at Taiwan's progress, and I do note that Taiwan is challenged on an almost daily basis by its giant neighbor," Abbott said.

The French senators arrived in Taiwan on Wednesday, despite the strong objections of China which is always angered by visits of foreign officials.

Richard, head of the French Senate's Taiwan Friendship Group, was the country's defense minister from 1997 to 2002 under President Jacques Chirac.

Tsai said Taiwan was "very moved" Richard decided to come, despite what she described as "pressure" – a reference to China.

In March, the Chinese embassy in Paris warned against lawmakers meeting Taiwanese officials, prompting a rebuff from the French Foreign Ministry, which said French senators are free to meet whomever they wish when they travel.

Tsai did not directly mention the recent Chinese air force activities in public comments at her meetings with the senators or Abbott.

Neither France nor Australia have formal diplomatic ties with Taiwan, like most countries.

"We will continue to coordinate closely with the United States in Taipei and Washington to ensure that U.S. policy toward Taiwan remains unchanged," said ministry spokesperson Joanne Ou.

Taiwan's government has denounced China's moves against it, and says it will defend the island's freedom and democracy, and that only Taiwan's people can decide their future.