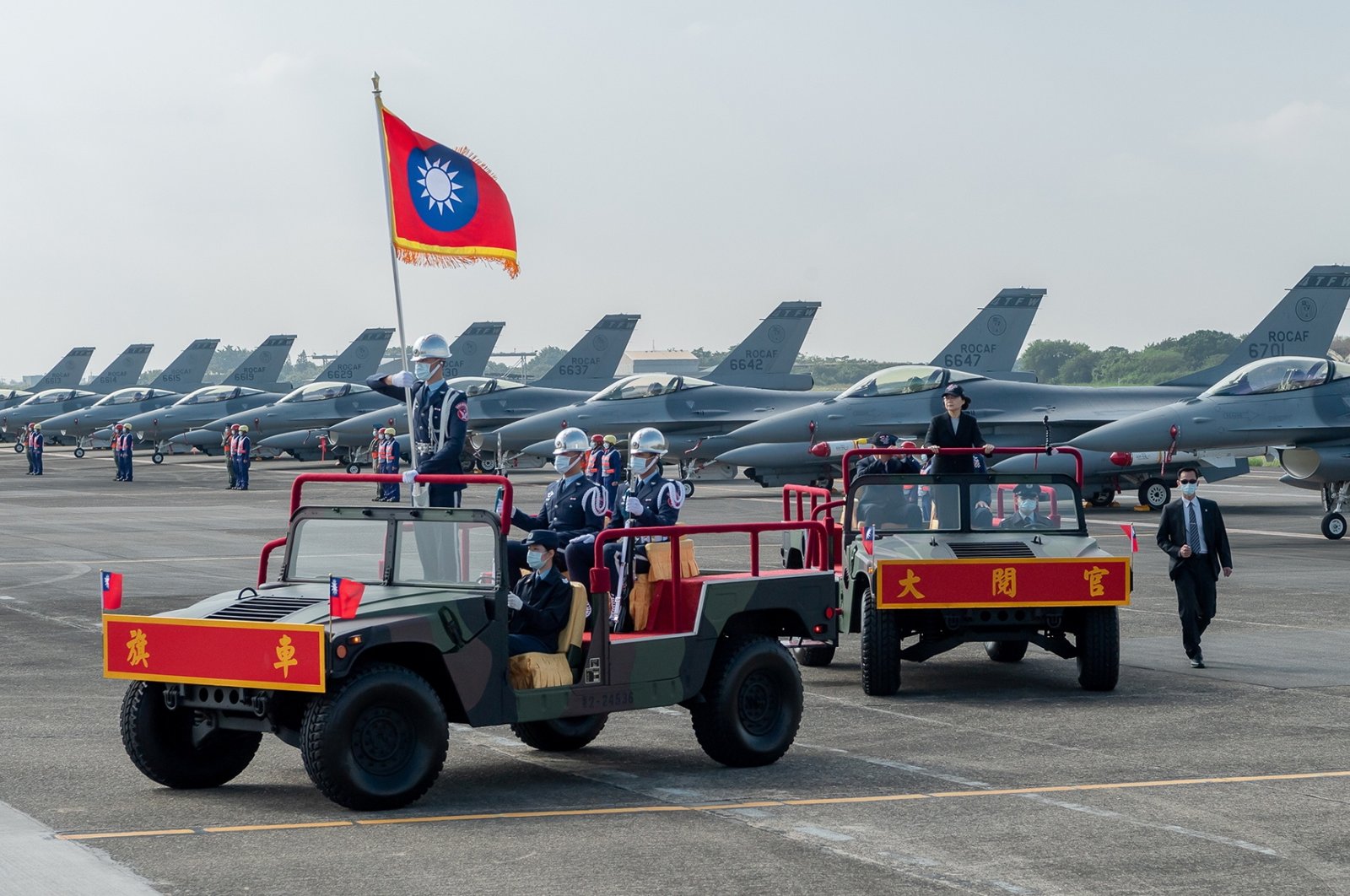 Taiwan has deployed the most advanced version of the F-16 fighter jet in its air force, as the self-ruled island steps up its defense capabilities in the face of continuing threats from China, which claims it as part of its territory.

Taiwan's President Tsai Ing-wen commissioned into service 64 upgraded F-16V "Viper" fighter jets at an air force base in Chiayi on Thursday. The aircraft are part of Taiwan's 141 F-16 A/B jets, an older model from the 1990s that will be completely retrofitted by the end of 2023.

Tsai said the upgrade project showed the strength of Taiwan's cooperation with the United States defense industry. It comes at a time the island's status has become a major point of tension in the U.S.-China relationship.

Beijing has been stepping up its threat by sending fighter jets in combat formations into Taiwan's buffer zone southwest of the island on a regular basis, along with longer-range missions into the Western Pacific.

China has increased its rhetoric as well, with President Xi Jinping telling President Joe Biden during a virtual summit this week that challenges to China's claim over the island amounted to playing with fire. China and Taiwan split during a civil war in 1949, and Beijing has not ruled out force to reunify with the island.

The U.S.' "One China" policy recognizes Beijing as the government of China but allows informal relations and defense ties with Taipei.

"This represents the steadfast promise of the Taiwan-U.S. partnership," Tsai was quoted by The Associated Press (AP). "I trust that in holding fast to democratic values, there will definitely be more countries with similar values who will stand with us on this front," he added.

The F-16V is the most technologically advanced version of the storied multirole fighter jet, equipped with a highly capable radar, allowing it to track more than 20 targets at a time. It also features cutting-edge electronic warfare systems, along with advanced weapons, precision GPS navigation and a system to automatically avoid collisions with the ground.

The planes represent the most advanced of the fourth generation of fighter aircraft, but still below the latest fifth generation such as the U.S.' F-22 and F-35, Russia's Su-57 and China's J-20. Taiwan has mooted the idea of purchasing fifth generation aircraft from the U.S. but the F-16 upgrade was decided as the most effective measure under the present circumstances.

China, by contrast, operates around 1,600 fighters, around half of them based in the eastern and southern theaters abutting Taiwan, along with around 450 bombers. China's superiority in both quality and quantity of fighter aircraft is seen as turning the military balance in the Taiwan Strait to its advantage, independent of involvement by U.S. forces.

With the upgrades and the planned delivery of 66 new F-16Vs in 2023, Taiwan will be the largest operator of F-16s in Asia, said Kitsch Liao, a military and cyber affairs consultant for DoubleThink Lab, an organization targeting disinformation. This means the island should invest in repair centers for the jets to improve readiness, Liao said. Previously, Taiwan had to send the jets to other countries for repair.

In Chiayi, pilots in F-16s displayed complex maneuvers on Thursday, flying low across the skies.

"I believe that as long as we adhere to the values of democracy and freedom, there will be more like-minded countries standing on the same front with us," Tsai said, speaking on the same stage as the top U.S. diplomat in Taiwan, Sandra Oudkirk.

The American Chamber of Commerce in Taipei expressed its support for Taiwan strengthening its defense capability on Thursday.

"We also recognize the government's priority in realizing self-reliant defense as well as the desire to help Taiwan industries enter the international defense supply chain," it said, according to Deutsche Presse-Agentur (dpa).