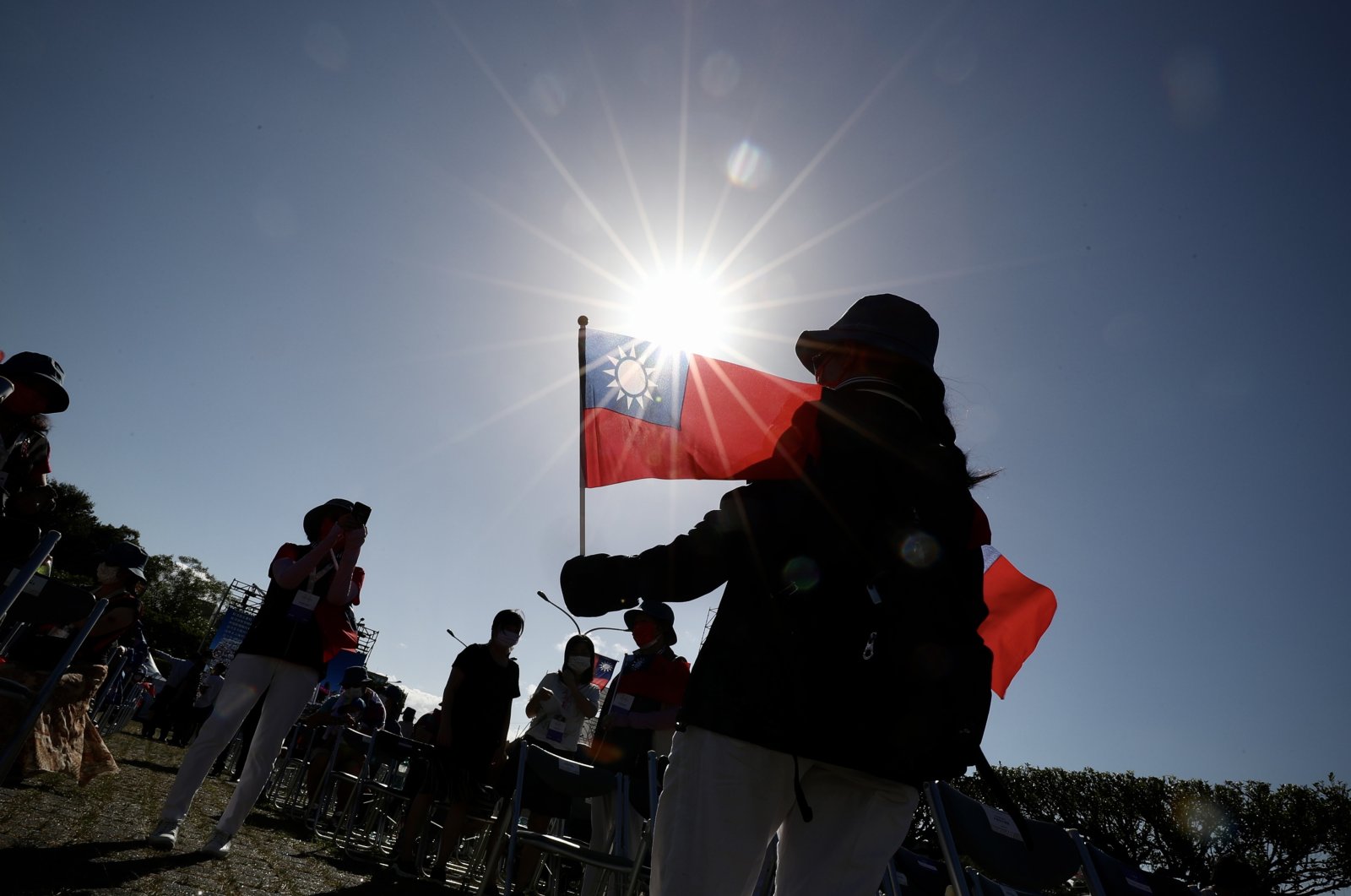 China and Taiwan "should not be subordinate to each other," Tsai said in a ceremony down-sized due to anti-coronavirus measures.

"We hope for an easing of cross-strait relations and will not act rashly, but there should be absolutely no illusions that the Taiwanese people will bow to pressure," Tsai said.

Taiwan has had an independent government since Chinese Nationalists fled there in 1949 after losing a civil war to the Communists.

Beijing considers the self-governing democracy part of its territory. Xi has been ramping up talk of annexing the island that sits about 160 kilometers (100 miles) off the coast of south-eastern China.

Fears of conflict escalated this month with the incursion of 150 Chinese military aircraft into Taiwan's air defense zone, a provocation that raised alarm across the region and in Washington, a key military ally of Taiwan's.

Tsai said Taiwan's future must be decided in accordance with the will of the Taiwanese people and called on Beijing to engage in dialogue on the basis of parity.

"We will continue to bolster our national defense and demonstrate our determination to defend ourselves in order to ensure that nobody can force Taiwan to take the path China has laid out for us ... [as it] offers neither a free and democratic way of life for Taiwan, nor sovereignty for our 23 million people."

"We will do our utmost to prevent the status quo from being unilaterally altered," Tsai said, adding that the situation in the region is becoming more tense and complex by the day.

"Free and democratic countries around the world have been alerted to the expansion of authoritarianism, with Taiwan standing on democracy's first line of defense," Tsai said.

"After taking complete control of Hong Kong and suppressing democracy activists, the Beijing authorities also shifted away from the path of political and economic development that they had followed since 'reform and opening up' began decades ago," Tsai said.

Tsai noted that the G-7, NATO, EU and others have all highlighted the importance of peace and security in the Taiwan Strait.

"In Washington, Tokyo, Canberra and Brussels, Taiwan is no longer on the margins, with more and more democratic friends willing to stand up for us," Tsai said.

Taiwan's National Day celebrations this year themed on "Broadening Democratic Alliances and Making International Friendships," also stress its contributions to the world during the COVID-19 pandemic, which did not affect Taiwan's overall economic growth prospects.

"The face masks we sent out across the world last year showed that Taiwan can help. And the vaccines they sent us this year are vaccines of friendship. This is a virtuous cycle," Tsai said.

Responding to Tsai's calling on Beijing to engage in dialogue on the basis of equal footing, Eric Chu, chairperson of the Chinese Nationalist Party, Taiwan's main opposition party, stressed his party's firm stance on cross-strait relations is to "seek common ground while reserving differences."