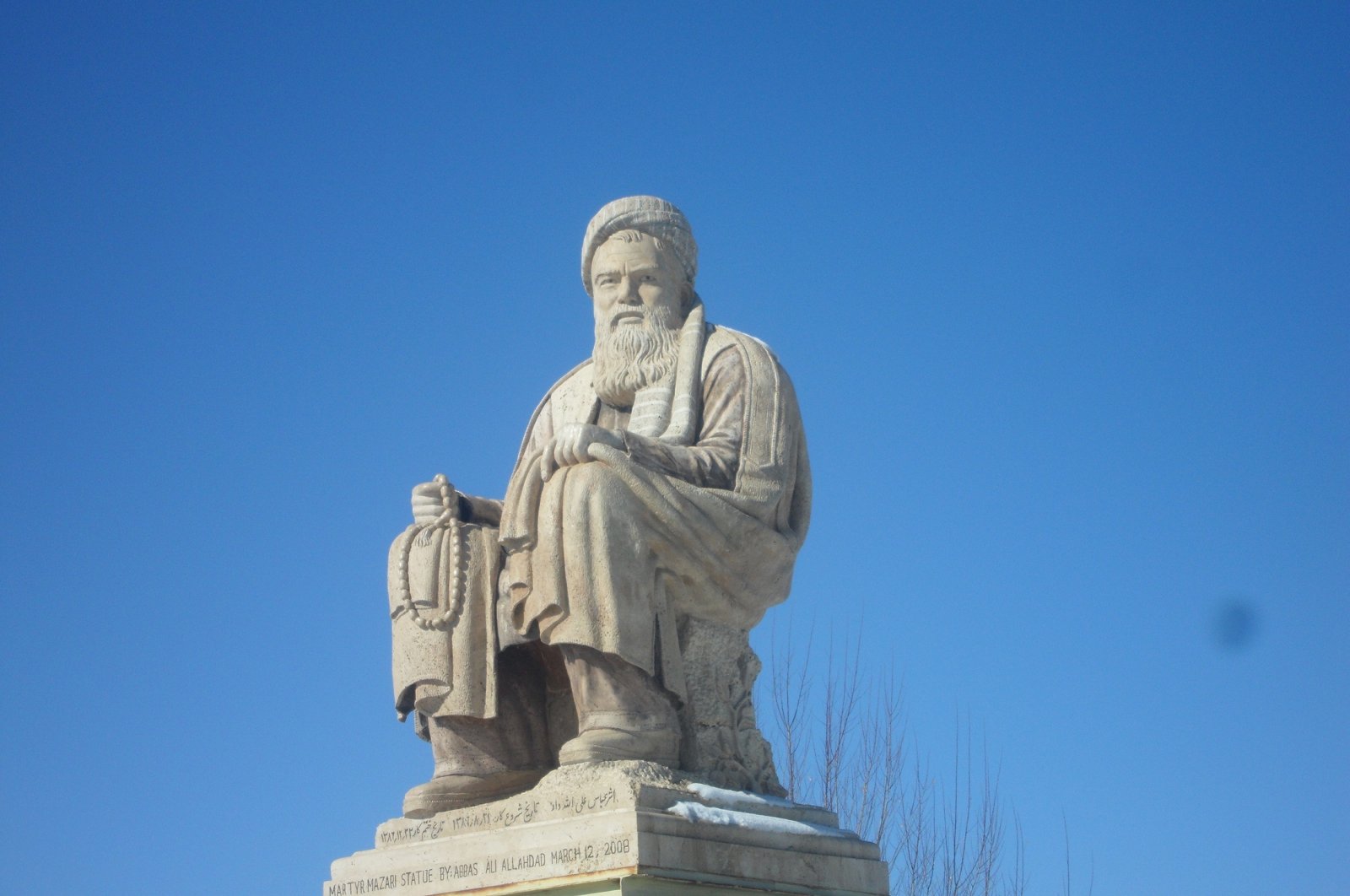 The Taliban have blown up the statue of a Shiite militia leader who had fought against them during Afghanistan's civil war in the 1990s, according to photos circulating on social media Wednesday.

The statue depicted Abdul Ali Mazari, a militia leader killed by the Taliban in 1996 when the militants seized power from rival warlords. Mazari was a champion of Afghanistan's ethnic Hazara minority, Shiites who were persecuted under the Sunni Taliban's earlier rule.

The statue stood in the central Bamyan province, where the Taliban infamously blew up two massive 1,500-year-old statues of Buddha carved into a mountain in 2001, shortly before the U.S.-led invasion that drove them from power. The Taliban claimed the Buddhas violated Islam's prohibition on idolatry.

The Taliban returned to power last weekend after capturing much of the country in a matter of days, less than three weeks before the U.S. plans to complete its troop withdrawal. The Taliban have promised a new era of peace and security, saying they will forgive those who fought against them and grant women full rights under Islamic law, without elaborating. But many Afghans are deeply skeptical of the group, especially those who remember its previous rule.

At that time, women were largely confined to their homes, television and music were banned and suspected criminals were flogged, maimed or executed in public. The group also hosted Osama bin Laden and al-Qaida in the years before the Sept. 11, 2001 attacks. The U.S.-led invasion drove them from power and scattered al-Qaida, but the Taliban then launched a potent insurgency against the U.S. and the Western-backed government.

The Taliban now say they will prevent Afghanistan from again being used as a base for attacks, something that was enshrined in a 2020 peace deal with the Trump administration that paved the way for the American withdrawal. Thousands of Afghans have tried to flee the country in recent days as the U.S. and its allies have struggled to manage a chaotic withdrawal from the country. The Taliban took over the civilian side of the Kabul Hamid Karzai International Airport on Tuesday and have used force to try to control the crowds.

Hundreds of people were seen outside the airport early Wednesday. The Taliban demanded to see documents before allowing the rare passenger inside. Many of the people outside did not appear to have passports and each time the gate opened even an inch dozens tried to push through.

The Taliban fired occasional warning shots to disperse them. The U.S. Embassy has meanwhile relocated to the military side of the airport, where it is coordinating the airlift of diplomats, foreigners and Afghans who worked with the Americans and now fear reprisal.

The British government said it will welcome up to 5,000 Afghan refugees this year, and a total of 20,000 Afghans will be offered a way to settle in the U.K. in the coming years.

"We owe a debt of gratitude to all those who have worked with us to make Afghanistan a better place over the last 20 years," Prime Minister Boris Johnson said late Tuesday. The head of Afghanistan’s Central Bank meanwhile said the country's supply of physical U.S. dollars is "close to zero."

Afghanistan has some $9 billion in reserves, Ajmal Ahmady tweeted, but most of it is held outside the country, with some $7 billion held in U.S. Federal Reserve bonds, assets and gold. Ahmady said the country did not receive a planned cash shipment amid the Taliban offensive.

"The next shipment never arrived,” he wrote. "Seems like our partners had good intelligence as to what was going to happen.” He said the lack of U.S. dollars will likely lead to a depreciation of the local currency, the afghani, hurting the country's poor.

Afghans have been lining up outside ATM machines for days, with many pulling out their life savings. Ahmady said the Taliban will struggle to access the country's reserves because of international sanctions.

The "Taliban won militarily – but now have to govern,” he wrote. "It is not easy.”