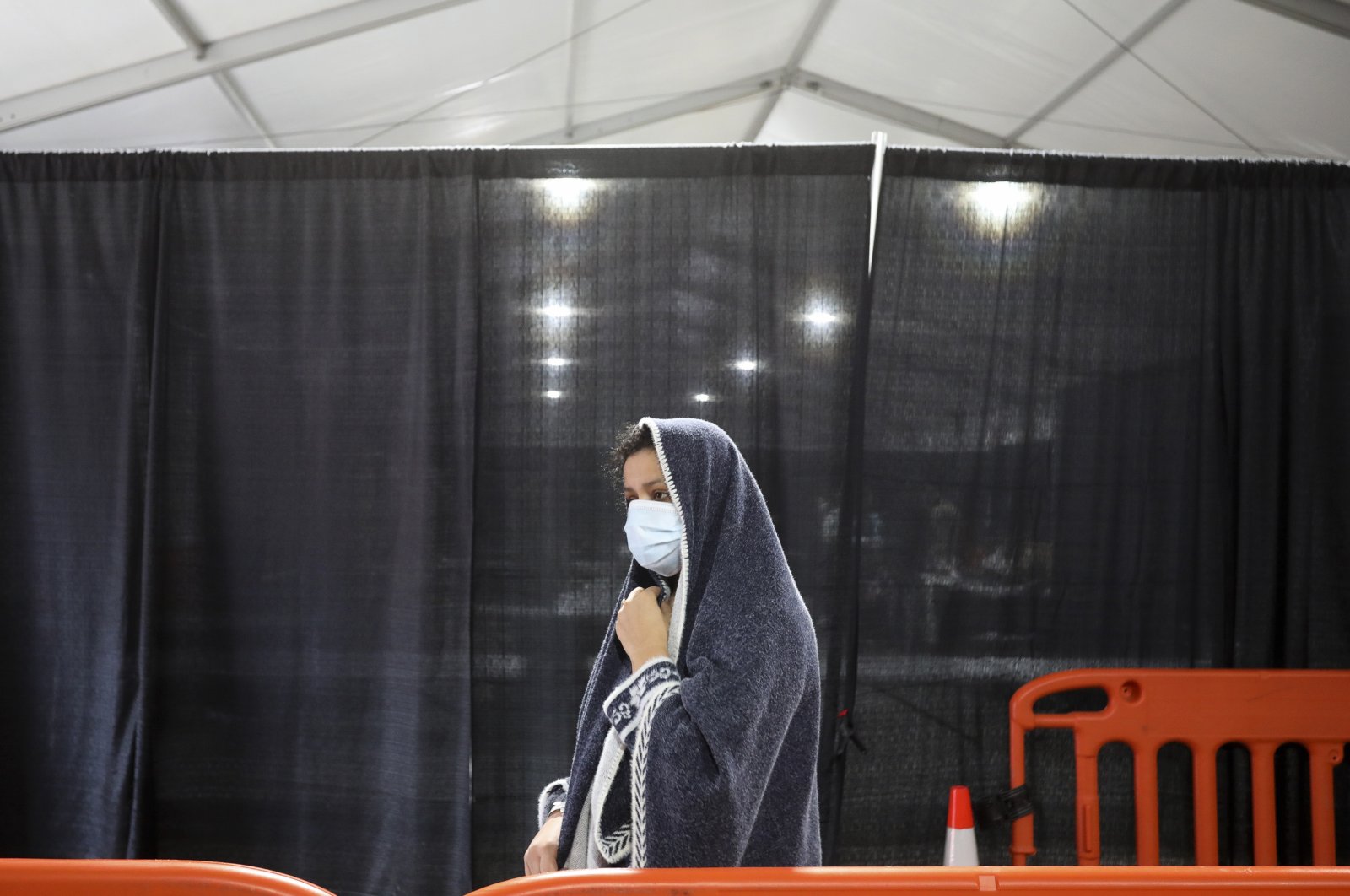 An Afghan refugee waits in line for personal hygiene products inside a distribution and donation center at Liberty Village on Joint Base McGuire-Dix-Lakehurst in Trenton, N.J., U.S., Dec. 2, 2021. (AP Photo)
by ASSOCIATED PRESS Dec 03, 2021 3:28 pm
RECOMMENDED

The Taliban decreed Friday that they are banning the forced marriage of women in the war-torn country, in what appears to be a move to address criteria that developed nations consider a precondition to recognize their government and restore aid.

The move announced by Supreme Leader Hibatullah Akhunzada came as poverty is surging in Afghanistan, following the group's takeover in August that pushed out United States and international forces and led foreign governments to halt funds that had been a mainstay of the economy.

"Both (women and men) should be equal,” said the decree, adding that "no one can force women to marry by coercion or pressure.” Women's rights improved markedly over the past two decades of international presence in Afghanistan, but are seen as under threat with the return of the Taliban, whose earlier rule in the 1990s saw them virtually cloistered.

Forced marriages have become more commonplace in the poor, conservative country, as the internally displaced marry off their young daughters in exchange for a bride-price that can be used to pay debts and feed their families.

The announced decree did not mention a minimum age for marriage, which previously was set at 16 years old.

Women in Afghanistan for decades were treated like property – as an exchange token for blood money or ending disputes or tribal feuds. The Taliban now state they are against the practice. They also said a widow will now be allowed to re-marry 17 weeks after her husband's death, choosing her new husband freely.

Longstanding tribal traditions have held it customary for a widow to marry one of her husband's brothers or relatives in the event of his death.

The Taliban leadership says it has ordered Afghan courts to treat women fairly, especially widows seeking inheritance as next of kin. The group also says it has asked government ministers to spread awareness of women's rights across the population.

Friday's announcement comes as thousands of girls from grades seven to 12 are still not allowed to attend school, and a majority of women are banned from returning to their jobs since the Taliban takeover.