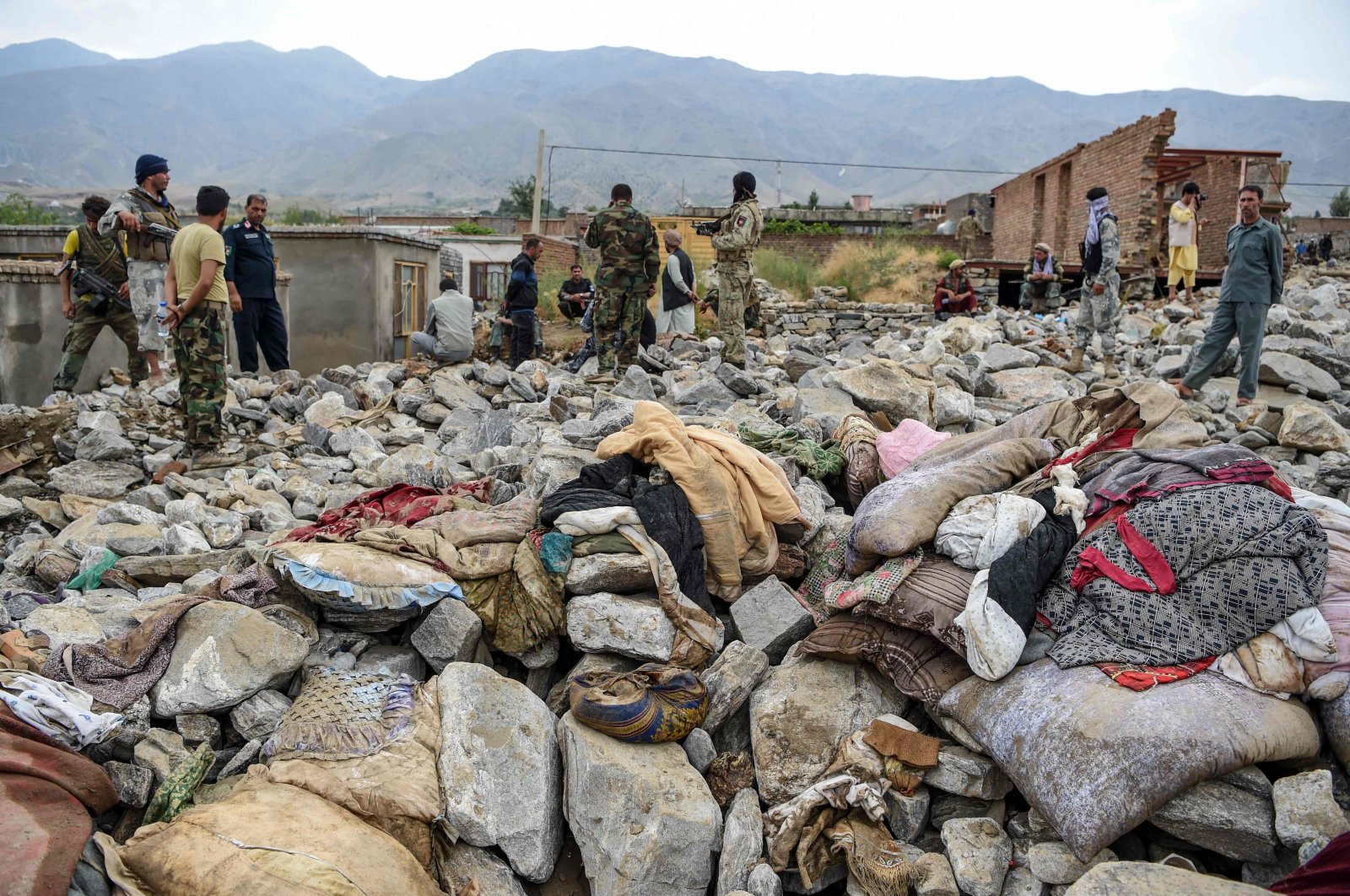 Taliban fighters killed four civilians on Thursday during clashes with Afghan forces in the central province of Parwan, amid rescue work after flash floods claimed more than 150 lives and left at least 250 people injured, officials said.

It was the latest violence amid peace talks between the warring sides that have been delayed over the issue of prisoner releases, as part of efforts to end the U.S.-led war in Afghanistan, which has spanned nearly two decades.

"Taliban fighters opened fire on civilians fleeing areas worst hit by the flash floods," said Abdul Shukoor Qudoosi, a district official in Bagram, home to the country's biggest U.S. military base and the site of the clashes.

"The Taliban were clashing with Afghan forces, and they killed civilians who were in an auto-rickshaw near an army checkpoint," Qudoosi said, adding that it appeared as if militants mistook the passengers for Afghan soldiers. One Afghan soldier was killed and two were injured.

Afghanistan regularly suffers from drought but can be lashed by very heavy rain during the South Asian monsoon season. Authorities moved more than 900 families out of parts of the mountainous province that has been devastated by the floods, which were triggered by exceptionally heavy rain this week. Security forces, officials and survivors have trudged through deep mud in the search for survivors while the effort to clear the disaster area has stretched more than 28 hours, hampered by blocked and damaged roads.

Abdullah Abdullah, a prominent politician and the chairman of the High Council for National Reconciliation, said the Afghan officials were ready to hold talks with the Taliban from September.

His comments came after a phone call with Pakistan's Prime Minister Imran Khan on Wednesday. During the conversation, Khan said bilateral relations between the countries are based on commonalities in faith and culture, according to a statement from his office.

​"Highlighting Pakistan’s positive contribution to the Afghan peace process, the prime minister stressed that the Afghan leaders must seize this historic opportunity to achieve an inclusive political settlement contributing to durable peace, security and prosperity in Afghanistan," said the statement.

Khan also extended an invitation to Abdullah to visit Pakistan soon to share perspectives on advancing the peace talks.

Abdullah thanked the Pakistani prime minister for the invitation and said he will visit soon.

"In a phone call with HE @ImranKhanPTI, I appreciated PAK's support for the peace process. We reiterated on the unique opportunity to reduce violence, start I/A talks & pursue a path to a dignified & durable peace. I thanked the PM for invitation, & visit Pakistan in near future," Abdullah said on Twitter.