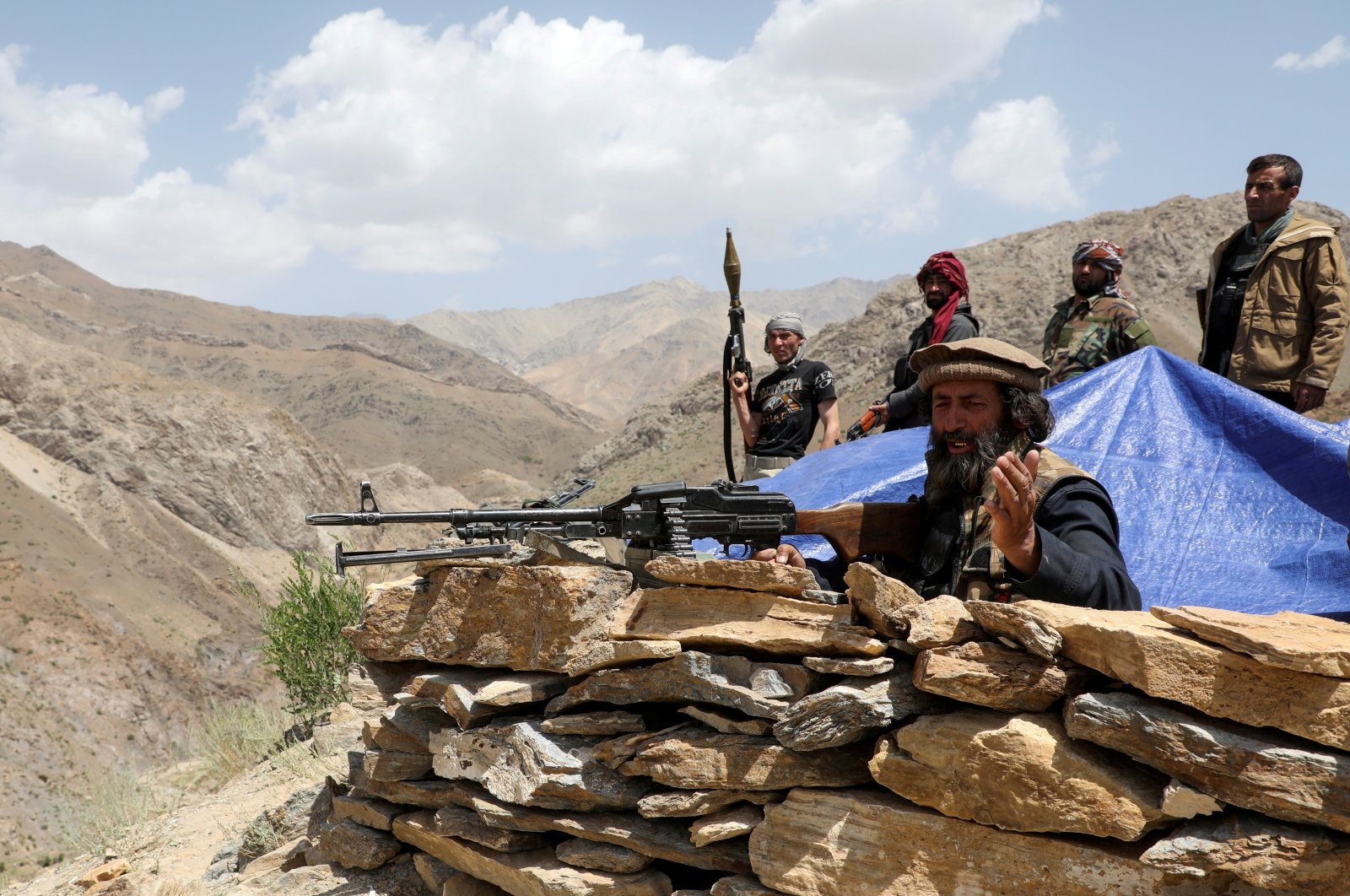 Armed men who are against the Taliban uprising stand at their check post, at the Ghorband District, Parwan Province, Afghanistan, June 29, 2021. (Reuters Photo)
by reuters Jul 07, 2021 11:01 pm
RECOMMENDED

The "retaliatory attacks" were committed by insurgents participating in a Taliban offensive that has overrun scores of districts around Afghanistan, including an estimated 150 districts in Kunduz and other northern provinces, the group said.

"The Taliban leadership has the power to stop these abuses by their forces, but haven’t shown that they are willing to do so," Patricia Grossman, the organization's associate Asia director said in a statement.

A Taliban spokesperson did not immediately respond to a request for comment.

Last month, the Taliban published on Twitter an order to "military officials" to safeguard public property and "behave well with the general public."

The Taliban launched their offensive, with a focus on the north, as U.S.-led foreign forces withdrew after two decades of war. U.S. troops abandoned their main base, Bagram Airfield, earlier this week.

HRW said it conducted telephone interviews early this month with displaced residents of Bagh-e Sherkat, a town in Kunduz province from which some 600 families fled, some to Taloquan and others to Faizabad.

Displaced residents were quoted as saying that from June 21 to 25, Taliban fighters gave them two hours to leave their homes and threatened those who the insurgents accused of providing support to the Afghan government.

"We helped the government and they left us to the Taliban," an unidentified 24-year-old woman was quoted as saying.

"The Taliban have burned our houses. We are so scared. Both sides force us to help them. We are poor people, we don’t have any choice.”