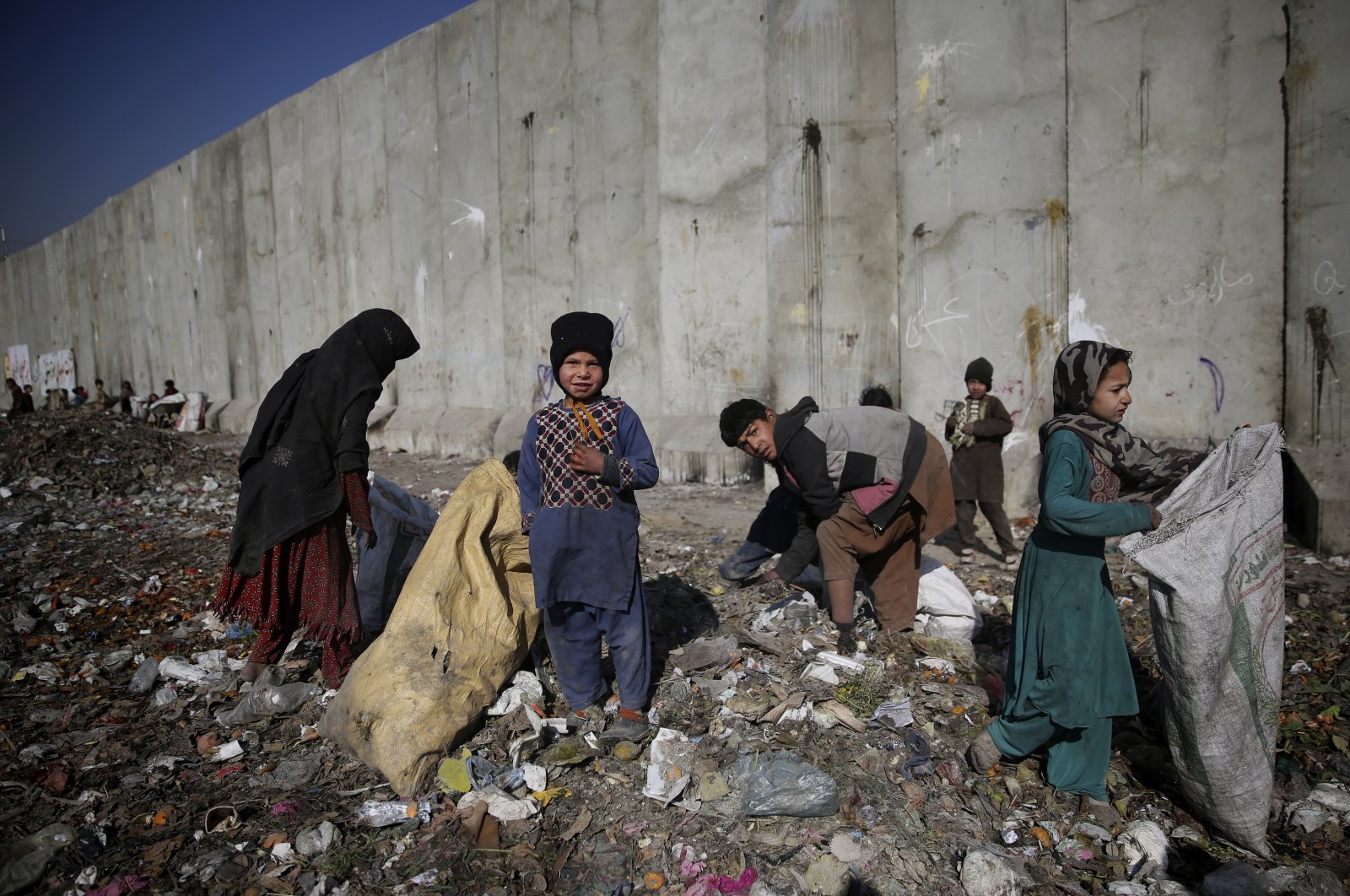 Internally displaced Afghan children look for plastic and other items which could be used as a replacement for firewood, at a garbage dump in Kabul, Afghanistan, Sunday, Dec. 15, 2019. (AP File Photo)
by French Press Agency - AFP Sep 14, 2021 4:32 pm

The Taliban thanked the countries that promised to give hundreds of millions of dollars in emergency aid to Afghanistan and called on the United States to show "heart" in future dealings.

Amir Khan Muttaqi, the Taliban's acting foreign minister, told a news conference the Taliban would spend donor money wisely and use it to alleviate poverty.

He was speaking a day after the United Nations said a total of $1.2 billion in aid had been pledged to Afghanistan, which was taken over by the Taliban on Aug. 15.

Muttaqi noted that the Taliban will strive to deliver aid to needy Afghan people in a "completely transparent manner."

He also asked Washington to show appreciation for the Taliban allowing the U.S. to complete a troop withdrawal and evacuation of more than 120,000 people last month.

"America is a big country, they need to have a big heart," he said.