Taliban to resume issuing passports to Afghans after months of delay 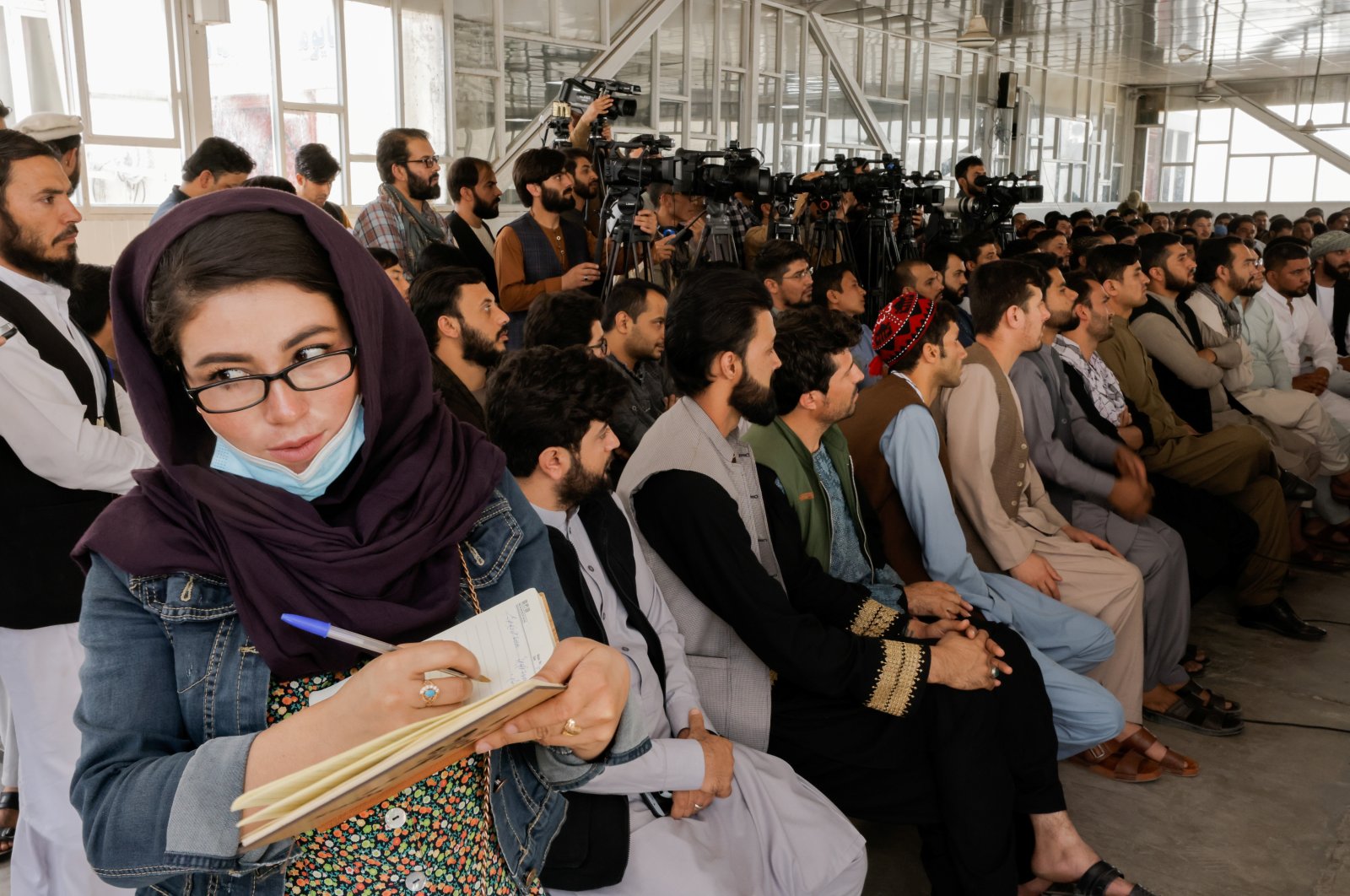 An Afghan female journalist attends a Taliban news conference where they announced they will start issuing passports to Afghan citizens again following months of delays that hampered attempts by those trying to flee the country after the Taliban seized control, in Kabul, Afghanistan, Oct. 5, 2021. (Reuters Photo)
by Agencies Oct 05, 2021 2:46 pm
RECOMMENDED

Afghanistan will start issuing passports to its citizens again on Tuesday, a senior official said, following months of delays that hampered attempts by those trying to flee the country after the Taliban seized control in August.

Acquiring a valid passport brings Afghans a step closer to leaving the country as many are unwilling to live under strict Taliban rule or are simply seeking better opportunities in more developed countries.

Speaking at a press conference in Kabul the new director of the passport office in Afghanistan, Mawlawi Alem Gul Haqqani, said that the passports of up to 25,000 applicants were ready to be issued. He said between 5,000 and 6,000 passports would be issued each day, according to Reuters.

"No male employee has the right to perform a biometric (check) or other passport work on a woman," he told reporters in Kabul, the capital.

The process, which had slowed even before the militants' return to power following the withdrawal of U.S. forces, will provide applicants with documents physically identical to those issued by the previous government, the official said.

At the same conference, Taliban Interior Ministry spokesperson Qari Saeed Khosti told the briefing that 25,000 applicants had reached the final stage of paying for passports, with roughly 100,000 applications in the earlier stages of the process pending. He said that all female employees of the passport department have been recalled to return to their duties, apparently to handle passport matters and biometrics for female applicants.

According to Deutsche Presse-Agentur (dpa), Khosty said that for the time being, the new passports will be issued with the same title – the Islamic Republic of Afghanistan – until a new decision. Authorities said 170,000 people had applied for the passport before the Taliban seized power in Kabul.

Thousands of Afghans who are willing to leave the country following the collapse of the internationally backed Afghan government are currently stuck due to the lack of essential travel documents and the cancellation of international commercial flights.

Outside the passport office in Kabul, a resident, Najia Aman, said she was relieved it was open again so that a member of her family could get a document to travel abroad for medical treatment.

"I am very happy the passport office has been reopened," she said. "We faced a lot of problems and we could not get a passport to go to Pakistan for his treatment."

So far the Taliban has not allowed girls beyond grade six to return to school, and many women have not been allowed to resume their jobs.